I followed filmmaker and Monaco resident Marco Orsini during one of his shootings at Villa E1027, in Roquebrune Cap Martin, for his documentary Gray Matters that is being produced in parallel with the film The Price of Desire by Mary McGuckian. Both films intend to unravel and duly recognize Irish architect and designer Eileen Gray’s extraordinary contribution to modernism. Gray Matters is the story of Eileen Gray, the 20th Century artist whose vision, imagination and sensibility changed the way we live, both within houses and their furniture. The documentary is a historical, scholarly and cinematic investigation of the life of one of the most significant, but otherwise little known contemporary artist.

When shooting at Villa E1027 Marco Orsini considered it very important to interview Robert Rebutato, son of Thomas Rebutato a plumber from Nice who in the late 1940’s bought a piece of land adjacent to Eileen Gray’s Villa1027 house by the sea built in collaboration with Romanian architect Jean Badovici. The older Rebutato erected a weekend family home that in 1949 he transformed into a modest restaurant-bar called L’Etoile de la Mer. One of his first and then frequent clients was no other than architect Le Corbusier who frequented the white villa (E1027), and who three years later built his famous 16m2 Cabanon attached to the restaurant, as his summer retreat. The artist painted murals on the façade of the restaurant and inside that forever transformed it, same as he has done in VillaE1027 with the approval of Jean Badovici against the advice of Eileen Gray eclipsing her architectural style, and changing history forever. The architect will also build in 1957 five camping units for the restaurant. Apart from the accounts from his father, as a child Robert Rebutato had the chance to spend time with Le Corbusier and was able to share crucial information about the special characters inhabiting the neighbouring white villa. Rebutato explained that two owners followed after the disappearance of Jean Badovici in 1956, the second assassinated on the site in 1996. Then the villa was emptied of its furniture that had been designed by Eileen Gray, then abandoned and literally vandalised. Rebutato’s heirs decided to donate their property to the State under condition to acquire the Villa E1027 to constitute a territorial cultural patrimony. The documentary will focus particularly on the contemporary relevance of Eileen Gray’s Modernist and Minimalist architectural and design achievements, and thus follow the final stages of the project to finally complete the restoration of the Villa E1027 as the site prepares to open to the public later in the year.

The main objective of the documentary is to answer the critical questions of who Gray was, what she did and how her avant-garde vision contributed to building the world we inhabit today. Marco Orsini and his crew travelled to Ireland and Paris to research Gray’s family background, her education, as well as her professional apprenticeship in the rigorous and rarefied art of Japanese lacquer work, from which she began her multi-dimensional career. Of aristocratic birth and financially independent, she was a woman of wide and celebrated acquaintance who spent her life at the epicentre of modernist creative foment. She experienced early triumphs, followed by middle-aged obscurity, and bursting acclaim during her later years. Gray Matters will consider her characteristic passion for art, design and architecture, her dedication to her work and faith in her original vision, while chronicling her inspiration, her challenges and her influence, as well as the tragedies and controversies of her fascinating life. All things considered, essentially prove that Gray Matters. 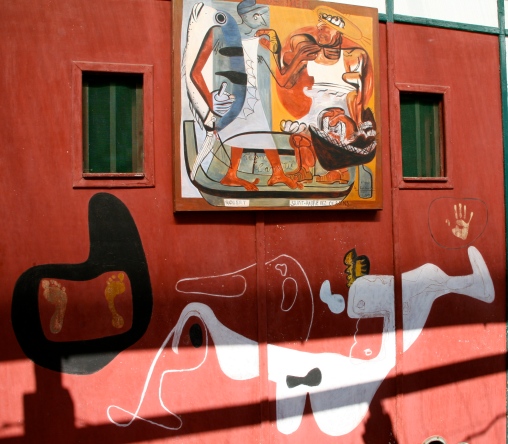 Marco and crew filming from the water @CelinaLafuenteDeLavotha 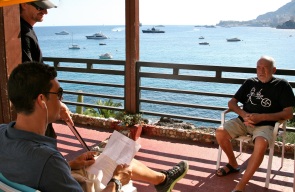 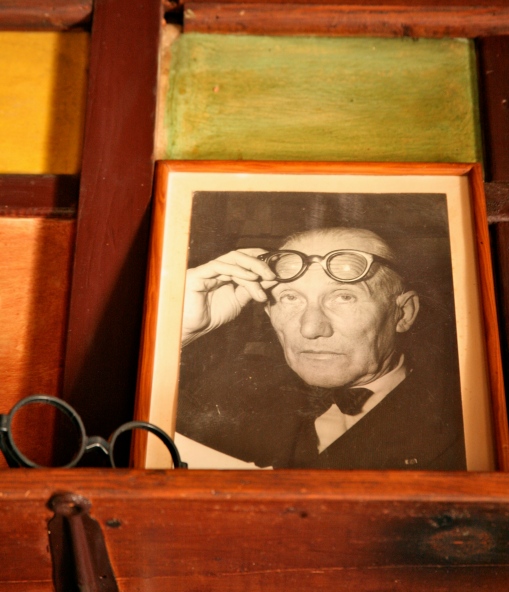