On October 14, The Price of Desire feature movie by Mary McGuckian was presented to New York’s 20th Century Art World hosted by De Lorenzo Gallery. The director and leading cast were there to introduce the film to a selected audience of key Eileen Gray collectors.

Authentically cast, with Irish actress Orla Brady as Eileen Gray, Swiss actor Vincent Perez as her nemesis, Le Corbusier and Francesco Scianna and Alanis Morissette as her lovers the architect Jean Badovici and French chanteuse Marisa Damia, the film explores the triangular tale of insidious chauvinism experienced by this remarkable bisexual Irish artist, architect and designer as a universal female experience, while cinematically evoking the essential aesthetic of Eileen Gray. 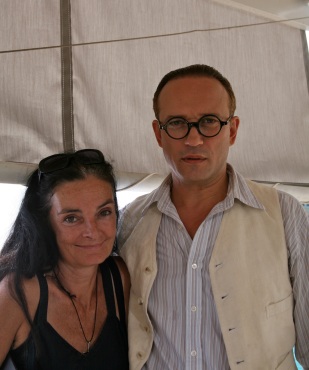 Mary McGuckian and Vincent Perez on the set of The Price of Desire in Eileen Gray Villa in Roquebrune, France

A limited edition box set of Eileen Gray Project Portraits of the cast in character by Julian Lennon, were also unveiled by Sandra Gering Gallery for ‘friends of e1027’ on behalf of publishers Stoney Road Press, prior to the screening. 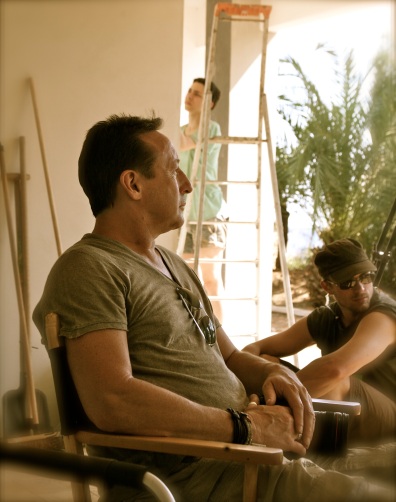 This controversial story of how the Father of modernism, Le Corbusier, effaced and defaced Eileen Gray’s moral right to be recognized as the author of her work and one of the most forceful and influential inspirations of a century of modern architecture and design is also re-examined in light of recent findings in Marco Orsini’s revisionary documentary Gray Matters, that premiered on October 15, 2014.

Many of the experts who contributed in the The Price of Desire’s development, participated in the companion documentary which premiered as the opening night film of the NYA&DFF, also participated in a subsequent symposium moderated by film-maker Mary McGuckian on Saturday, October 19. Among them was Professor Caroline Constant author of Eileen Gray, Doctor Jennifer Goff curator of The Eileen Gray archive at the National Museum of Ireland and collector Stephen Kelly of Stephen Kelly Gallery.

More than a movie, more of a movement..

‘More than a movie, more of a movement‘, says McGuckian about the way in which the many worlds of Eileen Gray contribute to this project. From the re-enactment of the famous YSL-Pierre Berger auction sale of her Dragon Chair for US Dollars 28.000.000 at Christie’s in Paris, to the support of Aram Design during the production’s restoration work on her Villa e1027 in the South of France, one of the most important modern architects and designers the world has never heard of is now also the subject of an exhibition organized by Centre Pompidou and Bard Graduate Centre Gallery, a book, Eileen Gray: Her World and Her Work by Dr Jennifer Goff and a sound-track by Brian Byrne featuring Alanis Morissette singing Marisa Damia’s standard On Danse a La Villette. Finally, Eileen Gray’s Villa e1027, central to the story of The Price of Desire, will be opened to the public in May 2015.