Recommendations to improve Olympic Games approved by unanimity in Monaco

On Sunday, December 7, 2014, HSH Prince Albert II opened the 127th session of the International Olympic Committee (IOC) at the Grimaldi Forum in Monaco, with the attendance of 140 IOC wise members, among almost 1.000 participants from all over the world. Monaco created its Olympic committee back in 1097, and its first participation in the games dates from 1920 in Antwerp, Belgium.

In his discourse, Prince Albert emphasized that the decisions to be taken during this 2-day session were of the utmost importance for the future development of the Olympic games moving towards 2020. Thomas Bach, IOC president was quoted saying: “We need to change because the sport is today too important in society to ignore it. We must have an open dialogue with society, anticipating the upcoming challenges.” The main concern over all others, the question of athletes’ doping, that he (Bach) wishes should disappear with a stronger education accompanied of a prevention program. 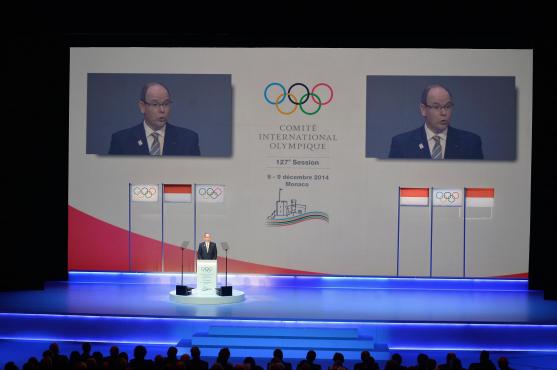 For the opening ceremony the Made-in-Monaco performing arts were present with the Opera choir interpreting the Olympic and Monegasque anthems. They were preceded by an extraordinary performance by the Monte-Carlo Ballet of “Towards a wise country” (Vers un pays sage) choreographed by their director extraordinaire Jean-Christophe Maillot. An appropriate title that evoked the goals set forth by the IOC.

40 Recommendations approved by unanimity by IOC

The morning after, on their first working day, the International Olympic Committee (IOC) approved in unanimity the list of 40 proposed recommendations, a real strategic roadmap for the future. Initially it was programmed to hold debates and voting during the 2 days, but it was all done on that first day.

On this occasion HSH Prince Albert, president of the IOC Sports and Environment Commission, took the stage to give an account of the results of the working group “Sustainability and Legacy”. His main objective is to place environmental sustainability in the heart of the organization of the Olympic games.

The recommendations, that are meant to revamp the organization and development of the games go from increasing the number of sports, to allowing events to take place outside the host country or city in exceptional circumstances, increasing two fold the participating women athletes, and limiting the number of athletes and trainers to 10,500 and 310 events. Plus the creation of an Olympic television channel

Another proposition to lower bidding costs, is to decrease the number of presentations by the potential hosts, as well as getting extra financial support from the IOC. The new bidding process, meanwhile, is aimed at making the system cheaper and more flexible to attract future candidates. Bidding for the 2022 Winter Games saw four of six candidates drop out because of financial concern.

No changes will be implemented for the 2016 Olympics in Rio de Janeiro, but both baseball and softball could now be included in the 2020 Games in Tokyo given they are highly popular in Japan. To make this possible, existing Olympic sports would need to reduce the number of events they stage. Other potential sports that could be included would be synchronized swimming and maybe triple jump. Squash, which has failed on numerous occasions to win a place in the Olympics, could also benefit from the changes.

Thomas Bach, IOC president stated: “These 40 recommendations are like pieces of a jigsaw puzzle. When you put them together, a picture emerges that shows the IOC safeguarding the uniqueness of the Olympic Games and strengthening sport in society.”

In the evening of the first day a Gala Dinner was organized at the Salle des Etoiles at the Monte-Carlo Sporting Club where 19 Olympians from Sotchi (February 7-23, 2014) received the Golden Ring trophy. 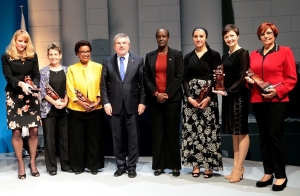 The highlight of the closing of the overall session was the Trophy Ceremony of “Women and Sport”, created back in 2010 to encourage and reinforce the participation of women in sportive activities or within the administrative structure. The world trophy went to the Tunisian Meriem Cherni Mizouni, swimming ex-champion delivered by Thomas Bach, IOC president. The other five trophies awarded 5 women each from a different continent.

Two medals were given by the IOC to members of this session’s organization, notably HE Mme Yvette Lambin-Berti, as well as Coronel Luc Fringant, David Tomatis and Sebastien Gattuso, all part of the Organization committee. 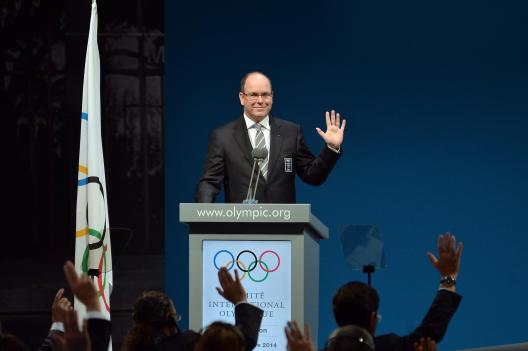 Thomas Bach gave a medal to HSH Prince Albert and thanked the Principality for their welcome: “Thank you for this warm hospitality and the organization of the session. We have worked in excellent conditions and HSH Prince Albert II has given a remarkable contribution to the birth of the 2020 olympic agenda”. The Prince was moved by this gesture and responded that the medal does not belong to him and he shares it with the organization committee. He said that the 2-day working session saw the adoption of the agenda 2020 and he was satisfied with the decisions that had been taken. He added: “I am very happy to hold it here, in the Principality.”

After 1927 (26th session) and 1993 (101st session), the Principality of Monaco welcomed the 127th session of the International Olympic Committee (IOC). During several months and under the presidency of HSH Prince Albert and under the supervision of HE. Mme Yvette Lambin-Berti, General Secretary of the Monegasque Olympic Committee and General Chief of the organization, several commissions were created: accreditation, welcome, lodging, food and beverage, airport, events, decoration, communications, press, protocol, diplomatic relations, medical, security, transfers and so on.

Almost 200 volunteers, without counting the IOC staff of 150 people, worked during several months for on site the preparations. Men, women, active and retired people from every horizon (Monegasques, residents or those from neighboring countries), gave their support and their help to make this extraordinary event to happen. 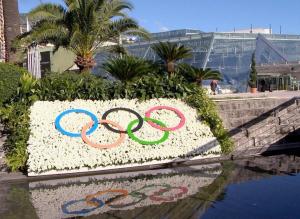 The Urban Development department used 5,000 flowers to decorate the town, apart from creating a floral composition with the Olympic rings at the entrance of the Grimaldi Forum. 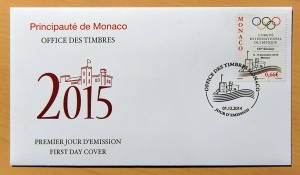 The Postal Emission Office of Monaco created a commemorative stamp (0,66 Euro) and envelope were created for the occasion for the participants and avid collectors, with 35.000 in circulation. In this way this institution assures a qualitative visibility of the Principality that goes over and above its territory, at the same time conveying the history and tradition of the country.