The troupe of the Ballets of Monte-Carlo closed 2014 with Faust created in 2007 by their director Jean-Christophe Maillot that he dedicated to Maurice Bejart, with music from 19th century Hungarian composer and virtuoso pianist Franz Liszt, played by the Philharmonic Orchestra of Monte-Carlo and the chorus of the Opera of Monte-Carlo under the direction of French conductor Nicolas Brochot. The stage for this unusual ballet depicting a universal myth, was designed by scenographer extraordinaire Rolph Sachs from Switzerland, with costumes by Parisian artist Philippe Guillotel that add to the powerful drama on stage.

It is no chance that she would choose Faust, the powerful and mesmerizing drama by Jean-Christophe Maillot for her last dance on the last day of 2014. The Belgian born, statuesque ballerina of 44 years old, was quoted saying: “It is a role I adore!” and she added: “I feel good in this ballet that corresponds to who I am today.” 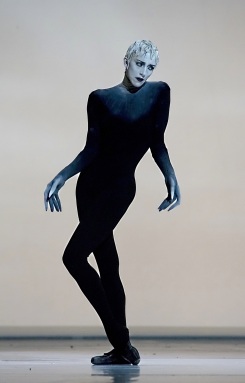 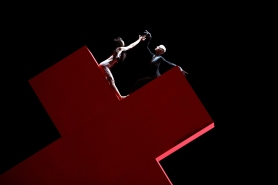 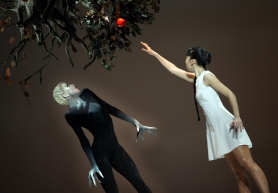 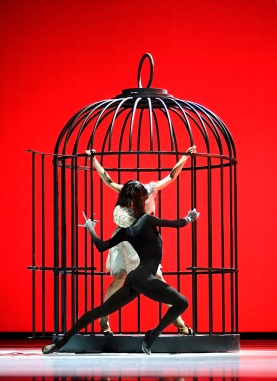 Although Bernice may be hanging her ballet pumps, she will not leave the dance world, as she will remain alongside Jean-Christophe Maillot, a complicity that started over more than 20 years ago, but as Ballet Mistress, to continue serving the highly creative work of the choreographer. Bernice was quoted saying to this effect: “It is a way to thank him for everything he has given me. Through the bodies of other dancers, I will perpetuate the love I have for his work.” Bernice has helped Jean-Christophe Maillot to stage his productions at major ballet theatres in Europe, Korea and in the United States.

Bernice assisted Jean-Christophe in his latest creation The Taming of the Shrew for the Russian Bolshoi Ballet. In a recent interview about this ballet Jean-Christophe said: “The main obstacle was the language barrier. Fortunately, Bernice Coppieters assisted me in translating my ideas into movements. Thanks to her and her immediate understanding of my intentions, the dancers were able to see how I functioned and how I choreograph through a dancer. They understood that I was not there to teach them the steps but to bring to life the emotions hidden deep within them. It was by seeing me with Bernice that they understood the adventure in which we would all participate.” 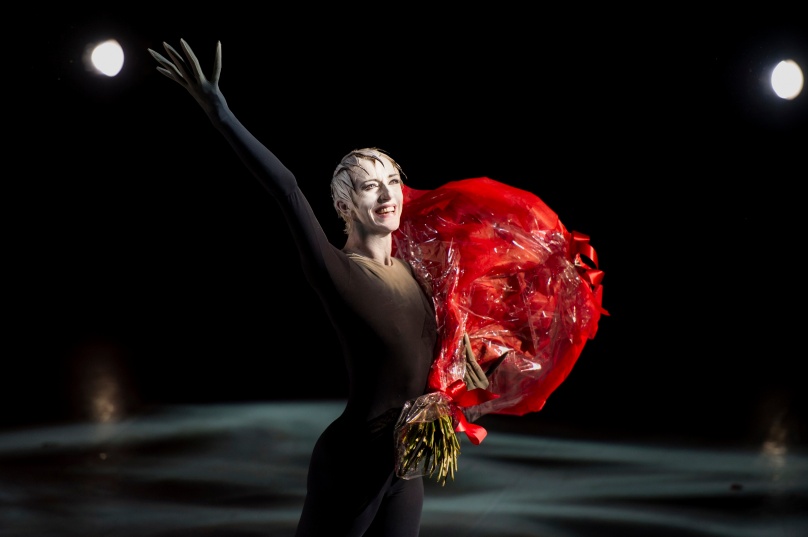 The legend of Faust

Goethe’s Faust is a tragic play in two parts created in the early 1800’s followed by subsequent revisions, considered as his most famous work and considered by many to be one of the greatest works of German literature.

Faust forsakes God and makes a hazardous deal with the Devil (Mephistopheles), committing his soul after death, to eternal damnation in return for transcendent knowledge denied to the rational mind, in his life. But he is faced with the failure to control the path forged by his ambition. The legend is based on an actual medieval magician and alchemist known as Dr. Johann Georg Faust who lived in the area of northern Germany in the 15th century. The fable has inspired many writers, musicians and other artists that created many variations on the theme in theatres, music, film, poetry, art and literature. The version of Faust choreographed by Jean-Christophe Maillot is a real chef-d’oeuvre, where each scene depicts a setting of exceptional beauty, where the audience is invited to join Faust in his impossible crusade.