E-driver Di Grassi ready for round 6 in California

When Monaco resident, Swiss born, entertainment entrepreneur and philanthropist Michael Merkt, is not busy producing award-winning movies like “Map to the Stars” (2014), starring top American actress Julianne Moore, or generously supporting worthy causes, he sponsors sports figures through his company KNM. Among others, KNM supports Monaco resident driver Lucas Di Grassi racing for Audi Sport ABT in the FIA Formula E Championship, where he combines the love for the sport and the environment. He is surely backing the right horse because di Grassi, holds the second position in the championship standings, and before his recent battery issues in the Miami E-Prix on March 14, 2015, he had been Nbr.1. 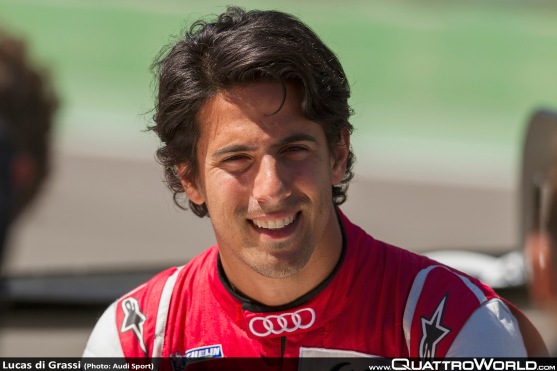 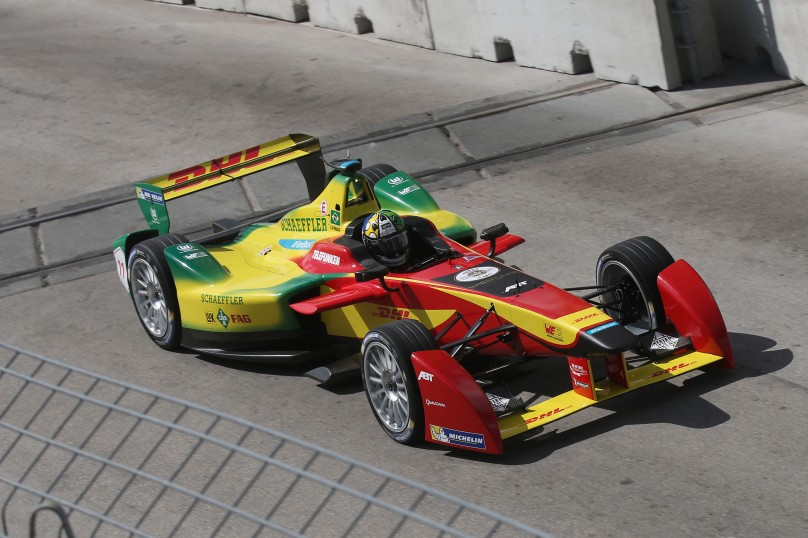 From karting to E-racing

Lucas Tucci di Grassi was born August 11, 1984 in San Paulo, Brazil. At 10 years old he got into karting after an invitation by his father that gave him his purpose in life and a few years later he was already winning races. He debuted in 2003 in the South American Formula 3 series and finished second. He then transferred to the British Formula 3 Championship and after two victories he got to the eighth position. Two years later he moved to Formula 3 Europe finishing third and won the annual Macau street race. In 2006 he started racing in GP2 series, before arriving to Formula 1 and becoming the official driver for Virgin F1 team during the 2010 season. Di Grassi confessed that: “GP2 was my finishing school, my university before I got the job in Formula One. While other categories like F3 are important, I think GP2 plays a very important role as a fine tuning category; it is a fast car, very close to F-1, and you race at the same circuits.” 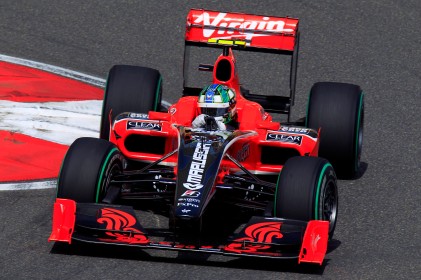 Di Grassi currently competes for the Audi Sport team in the FIA World Endurance Championship (WEC), and races in the FIA Formula E Championship for Audi Sport ABT, becoming the first driver in motorsport history to win a motor race in an all electric single-seat racing car at the 2014 Beijing E-Prix. Formula E “is just in its first year,” Di Grassi says. “I believed in the series from the beginning. The TV numbers have been quite good, and we’ve had good crowds, one of the best for a new series. I believe the cars will evolve very quickly, become faster and faster. Not only as technology evolves, but as the teams evolve.” 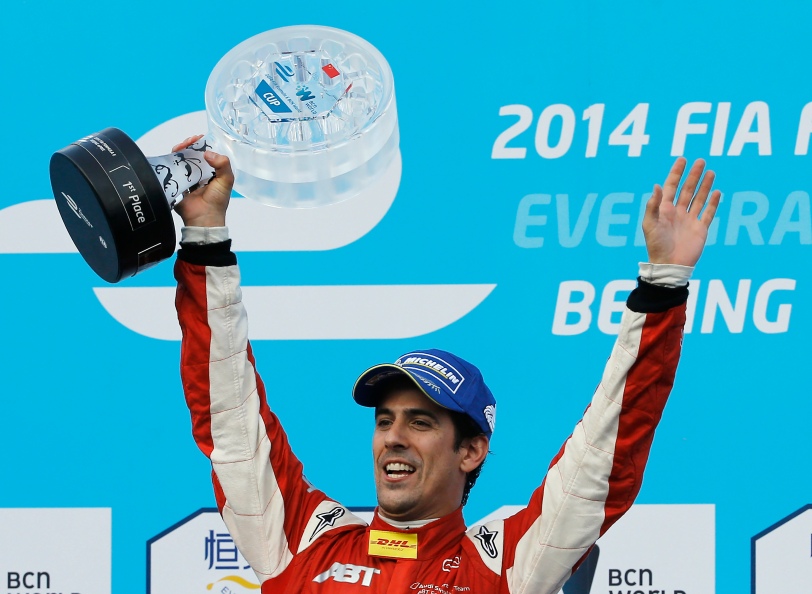 In discussing his performance in Miami Di Grassi said: “I had a good strategy and everything was going ok so far. Then the car started to lose performance due to a battery overheating”, now holding second position in the championship standings, although only seven points behind Prost (67 – 60). Next round of Formula E is scheduled for April 4th on the streets of Long Beach, California.

FIA Formula E Championship standings after round 5 in Miami

Focus on sustainability and making a difference

Formula E is a new FIA championship featuring Formula cars powered exclusively by electric energy. It represents a vision for the future of the motor industry over the coming decades, serving as a framework for research and development around the electric vehicle, accelerating general interest in these cars and promoting sustainability. The Championship competes in the heart of 10 of the world’s leading cities, racing around their iconic landmarks.

For the inaugural season, 10 teams, each with two drivers, will go head-to-head creating a unique and exciting racing series designed to appeal to a new generation of motorsport fans. For the 2014-15 season, 10 teams will contest the series, each one fielding two drivers; each driver having two cars, for a total of 40 cars. 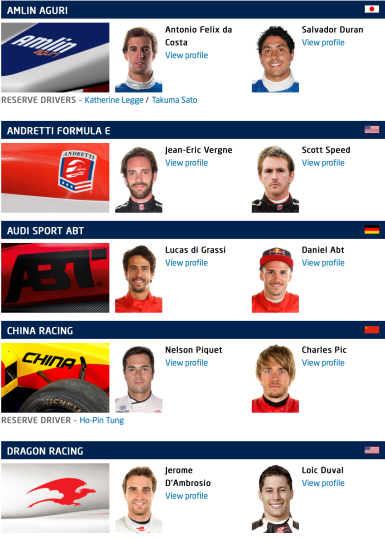 For the first season, all teams have been supplied an electric racing car built by Spark Racing Technology, called the Spark-Renault SRT 01E. The chassis has been designed by Dallara, with an electric motor developed by McLaren (and is the same as that used in its P1 supercar), a battery system created by Williams Grand Prix Engineering and a Hewland five-speed gearbox. Michelin is the official tire supplier.

The E-race coming to Monaco

The Monaco E-Prix will be Race No.7 in the Series scheduled for Saturday, May 9, 2015, two weeks before the traditional F1 Grand Prix, and emphasizes the Principality’s commitment to promoting New Energy and Sustainability. The Automobile Club of Monaco has produced a Formula E version of the Grand Prix Circuit, incorporating the Start-Finish straight, the new right hander at Sainte Devote, the swimming pool section and the famous La Rascasse corner. 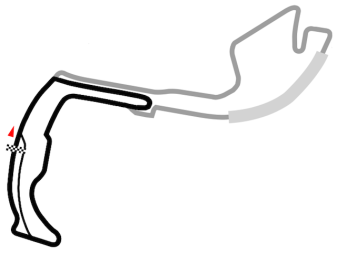 E-version of the Grand Prix circuit in Monaco