Monte-Carlo tennis masters gets underway on the Yacht Club’s roof!

This Saturday, April 11, 2015, was the kick-off event of the highly anticipated Monte-Carlo Rolex Masters, not on clay but on water! Well not exactly, the mini-tennis exhibition between Swiss Stan Wawrinka, winner of last year’s tournament and world No. 9, and Serb Novak Djokovic, world No.1, took place on the upper terrace of the Yacht Club of Monaco, the state of the art building designed by Lord Norman Foster that looks like a giant vessel and is docked permanently on the port.  Both top players enjoyed this unique experience, only disturbed by the cries of the seagulls attacking the camera drone that was invading their habitat!

Stan Wawrinka and Novak Djokovic ready for the exhibition @CelinaLafuenteDeLavotha 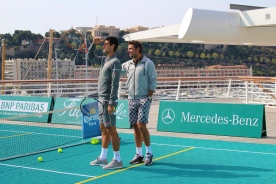 Novak and Stan during play @CelinaLafuenteDeLavotha

The exhibition was followed by the main draw in the Riva Aquarama Lounge in the presence of tournament director extraordinaire and former tennis players, the Croatian Zeljko Franulovic, Elizabeth-Anne de Massy, President of the Monte-Carlo Country Club and the Monegasque Tennis Federation, her daughter Melanie-Antoinette de Massy, Patrice Cellario, Minister of Interior, and other distinguished personalities, including former Australian tennis player Pat Cash now turned TV commentator. The honor guest was Stan Wawrinka who, as the tournament’s title-holder, took the first number out of the trophy to start the Singles draw for the competition. 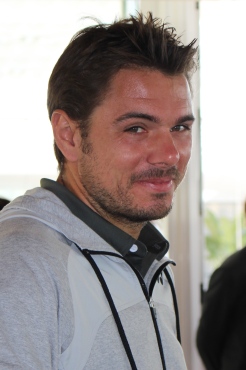 The coveted trophy exhibited during the main draw @CelinaLafuenteDeLavotha 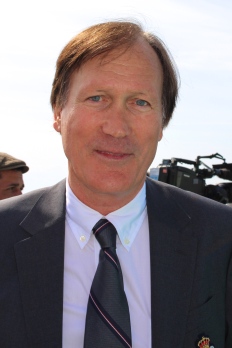 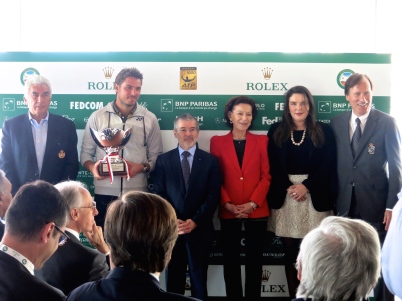 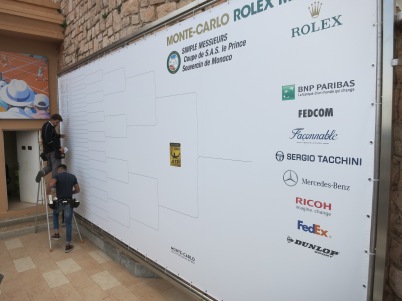 Cilic and friends show they care

In parallel at the Monte-Carlo Country Club the qualifications matches were being played in all courts. In the afternoon Marin Cilic and friends put together a charitable tennis exhibition, with the funds raised benefiting the associations Special Olympics, of which HSH Princess Charlene has been appointed Global Ambassador, and Fight Aids Monaco, presided by Princess Stephanie. Among the players who joined Cilic were Italian Andreas Seppi, Canadian Milos Raonic, Bulgarian Grigor Dimitrov, former player turned coach Croatian Ivan Ljubicic, former player Swedish Thomas Johansson, with the surprise participation of Rafa Nadal and Novak Djokovic. It is great to see all these pros get together for a good cause! 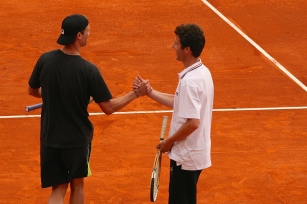 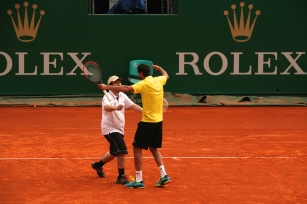 The fans came in numbers to support the charitable event @CelinaLafuenteDeLavotha 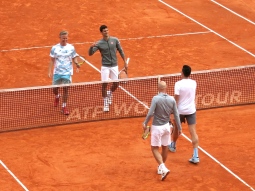 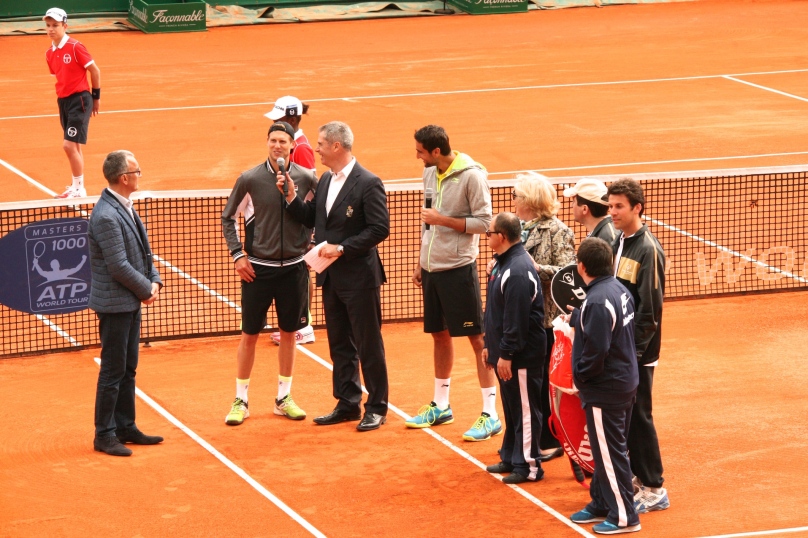 Keep tuned for updated information on the Monte-Carlo Rolex Masters!