As expected top guns rushed to next round in Monte-Carlo

The 33-year-old Swiss Roger Federer, who is World No. 2, debuted on central court in Monte-Carlo and rushed to the third round after beating French Jeremy Chardy 62 61, recording his 17th victory in 19 matches this year. Playing in the tournament for the 12th time, surely he dreams of conquering the winner’s trophy this time around, after being defeated by Nadal a few times and last year by compatriot Wawrinka. He will face French Gael Monfils who won over Alexandr Dolgopolov.

World No. 5, Rafa Nadal from Spain, who is 28 years old, stopped the hopes of the young French Lucas Pouille, who is 21 and ranked No.108. And he did it expeditiously in 69 minutes in two straight sets, 62 61. It was a tall order for the wild-carded young player to face the king of clay in a place he feels like home, but it was a great opportunity for him to play in center court at this prestigious tournament in front of a packed tribune. Lucas is in continuous progress so we will hear more about him in the future. Rafa will meet American John Isner next. 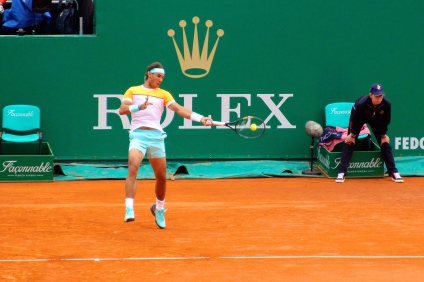 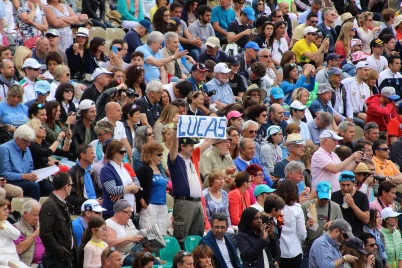 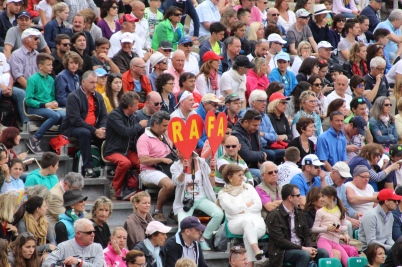 The 30-year-old Swiss Stan Wawrinka World No. 9, had to work a little harder than Roger or Rafa to dispatch Argentine Juan Monaco, who turned the tables and played better in the second set and managed to be ahead for a few games. But the Swiss who is the current title-holder came back with a vengeance and won in two straight sets 61 64. Wawrinka will open the program on Thursday playing against Bulgarian Grigor Dimitrov who defeated temperamental Italian Fognini. 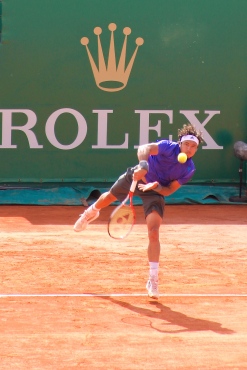 French favorite Jo-Wilfried Tsonga who is ranked 14th in the world, defeated David Goffin of Belgium in two straight sets 63 64. Goffin, who is the No. 1 Belgium player, has defeated several higher-ranked players such as Isner, Stepanek, Troicki, Raonic and even Tsonga, but this time “Ali” claimed victory and seems to be in great form after recovering from a long injury. He will face Croatian Marin Cilic on Thursday. 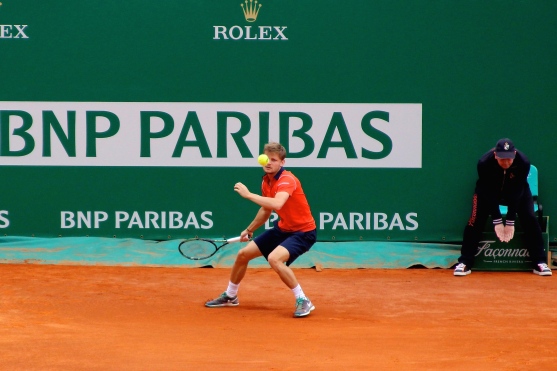 D. Goffin with the ball in the eye! Apr 15, 2015 @CelinaLafuenteDeLavotha

“I have always considered tennis as a combat in an arena between two gladiators who have their racquets and their courage as their weapons.” Yannick Noah