A book honoring the woman who inspired him

After the lavish 40th anniversary celebration in November 2014, the Adriano Ribolzi Gallery continues the trend of organizing unique memorable events. This past Thursday, May 28, 2015, Adriano and lovely wife Niky gave a warm welcome to a long time friend of more than four decades, French aristocrat and fashion designer Count Hubert de Givenchy, in the presence of HSH Prince Albert II of Monaco and HRH Princess Caroline of Hannover. Among the many distinguished personalities who came to pay tribute to the famous couturier was Swiss designer Albert Kriemler from Akris.

Givenchy, a legendary personage who is larger than life, was invited to a reception for the signing of his latest book “To Audrey with Love”, dedicated to his muse and close friend Audrey Hepburn. He was accompanied by the book’s artistic director Christiane de Nicolay-Mazery. 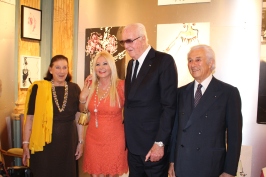 The designer had originally met Audrey Hepburn in the set of Sabrina in 1953, just a year after he had opened his own fashion house, and he later created the black dress the actress wore in Funny Face (1957), Breakfast at Tiffany’s (1961), How to Steal a Million (1966), and many others.

Audrey Hepburn wearing dress by Givenchy in the movie Sabrina

Black dress wore by Audrey Hepburn in Breakfast in Tiffany’s

In 1991 the fashion world gathered at the Palais Galliera in Paris to celebrate Hubert de Givenchy and his work. It was a magnificent retrospective exhibiting 40 years of the master couturier’s unparalleled designs, many of which were worn by Audrey Hepburn, whose presence at the opening dazzled everybody in the room. She was certainly not going to miss the opportunity to laud her longtime friend.

The Fashion Designer and His Muse

To Audrey With Love 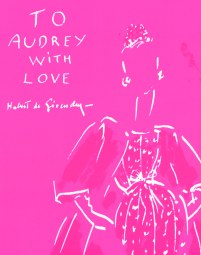 This time it was Givenchy who wanted to honor Audrey, so he created this book as a gift to his longstanding friend who was such an inspiration for his many creations. In the preface of the book Givenchy wrote: “With the passing of time that goes so fast, I wish my dear Audrey, to send you this present in colors. A few sketches retracing all those years of happiness and work done together. You had the passion for dresses. You knew how to carry them better than anybody, you gave them a more intense life. This book of souvenirs evokes the memory of a beautiful friendship, the one we have shared forever.”

This palatial book is an alluring collection of 150 annotated fashion sketches produced by Hubert de Givenchy in 2014 honouring his great friend an muse. From cover to cover de Givenchy’s drawings twirl on the pages, taking you on a voyage through his most beautiful designs, from the famous Bettina bluse of 1952 to the wedding dress of his last collection in 1995.

We also find his creations for the Empress of Iran, HRH Princess Grace of Monaco, HRH Prrincess Caroline of Hannover, the Duchess of Windsor, Jackie Kennedy Onassis, Elisabeth Taylor, Marlene Dietrich and many other quintessential personalities. The book is an splendid source of inspiration for all fashion enthusiasts and the lovers of the unrivaled Gyvenchy style, synonym of French elegance. 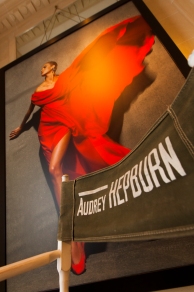 One of the models wearing a Givenchy creation @Mr Skrebeneski 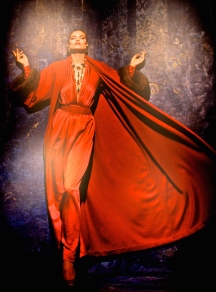 The exhibition will be open until May 30, 2015, at Adriano Ribolzi Gallery, 3 Avenue de l’Hermitage in Monaco – http://www.adrianoribolzi.com – Part of the proceeds of the sale of the book and sketches will benefit an association created by Audrey Hepburn to help children in need.

“Elegance is the only beauty that never fades”. Audrey Hepburn