A congress dedicated to roses

The beautiful Princess Grace Rose Garden in Fontvieille, Monaco, has received the coveted “Award of Garden Excellence 2015”, within the framework of the 17th World Rose Congress, that took place in Lyon, France, from May 27 through June 1, 2015 in Lyon. After Japan (2006), Canada (2009) and South Africa (2012), more than 500 participants from 40 different countries gathered to attend the conferences, visits and ateliers.

The World Federation of Rose Societies (WFRS) selected by unanimity the Princess Grace Rose Garden for the prestigious award, for its originality, the number of rose trees, their variety, the quality of maintenance and the public alure.

“We are proud of this honor received by this magnificent garden, to the Principality, to the personnel form the Urban Management Direction and all those who contributed last year to the renovation of the Princess Grace Rose Garden,” underlined Marie-Pierre Gramaglia, Minister for Equipment, Environment and Urbanism. The Rose Garden first opened on 18 June 1984. Prince Rainier III wanted to create a place in memory of his wife Princess Grace. More than 30 years later, the new Rose Garden that opened last summer is much larger, with a surface area of 5,000 m2. It retains the charm of the previous garden and has 8,000 rose bushes in 300 different varieties. 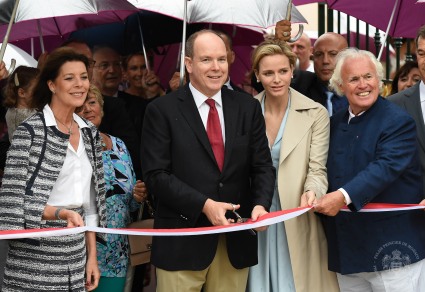 An ecological garden fit for a Princess

A small lake bordered by palms and olive trees, laid out over an area of almost four hectares, presents a charming space full of serenity in the Fontvieille area, where following a footpath, you will discover many contemporary sculptures. 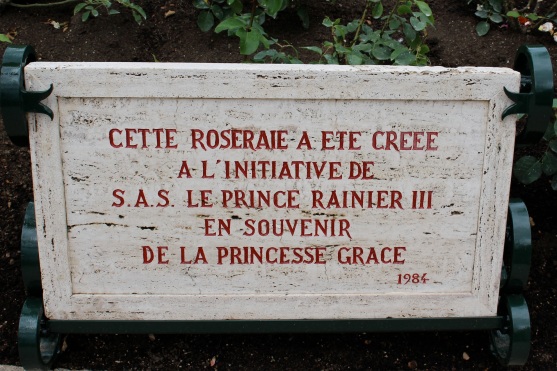 Plaque of the creation of the Rose garden in 1984 @CelinaLafuenteDeLavotha 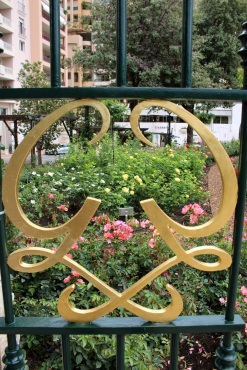 One of the monogrammed gates @CelinaLafuenteDeLavotha 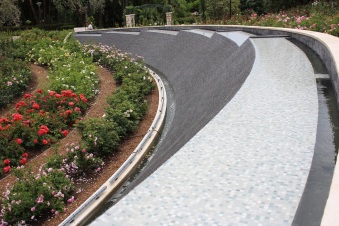 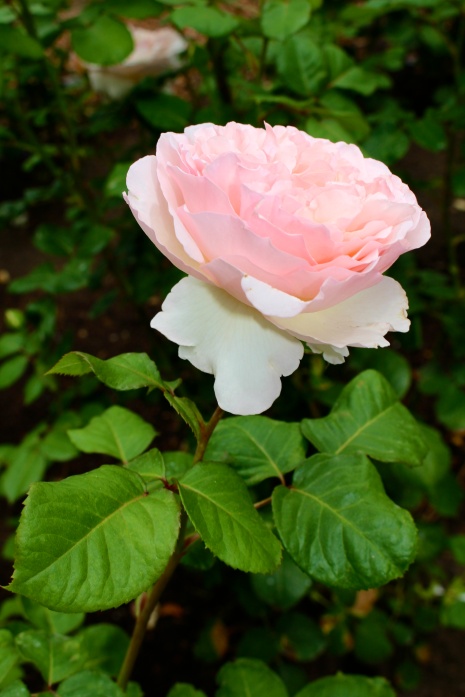 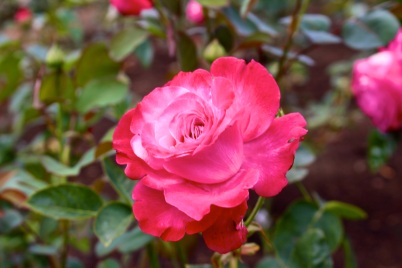 Visitors can discover roses such as the rose of the Grimaldi Royal Family and roses named after Princes, Princesses and celebrities. Modern equipment has been installed in the rose garden, including an interactive terminal and QR codes on each rose variety. The Rose Garden is maintained in an eco-friendly way, and has obtained the “Ecological Garden” label for 2015.

Next September, the World Federation of Rose Societies will offer the Principality a plaque in Bronze that will be installed at the entrance of the Rose Garden.