The second edition of the Monte-Carlo Classic Vintage Tennis Tournament (MCCCVT) organized under the High Patronage of HSH Prince Albert II, and which took place during the summer solstice on Sunday, June 21 this year, was really successful, raising Euro 15,000 for the association Special Olympics Monaco in its fight against Autism. The money raised will allow the association to buy the necessary equipment to enable people with disabilities to practice sports, but also make it possible to travel to Los Angeles for the World Summer Games reserved for young people with disabilities. Below is an article and a photo of the group of athletes from Special Olympics Monaco together with Jacques Pastor and Mireille Calmes ready for their trip to Los Angeles. Wish them good luck! 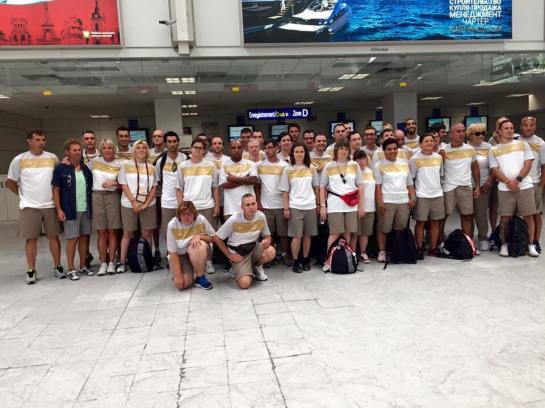 Monegasque tennis instructor Jerome Seguin, former Davis Cup player, who created this charity competition back in 2014, counted with the valuable help of Safia Al Rashid, Thomas de Brouwer, Hungarian Prince Georg Festetics, the artist Niclas Castello, and many other loyal friends, too many to name them all. Among the members from the Monaco Government and National Council who came to offer their support for this event, we would like to mention Stephane Valerie, Minister of Health and Social Affaires, Marc Burini (representing Laurent Nouvion), Caroline Rougaignon-Vernin, Beatrice Fresko-Rolfo, Alain Ficini and Jacques Pastor.

Player wearing the official t-shirt of the tournament @CelinaLafuenteDeLavotha

Gladiators battled on clay for a good cause

Armed with rackets dating from 1960 to 2000 and once-upon-a-time traditional white tennis balls, more than 100 players dressed in vintage clothes with some wearing the McEnroe or Borg headband, battled on the red clay for a good cause. It was a fun day where there were victors and trophies were awarded, but the real winners were the children assisted by the association Special Olympics, whose mission is to create a better world by fostering the acceptance and inclusion of people with intellectual disabilities through the practice of sports. 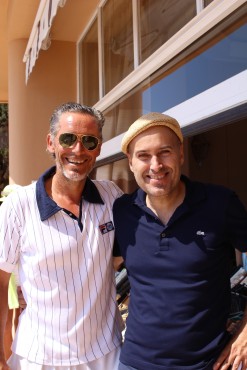 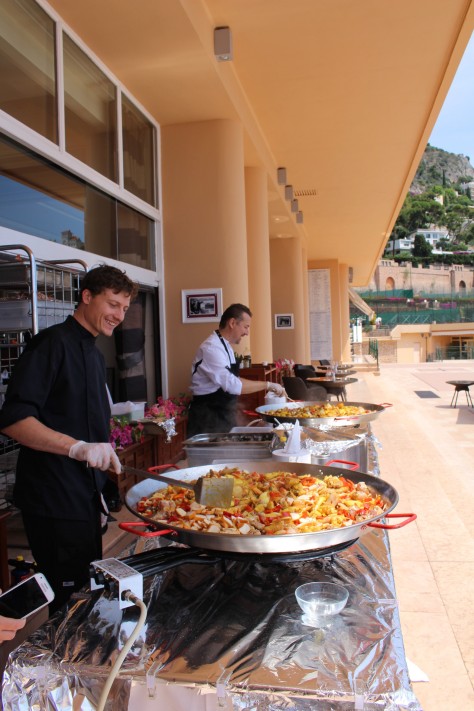 A delicious paella for the participants in the tournament @CelinaLafuenteDeLavotha

Melanie Antoinette de Massy, Vice President of the Monte-Carlo Country Club, presented the trophy of the Minister of State Cup to Guillaume Couillard (alias “Rodgeur” Couillard), who won it for the second year in a row against Thomas Oger (alias “Pat” Oger). A special prize was awarded to Christophe Seguin (Alias “Andre” Sequin) for the best vintage costume, he really look like the famous Agassi!  The Honor trophies went to Jacques Dorfman as referee, and to Luigi Pirro to reward him for having repaired many of the ancient rackets and giving them a new life. Bravo!

Heartfelt thank you to generous sponsors and partners

Third edition of the charity competition coming up in 2016

Jerome Seguin and his friends are already working on the 3rd edition of the Monte-Carlo Classic Vintage Tennis Tournament tournament in 2016, so start restringing those old tennis rackets!