The Maxi Esimit Europa 2, flying the Yacht Club of Monaco’s flag, crossed the finish line of the 11th edition of the Palermo-Montecarlo on Sunday, August 23, at exactly 11 hours 46 minutes 48 seconds, setting a new speed record. 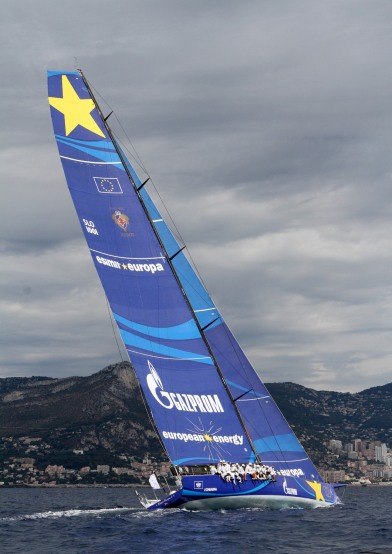 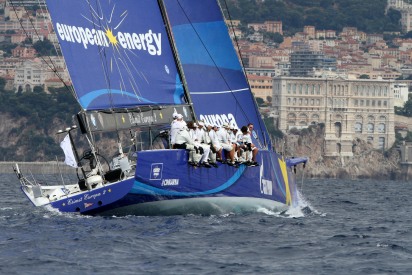 Esimit in front of the Oceanographic Museum of Monaco @Carloni

The team assembled by Igor Simcic under the helm of Jochen Schümann, two-time America’s Cup winner and three-time Olympic medallist, has performed superlatively after completing the course in less than two days (47 hs, 46 min 48 seconds), pulverizing their own record of 48 hs and 52 min 21 seconds, set in 2010. Esimit made an incredible come back to this 500nm offshore race, after being absent in the last two edition due to competitions in Northern Europe, and having won in real time in 2010, 2011 and 2012.

After this victorious finish, Jochen Schümann, the skipper of Esimit Europa 2 said: “It is a very surprising result that we finished in a record time on top of the line honours victory. The result is based on the very good start that we had, also on very good up and down sailing at the beginning that already enabled us to open up good lead, so that throughout the race we felt free to make our own racing decisions. I must say that our navigator Tom Addis did a great job and made very good decisions at some of the very crucial points during the race, around the Strait of Bonifacio and later on, so that we never stopped, which is very important in this race. This result is a great compliment to the team and the yacht just a few days before the celebration of the 20th anniversary of the project which will take place here in Monte Carlo.”

Igor Simcic, who was extremely proud of his team, added: “After the Volcano Race and the Giraglia Rolex Cup, the Palermo-Montecarlo was a priority on our 2015 race programme, since it is a very special one for us, as it finishes in Monte Carlo, where our home yacht club is and where we will celebrate the 20th anniversary of our project of connecting business, diplomacy and sport. We are proud to sail for the Yacht Club de Monaco and bring another victory crowned with a record back home.” 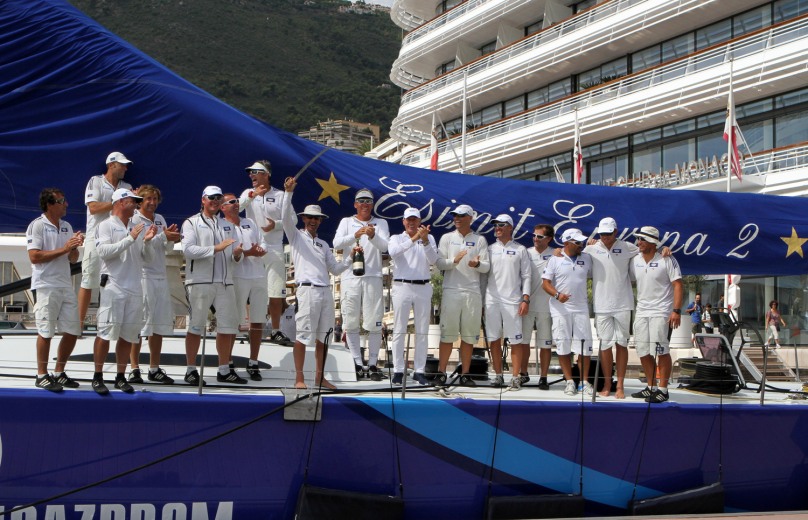 The other competitors, who remain in a relatively compact group, led by Francesco de Angelis on the TP52 B2 which only just passed the Strait of Bonifacio, followed by the VOR 70 SFS II, skippered by Lionel Péan, who have taken a different route, up Corsica’s east coast closely followed by Ville de Genève.

The team on Uunet, made of youngsters from the Yacht Club de Monaco’s Sports Sections, overseen by Philippe Monnet and Thierry Leret, are on course to achieve an excellent race as they are presently in 8th position.

“A sailing ship is no democracy; you don’t caucus a crew as to where you’ll go anymore than you inquire when they’d like to shorten sail.” Sterling Hayden