Our rally from the Mediterranean to shores of the Atlantic ocean

My husband Zsolt and I left Monte-Carlo on our way to Ile de Re off the west coast of France on the last day of August last summer; just when everybody was on their way back home, thus avoiding the crowds, and in search of some quiet time to recharge our souls. We packed our Range Rover and were ready for the rally across France from the Mediterranean to the Atlantic Ocean. My husband is great driver while I enjoy being the copilot! 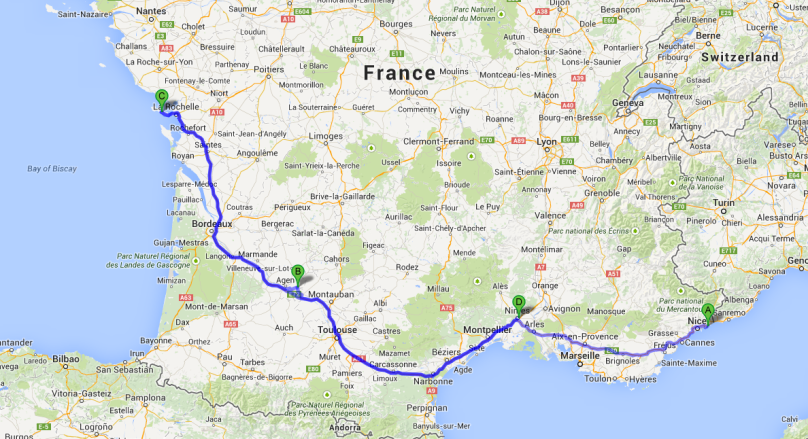 People had told us that the island was similar to Nantucket or the Hamptons in the USA, with approximately the same number of hours of sunshine as the southern coast of France, something we are happy to confirm as we spent 10 glorious sunny days over there. The island’s highest point has an elevation of 20 meters and you access it by a bridge that connects it to La Rochelle on the mainland. As the story goes during Roman times Ile de Re was an archipelago consisting of three small islands, and the space between was progressively filled by a combination of human activity (salt fields gained from the sea) and accumulation of sediments.

Michel Trama in the heart of Aquitaine

We faced a 9-hour long trip so our itinerary included an overnight stop at the refined epicurean palace of Grand Chef Michel Trama in Puymirol, Aquitaine, a Relais & Chateaux property. The gourmet meal was delicious and besides that the renowned Jacques Garcia, who also embellished the Metropole Hotel in Monte-Carlo, had done a great job decorating the place. The ambiance was theatrical and luxurious while cozy at the same time. We highly recommend it!

Corridors kissed by the sun @CelinaLafuenteDeLavotha

The lobby reflected in the mirror at Michel Trama @CelinaLafuenteDeLavotha

Table for 2 at restaurant in the patio @CelinaLafuenteDeLavotha 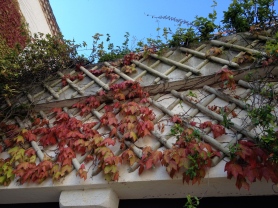 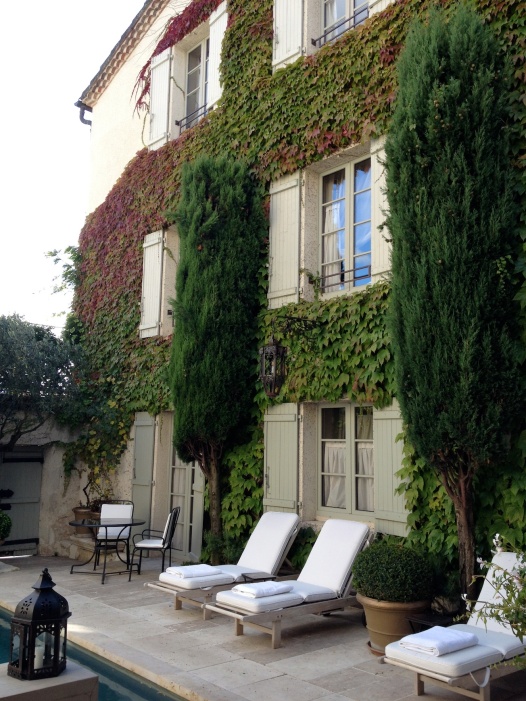 The old vase in the courtyard @CelinaLafuenteDeLavotha

The next morning, after a delicious and hearthy breakfast by the pool at Trama’s, we left for Le Bois Plage en Re and arrived high noon to the beach house we had rented. The property was beautifuly decorated, well equipped and located a few meters from a wide sandy beach, just what we wanted! The days succeeded each other at a healthy and relaxing turtle’s pace until we manage to forget what day it was. By the way, we stored our Iphones in the safe, a practice I highly recommend during vacations! 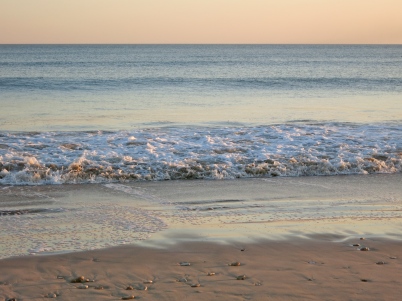 You may hear the water caressing the pebbles @CelinaLafuenteDeLavotha 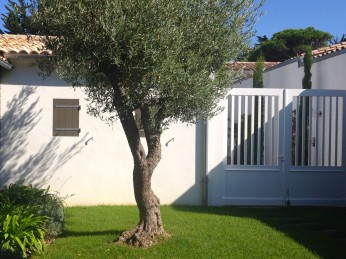 The Olive tree in the patio @CelinaLafuenteDeLavotha 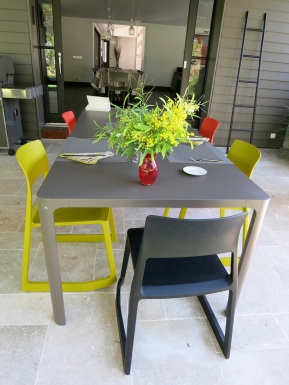 The beautiful pool and cabana @CelinaLafuenteDeLavotha

Our daily pleasant routine can be summarized as follows : breakfast of tartine and Nespresso (What else ?), followed by a short walk to the open market that offered a bounty of fresh fruits, vegetables, a variety of fish and seafood and much more !

A rainbow of fresh peppers @CelinaLafuenteDeLavotha

All kind of olives and other delicacies at the market@Celina 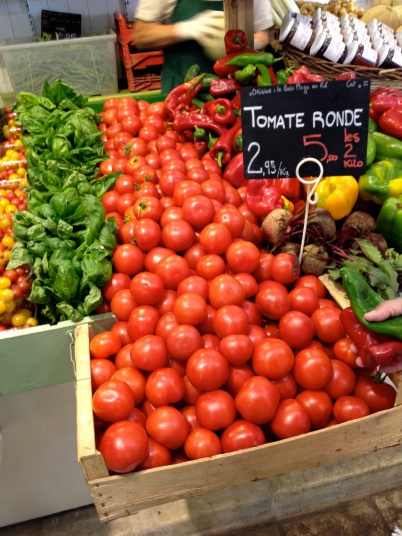 Red round tomatos at the market at Bois le Plage @CelinaLafuenteDeLavotha

Back at the house, my husband who doubles as my personal chef prepared exquisite meals that we savored al fresco under the covered patio. 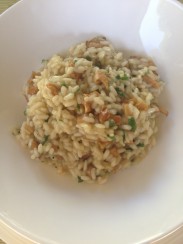 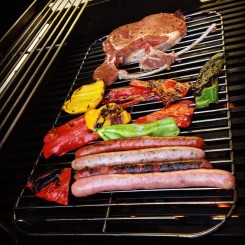 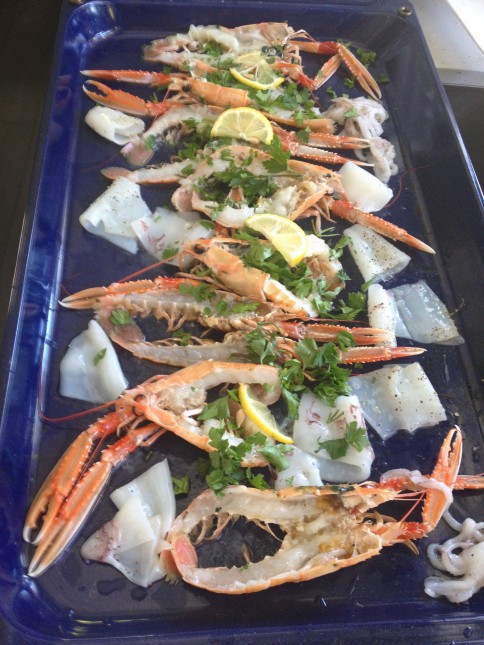 Apple tree in the garden @CelinaLafuenteDeLavotha

In the afternoon we laid in the sun by the pool or found a shady corner and got immersed in a good book. I have to confess that during vacations I enjoy easy reading with titles like « Summer by the Lake », « The villa in Sicily » and so on, and avoid reading the newspapers for a change.

Some evenings we prepared a picnic basket with champagne, foie gras and cornichons to watch the sunsets on the beach. The marvelous routine was alterered sometimes by visiting the other nearby villages in the island and a couple of dinners at very good local restaurants. Most of the residents and visitors bycicle everywhere but we opted for walking instead and that counted for our daily work out plus jogs on the sand and swimming in the sea of course.

Picnic at the beach @CelinaLafuenteDeLavotha 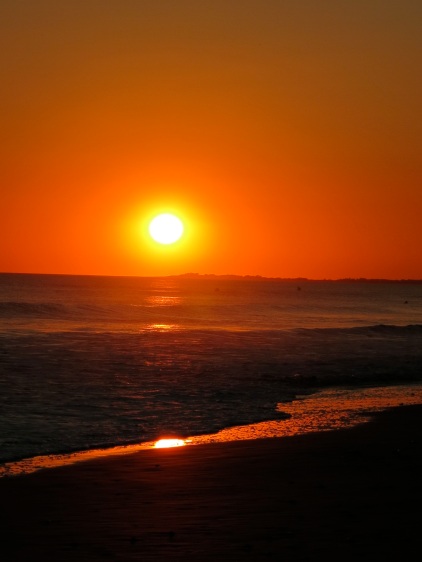 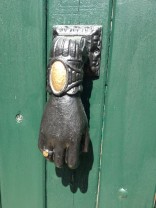 A door in Ile de Re @CelinaLafuenteDeLavotha 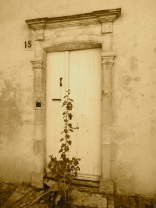 An entrance door in the village @CelinaLafuenteDeLavotha

An old bicycle by the rosary @CelinaLafuenteDeLavotha

Jardins Secrets in the heart of Nimes

On the way back home we continued on our trail of discoveries and stopped at the very romantic small luxury hotel Jardins Secrets in the heart of Nimes. We followed the instructions in our GPS and arrived to the station and after turning around several times we finally found this gold nugget actually hidden behind high walls! It is an 18th century former inn and adjacent cloister surrounded by gardens and a lovely swimming pool nestled under the shadow of citrus and olive trees. The place has been beautifully decorated by Annabelle Valentin and her photographer husband Christophe, using exquisite antiques and opulent silks and the smart bar has 16th century Indian wall hangings. To recover from our trip we proceeded to the marble-columned spa for a relaxing candlelit massage for two, before dinner. Sublime ! 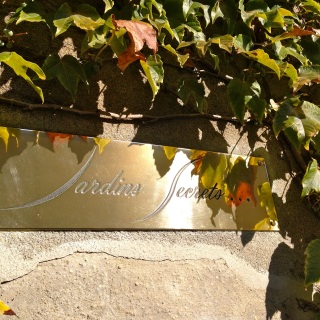 The sun waking up the living room at Secret Gardens @CelinaLafuenteDeLavotha 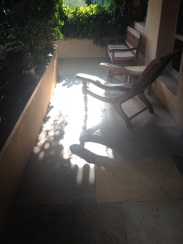 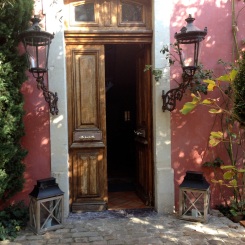 An open door is an invitation @CelinaLafuenteDeLavotha

A rose and its shadow @CelinaLafuenteDeLavotha 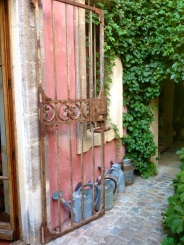 The sun playing with the walls of the Secret Gardens @CelinaLafuenteDeLavotha

The corridor with the columns @CelinaLafuenteDeLavotha 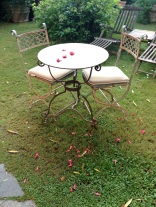 Petals on the table @CelinaLafuenteDeLavotha 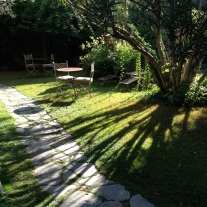 Zsolt had reserved a table at star chef Michel Kayser’s Restaurant Alexandre in Garons not far from the Jardins Secrets. The delicious menu concocted by Michel Kayser, who arrived in the area in 1983, bears the coined phrase: « Instead of the moon I offer you my stars ». Passionate and demanding, the chef selects the regional producers for their quality supplies, that he turns into dishes revealing an authentic and tasty southern cuisine. We started with an aperitif in the garden surrounded by tall pine trees, and later we were shown to our table in a beautiful room with sober decor and tables separate enough to give you privacy and comfort. 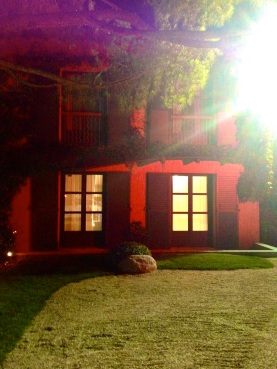 Entrance to the restaurant Alexandre @CelinaLafuenteDeLavotha 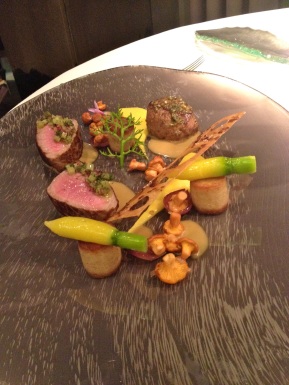 Meat dish in an automn landscape at Alexandre @CelinaLafuenteDeLavotha

Fish on a painter’s palette at Alexandre @CelinaLafuenteDeLavotha

The morning after we had a delicious breakfast in the gardens under the shade of the olive trees. We were treated to fumming espresso, freshly pressed fruit juices, mini-croissants and homemade jams, served in beautiful china. In a wonderful mood we returned to our room, slowly packed and then continued our way back home basking on the memories of a truly enjoyable trip.

Breakfast waiting outside the bedroom @CelinaLafuenteDeLavotha 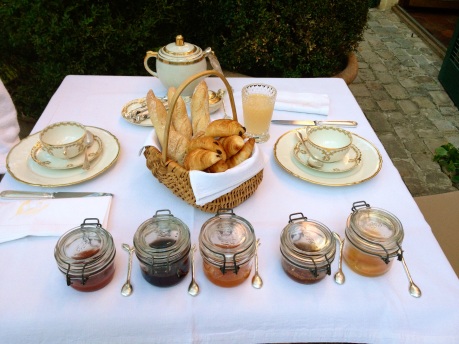 Breakfast in the garden @CelinaLafuenteDeLavotha

Our next vacations will be in Cap Ferret

On September this year we will be vacationing near the lighthouse in Cap Ferret. No, I did not make a vowel mistake, we are not going to the Jay-Z, glamorous Cap Ferrat in the Cote d’Azur, so close to Monaco ! Cap Ferret is located at the South end of the community of Lege-Cap Ferret in the region of Aquitaine. The headland takes the form of a spit, which separates the Atlantic Ocean from Arcachon Bay. It is more laid back, and bargain-priced oysters are raked out of the ocean straight onto your plate. But I say no more now, so keep tuned for my article on this jewel of the Atlantic coast of France.

You have to travel to see new light, find new hope, renew the mind and revitalize the soul. «  Lailah Gifty Akita