PSG first victory over Monaco since 2007

Full moon over a complete Stadium Louis II in Monaco with 18,000 spectators this past Sunday to receive Paris St. Germain FC. The Red and Whites played a very good first period where they defended well and did their best to contra-attack, but Paris came in force on the second half and scored three goals, collecting 3 valuable points and consolidating their strong 1st position with 12 points early on in the season, while Monaco is number 13. Paraphrasing Julius Caesar, Paris came, saw and conquered! 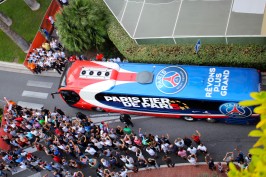 The teams lined up before the match @CelinaLafuenteDeLavotha

It was a rather South American affair for the PSG, as the Uruguayan Edinson Cavani (9) was the one who opened the score at 57’ and then marked again at 73’. It was also the debut of the Argentine Angel Di Maria (11) who fed the ball to his countryman and longtime friend Ezequiel Lavezzi (22) for a third goal at 83’. Paris showed their superiority in all fronts and the young Monegasque team could do nothing to stop them. The absence of Layvin Kurzawa (bought by PSG), and Aymen Abdennour (bought Valence) was really evident. Let’s see whom else will Monaco sell before the transfer window closes today Monday, August 31.I heard through the grapevine that 19-year old striker Anthony Martial maybe going to Manchester United for a wholesome sum of money. 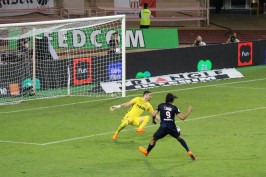 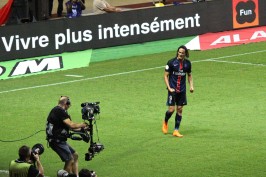 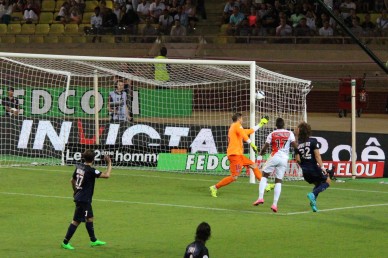 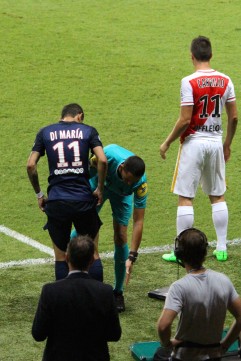 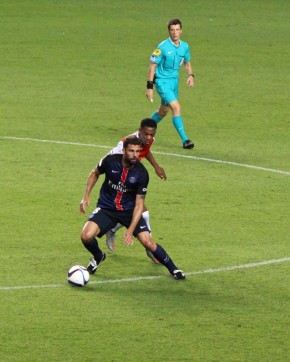 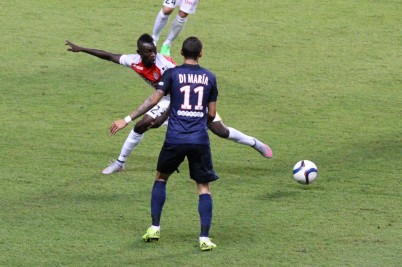 PSG coach Laurent Blanc was really satisfied, particularly since his team had finally broken a series of 11 matches without a victory over the Monegasques, since 2007.Monegasque trainer Leonardo Jardim said after the match: “We are disappointed, but Paris was better. I can only congratulate them.”

“You learn more from losing than winning. You learn how to keep going.” Morgan Wootten