The world of sports’ elite reunited at SPORTELMonaco 2015

The 26th edition of SPORTELMonaco that run from October 12-15, 2015, welcomed a total of 2,786 participants, from 994 companies representing 75 countries, asserting to its rising success. SPORTEL is a unique and prestigious event gathering the international sports marketing and media industry all under-one-roof, at the Grimaldi Forum in Monaco. For more than a quarter of a century, top level executives from around the world, representing sports networks, international sports federations, sports marketing agencies production companies, sports content right owners, distributors, technology, new media and much more. They come together every year to determine the future of major sports events for the 21st century media platforms, one of the most important conventions serving as B-to-B business podium and the perfect place to find valuable insight on influential business trends and practices. The highly instructive conference and expert panels, with a program offering richness and variety, are the source of the sports’ industry current evolution and progress. 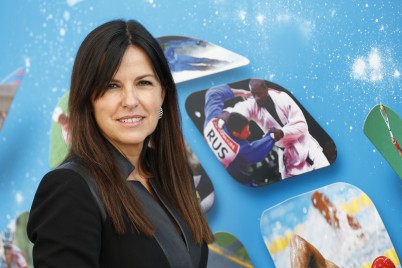 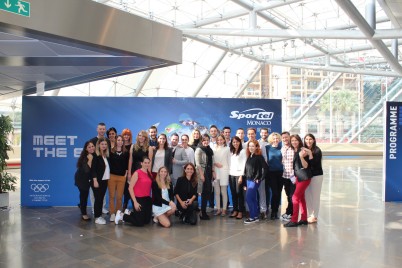 Amparo di Fede and her team at SportelMonaco 2015 @Sportel Photos

Ms Amparo Di Fede, the savvy SPORTEL General Manager, stated: “The result is overwhelming and we are thankful for the trust and loyalty of the SPORTEL community”, she continues. Our team has worked hard on developing more business opportunities across the media industry. One of the major aspects we worked on is solutions for marketing, brand-communication and the implementation of technology that helps content dealers reach their objectives, offering interesting media packages that enable brands and broadcasters a real interaction with audiences.” SPORTELMonaco has seen a 24% increase in new participating companies. Di Fede further affirms: “SPORTEL is not a sole rights market anymore, it’s evolving to an all-round sports marketing and media convention that provides a huge variety of business opportunities and connections for the industry.” Di Fede is grateful to all the participants, companies and sponsors for their trust and desire to communicate their brands using SPORTEL as their platform of choice. 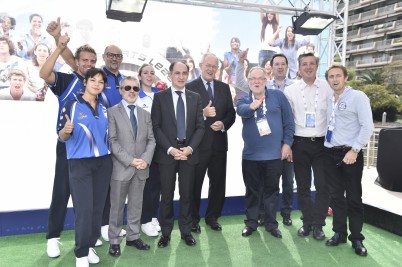 Official visit to Sportel by (from Right to left in suits) HE Michel Roger Minister of State, Jean Castellini Minister of Finance and Patrice Cellario Minister of Interior and Culture @SportelMonaco2015 Photos 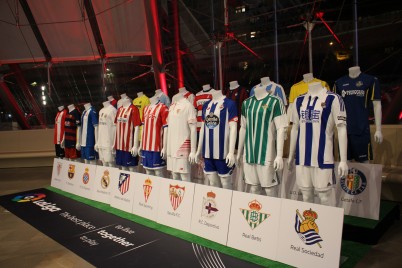 Laliga exhibition in the foyer of the Grimaldi Forum @CelinaLafuenteDeLavotha

Winners worth their weight in gold

The SPORTEL Awards Ceremony took place on Tuesday, October 13, 2015, in the Salle des Princes of the Grimaldi Forum to honor the winners of the Georges Bertellotti Golden Podium Competition and Renaud de Laborderie Sports Book Competition. They respectively reward the world most beautiful sports images and the best sports books of the year. This illustrious gathering of the sports’ elite is organized under the Honorary Presidency of HSH Prince Albert of Monaco and counts with the high patronage of the International Olympic Committee. 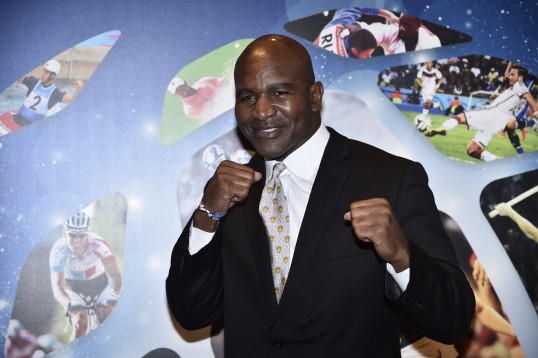 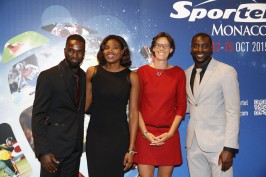 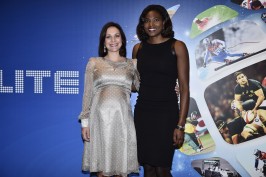 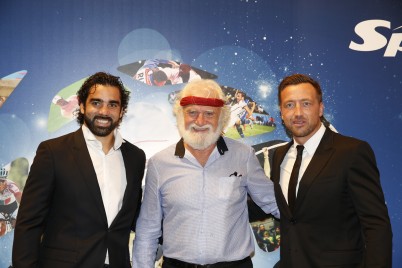 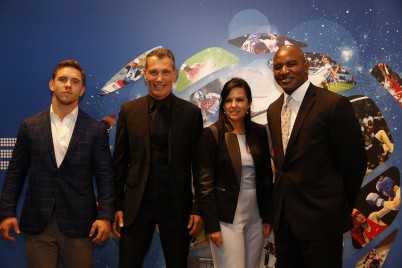 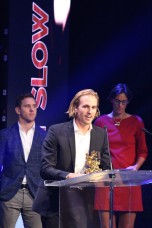 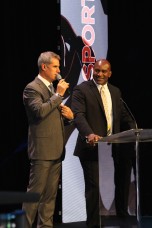 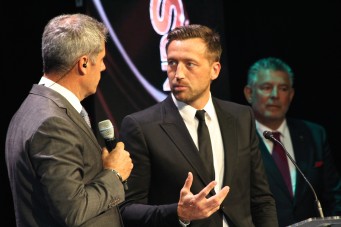 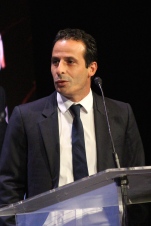 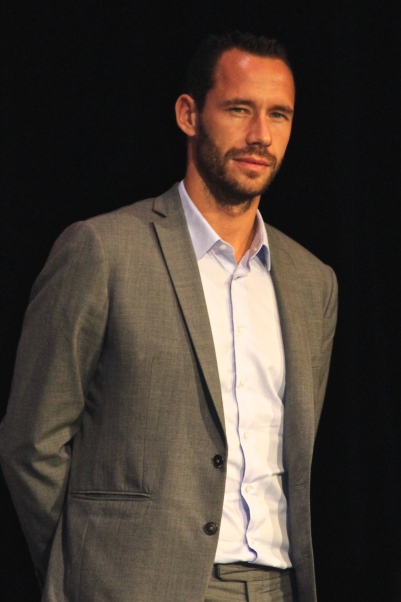 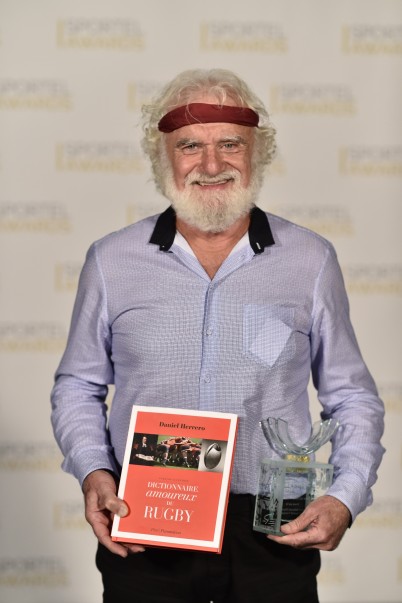 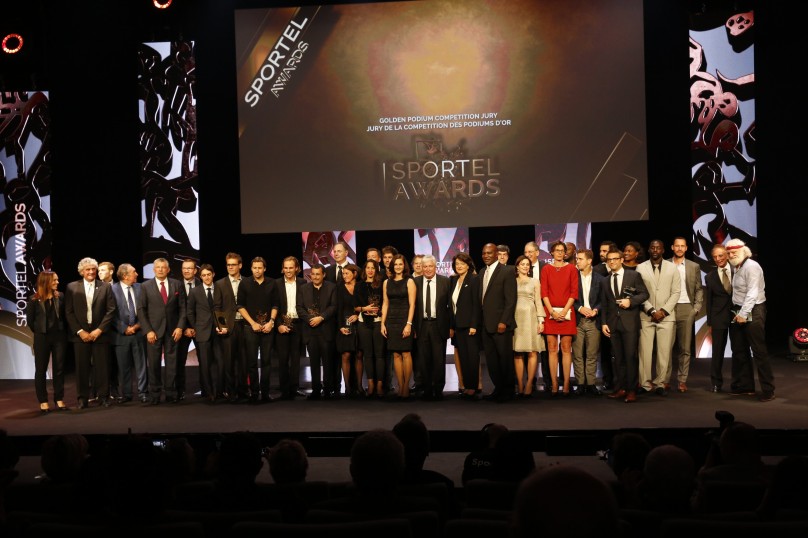 I invite you to watch the video of “Le Briefing” (The Briefing) that received the Best Trailer Prize. The powerful and funny young actress has a promising career in front of her.

Eurosport were the big winners at the inaugural TV Sports Awards ceremony at the Yacht Club of Monaco on Monday, October 12, 2015, with the after party at restaurant Twiga. The pan-European TV channel received the title of Best Sports Broadcaster, with CEO, Peter Hutton, received the recognition of Media Executive of the Year. Parent company, Discovery, secured the award for Best TV Rights Deal for its agreement with the IOC for pan-European rights to the Olympic Games from 2022. 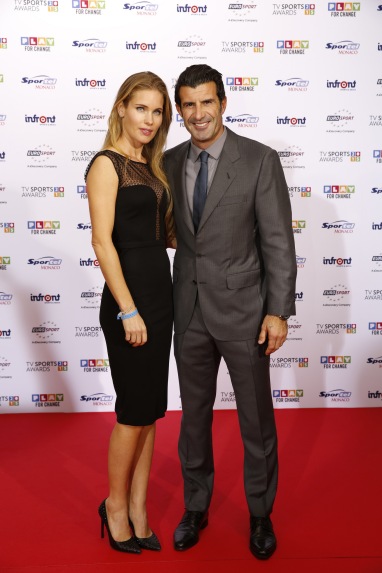 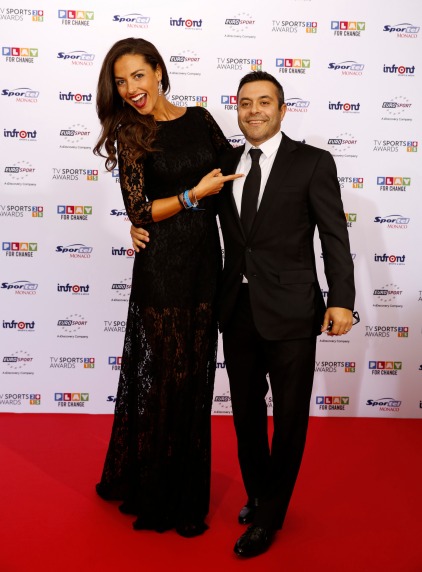 The event co-organized by SPORTEL and Play for Change, a global sports charity dedicated to offering life-changing chances for children and young people living in underprivileged conditions. Their motto is to empower children through sports and education. Awards were presented across five categories (see list below) plus a special Play for Change award was presented to football star Rio Ferdinand to highlight his contribution in creating the Foundation that carries his name, that supports young people in deprived communities through positive activities, mentoring, training and developing skills to enable them to gain employment and engage in business.

Marie Le Page, Director for Play for Change said: “ We are thrilled to announce such a host of worthy winners for the inaugural TV Sports Awards. Play for Change uses sport and education as a driver of social change and the TV Sports Awards has been a fantastic opportunity to raise awareness of our work to an influential audience. The evening celebrated the best of the sport media industry but also reflected on the power of sport in helping to change the lives of disadvantaged communities and children.” She added that it had been a real pleasure to host men and women excelling in sports plus the movers and shakers in the media industry, with the proceeds from a live auction to assist those in need.

The Pantheon of World Sports Legends coming in 2016

The official launch of the new Monaco World Sports Legends Award, on October 13, 2015, was held in partnership with SPORTELMonaco, organized by the Monaco Government under the patronage of H.S.H. Prince Albert of Monaco. The 1st edition of this new international event will take place in the Sporting-Salle des Etoiles in October 2016 in the Principality. 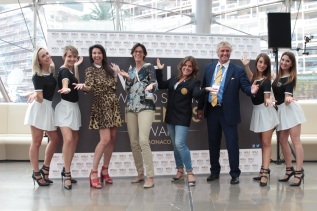 The Monaco World Sports Legends Award aims at promoting sport’s ethical and moral values as ideals for future generations in the quest for a better world. The prestigious prize will be awarded to men and women, sporting champions both active and retired, who have left a mark not only for their sporting exploits becoming true living legends, but also for their social influence in motivating others, especially young people, to excel through a positive message of inspiration and example. The special prize “Best Sports Values” will be awarded to an athlete who stands out for an exemplary sporting gesture that embodies sport’s ethical and moral values. In addition, posthumous awards will be conferred on great champions with legendary careers. As well a special Prize will be given to the media that better reported an exemplary sporting gesture.

The awards’ nominees will be selected by an international jury, composed of personalities from the world of sports, cultural and media. The winners will enter the Pantheon of World Sports Legends, like the actors’ Walk of Fame in Los Angeles, with which a future twinning is planned, with molds made of their handprints, as indelible symbols of mankind.

A particular feature of this event’s concept produced by Promo Art Monte-Carlo Production & Mourad Bouchikhi will be to link sport with fashion and glamour, making the Monaco World Sports Legends Award, the Oscars of Sport. As Monte Carlo has always been the venue of choice for the most prestigious red carpets, stars from American cinema, great world sporting champions and distinguished personalities will be in attendance. See you in October 2016 on the red carpet of the Monaco World Sports Legend Award!

The next event will be SPORTELAsia in Singapore, March 15-17, 2016, returning to its home base in Monaco  October 24-27, 2017 with an even more dynamic program. Mark your calendars!