Were the promises of the Millennium Development Goals fulfilled? 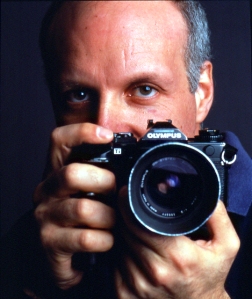 Back in the year 2000 every United Nations member states concurred on eight Millennium Development Goals. The objective was that by 2015 extreme poverty and hunger would be eradicated, primary education should be accessible to all, gender equality promoted and the fight against HIV/AIDS and other diseases reinforced.

In 2005, Monaco resident Nick Danziger began to create an archive of photographs documenting the lives of women and children in eight countries around the world, for each of the UN goals, commissioned by the charity World Vision, to verify the results on people’s lives. He returned five years later, and then again in 2015 but this time accompanied by author and friend Rory MacLean. They wanted to see first hand if the millennium development goals had made a difference in the lives of the people they met in their journey, to verify if the promises outlined in the Millennium Development Goals had been fulfilled. Their plan is to publish their findings in a book entitled Another Life.

You can learn more about the project in “Portraits of lives in flux” in the Guardian, who are publishing a new set of images and stories every three or four days.

Nick Danziger is one of Europe’s finest photojournalists having spent a life documenting what he sees in best-selling books, and in award-winning documentaries and photography. His most recent books have included: Mana, a unique behind-the-scenes look at New Zealand’s All Blacks rugby team and Onze Femmes, tracing the lives of 11 women from countries in conflict over the last 10 years. His photographic work is held in museum collections worldwide. His ‘mirror’ image of Tony Blair and George W. Bush shot during a 30-day, groundbreaking study of a Prime Minister at war won the World Press Photo Award.

Rory MacLean’s ten non-fiction books include the UK best-sellers Stalin’s Nose and Under the Dragon as well as Berlin: Imagine a City, a Washington Post Book of the Year (2014). “His works – according to the late John Fowles – are among those that ‘marvellously explain why literature still lives“. On his research journeys, he walked through the newly opened Berlin Wall, met Aung San Suu Kyi when under house arrest in Rangoon and interviewed Pashtun elders at the Kacha Garhi refugee camp after the destruction of the World Trade Center. He has won awards from the Canada Council and the Arts Council of England as well as a Winston Churchill Travelling Fellowship, and was nominated for the International IMPAC Dublin Literary prize.

You can help make this book exist

The plan is to make a larger format 320-page book containing over 180 black and white photographs with text, telling and illustrating the stories of forty lives in India, Cambodia, Zambia, Uganda, Niger, Honduras, Bolivia and Armenia. It will be a testimony of the bravery and humanity of those people, but most importantly an admonition of the work that still needs to be done to make the Millennium Development Goals a reality.

We invite you to support the publication of the book Another Life, through Unbound, a new way to connect authors and readers. Authors present a pitch, you pledge, and when the goal is reached the book is written. It’s really that simple. All supporters get their name printed in every edition of and all levels include immediate access to the author’s shed. You can contribute to the existence of this book as I did! Please pledge by clicking on: Another Life

“The Millennium Development Goals can be met by 2015, but only if all involved break with business as usual and dramatically accelerate and scale up action now.” Kofi Annan