Legendary classic regatta organised by the Yacht Club of Monaco 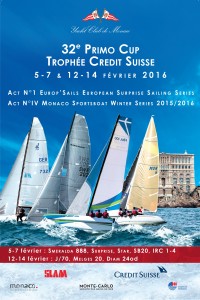 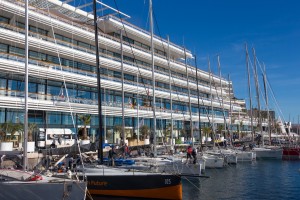 The Primo Cup Credit Suisse Trophy, the grand classic regatta organized by the Yacht Club of Monaco (YCM), is going strong after more than three decades and inscribed in the international yachting calendar. The 32nd edition running during six days over the past two consecutive weekends in February attracted an ever-increasing number of top-level navigators from all over the world.The first teams of each class received technical equipment form the loyal event partner SLAM, during the closing ceremony, in the presence of recently appointed Monaco State Minister H.E. Serge Telle.

In parallel to the regattas, two important meetings took place at the YCM: the executive office of the Mediterranean International Committee (C.I.M), in charge of managing the activity of the traditional sailing in the Mediterranean; and a referee training module led by Nino Shmueli, member of the International World Sailing Committee.

The vice-president of the YCM, Pierre Casiraghi, made proof of an impressive support and extreme physical endurance on board Terrillon Avocats. “It is a fun boat, very fast and under those conditions (20 knots) it is very sportif. I can’t wait to restart. Thanks to Gwen and all the team of Terrillon Avocats for their welcome.” Coming third, Gwen Riou was outstripped by Aymeric Arthaud (Reel/PGO Automobiles) and Nbr. 1 Vianney Bergot (Guyader), who came ahead of the general final classification. 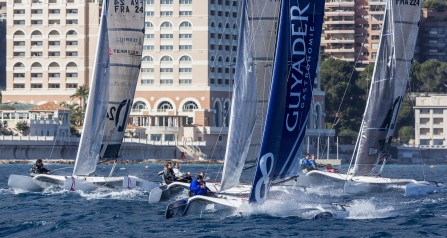 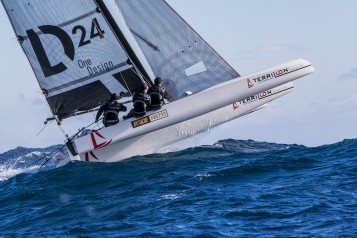 The J/70 surfed the waves with 45 boats on the departing line, including a team from the Manhattan Yacht club who made the trip from the Big Apple. Monegasque Jacopo Carrain, President of the J/70 Monaco Class Association, claimed victory on board Carpe Diem. When receiving the trophy he said: “I am very happy of this result and on top the participation was exceptional.” The Russian Mark Kaganskiy (Yanis) was a surprising second, he who for the first time left the muscovite region lakes to come sail the high seas. YCM member Stefano Roberti (Piccinina) completed the podium arriving third.

There were 13 crew competing under the Russian flag out of a total of 24 registered boats in the Melges 20 fleet. Victory went to the president of the Sailing Russian Federation Vladimir Silkin (Anna), followed by Italian Manfredi Vianini Tolomei (Maolca), and Igor Rytov (Russian Bogatyrs) coming on third place. 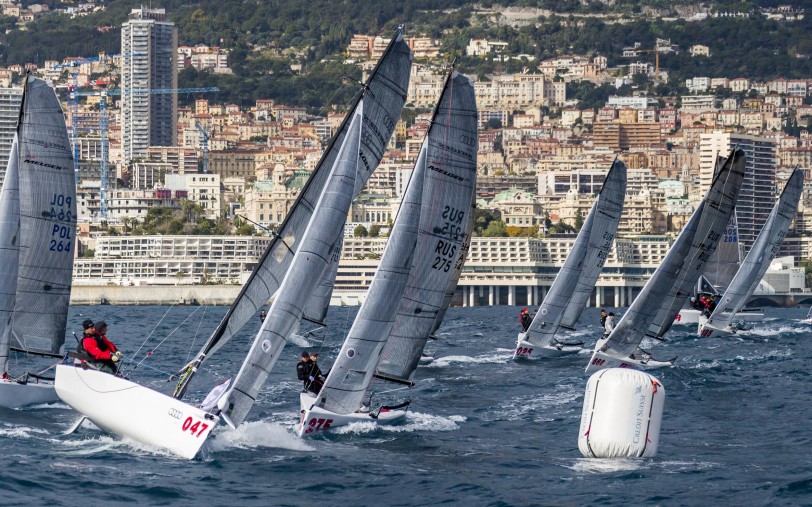 It was the fourth competition for the Monaco Sportsboat Winter Series for the J/70’s and Melges 20, organized once a month between October and March. The objective of these races is to prepare the experienced teams, amateur or professional, for future grand events. Under the initiative of Valentin Zavadnikov back in 2013, the Monaco Sports Boat Winter Series propose a calendar of high level competitions reserved to monotypes. A circuit highly dominated up to the present by the British Sam Carter (Brutus) in J/70 and Alexandr Ezhkov (Pirogovo) in Melges 20. The fight and last act of this tour will take place from March 4-6 for the J/70 and March 18-20 for the Melges 20.

Primo Cup to run over only one weekend from 2017

Taking advantage of the new building with a better infrastructure for the reception of participants, the YCM wishes to improve the Primo Cup formula starting in 2017, by organizing this regatta over only one weekend. Therefore, the 33rd edition has been scheduled for February 2-5, 2017. Mark your calendars!

“A sailor is an artist whose medium is the wind.” Webb Chiles