Coastal rowing making a come back in the Principality!

A wonderful sunny weekend welcomed rowers from a dozen countries who descended in the Principality for the 12th edition of the international Challenge Prince Albert II, organized by the Nautical Society with its headquarters in the state-of-the-art Yacht Club of Monaco. The event was created back in 2005 and has been gaining in prestige through the years.

“The latest French coastal rowing championship was back in 1968 in Villefranche, and it was Monaco who won it, but after that the sport fell into oblivion.” Said Jean-Francois Gourdon, President of the Nautical Society, who together with his team organised a superb event this weekend. Bravo!

Coastal rowing, that needs heavier boats and requires a lot of effort riding the waves, was in the limelight in the 1990’s. The Nautical Society of Monaco, aided by the enthusiasm and support of its president Jean-Francois Gourdon, is bringing this exciting sport back to the forefront where it belongs.

Heated competitions all through the weekend

The public came in great numbers to watch the three courses of 6 km on Saturday, February 20, and the two courses of 3 km on Sunday, February 21, cheering loudly for their favorite teams and rowers. A new village was installed to welcome the athletes and the public in style. 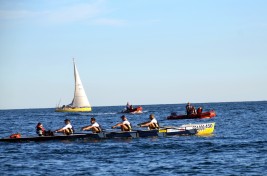 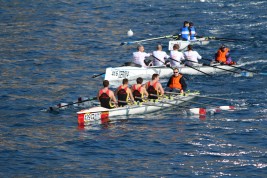 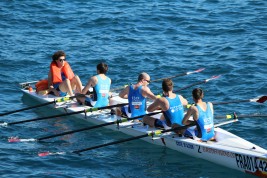 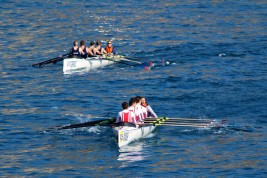 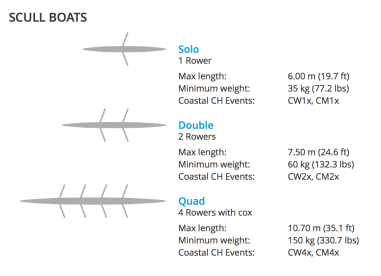 Medals for the best rowers and teams

There was standing room only at the medal ceremony on Sunday after the last race, with the different prize categories including:

Standing room only at the Prize Ceremony @Societe Nautique Monaco

We made it ! @Societe Nautique Monaco

On the podium (1) @Societe Nautique Monaco

All on the podium @Societe Nautique Monaco

For all the results please visit:

Mark your calendars for the international competition scheduled for October 19-22, 2016, with more than 700 rowers and their teams expected to participate. In parallel a Mediterranean mini-championship will be integrated to the world competition where all the neighboring countries will be invited. Jean-Francois Gourdon wants the Monaco residents to get involved by inviting them to sponsor rowers from their country of origin. For information contact: www.avironmonaco.com

“Rowing is a sport for dreamers. A long as you put in the work, you can own the dream.” Anonymous