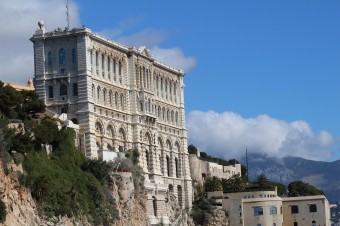 This Saturday, April 9, 2016, was the main draw of the highly anticipated 110th edition of the Monte-Carlo Rolex Masters, first European tournament of the season in the prestigious ATP World Tour Masters 1000 category, that took place at the temple of the Sea, the Oceanographic Museum of Monaco, inaugurated in 1910 by modernist reformer, Prince Albert I. The competition will run from Saturday April 9 through Sunday, April 17, 2016, at the legendary Monte-Carlo Country Club.

The guest of honor was no other than World No. 1 Serb Novak Djokovic, winner of last year’s tournament, and who will try to conquer a third crown, and in the presence of tournament director extraordinaire and former tennis player, the Croatian Zeljko Franulovic, accompanied by Elizabeth-Anne de Massy, President of the Monte-Carlo Country Club and the Monegasque Tennis Federation, her daughter Melanie-Antoinette de Massy, and HE Serge Telle, Minister of State of the Principality, other distinguished personalities, and members of the local and international press. 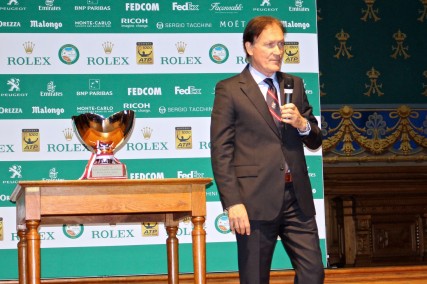 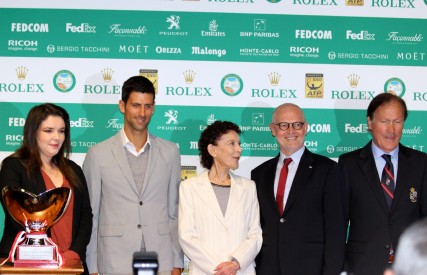 Today, Saturday, the tournament got to a start with the qualification matches under a constant thin rain. Main draw play begins tomorrow Sunday, April 10, 2016, and the forecast calls for sunny weather to continue the rest of the week. Alleluia! 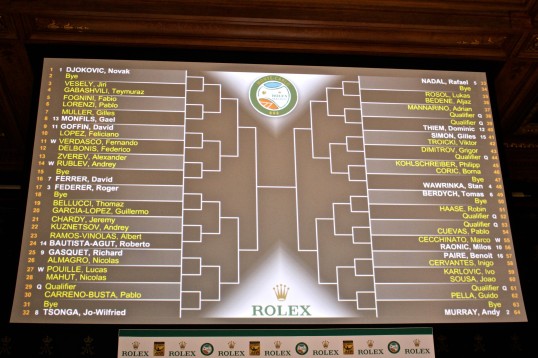 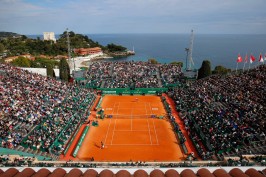 Djokovic has broken all records. This season he conquered three Masters 1000 and a Grand Slam tournament, Doha, Indian Wells, Miami and the Australian Open, respectively. While Rafa Nadal, who reigned in Monte-Carlo form 2005 and 2012 winning eight years in a row, was dethroned by Djokovic in 2013 and 2015 (Wawrinka won in 2014). Rafa happens to be on the other side of the draw from Novak, on section 2, together with Andy Murray, Wawrinka, Milos Raonic and Tomas Berdych. While Novak has David Ferrer, Roger Federer and Jo-Wilfriend Tsonga on his sector.

The 28-year-old Djokovic is set to play against Jiri Vesely, who is in the Marrakech semi-finals, or Tymurz Gabashvili. The 34-year-old Swiss Federer will be playing his first tournament since his arthroscopic surgery for a meniscal tear in his left knee after the Australian Open, and will be facing Thomaz Bellucci or Guillermo Gacia-Lopez. He could then meet Roberto Bautista Agut in the third round, and may have to confront the French Jo-Wilfried Tsonga and Rircharg Gasket in the quarterfinals. New dad, 28-year-old Scottish Andy Murray, is looking to reach the Monte-Carlo final for the first time after failed attemps in 2009 and 2011. On his first match he will face either a qualifier or Guido Pella, then may face 16th seeded Benoit Paire in the third round, and could confront 6th seeded Berdych in the quarters if the check advances through his section.

“I’m trying no to pay too much attention to the rankings because calculations can distract you.” Novak Djokovic