This past Saturday, April 23, 2016, Paris the City of Lights was transformed for the inaugural city street electric race, and thousands of fans gathered around Les Invalides, the heart of the city. Security was high in the circuit after the Paris attacks, but nothing unfazed the fans coming to witness this historic moment in motorsports.

Di Grassi was 2nd at the start of the landmark race and early on passed British Sam Bird (DS Virgin) who had departed in pole position, to continue leading all the way to his fourth Formula E win. It is the first time in the short history of the eclectic series that a driver has taken two consecutive victories. French driver Jean-Eric Vergne (Virgin DS) and Swiss Sebastien Buemi (Renault e.Dams) came 2nd and 3rd respectively completing the podium. 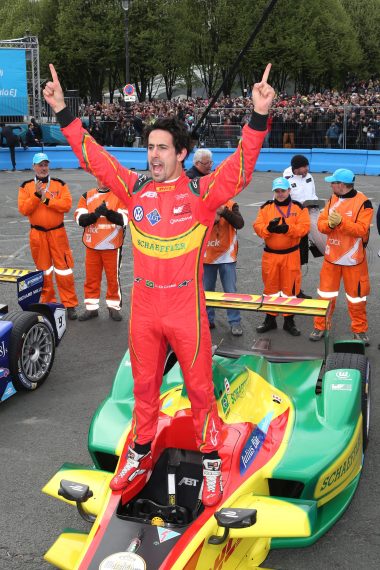 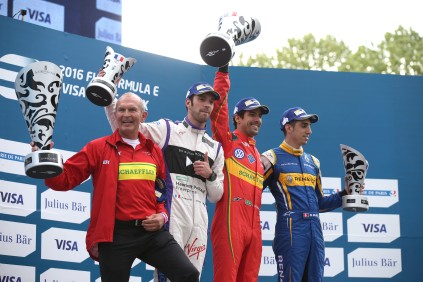 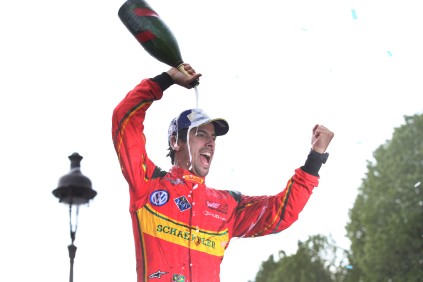 “The fans, the atmosphere, the location – all in all this race was the best Formula E event so far. That makes me even prouder of our victory,” said Lucas di Grassi. “It may well have looked easy from the outside, but it certainly wasn’t from inside the cockpit: in the low temperatures it was difficult to get the tires and brakes up to temperature – as we saw from the large number of mistakes and slides throughout the day. Now we come to the team’s home race in Berlin as leaders. I know what this means for all the team members, partners, fans and the media.”

The Parisian Formula E race fascinated the sold-out crowd of 20,000 fans as well as the drivers: at 1.93 kilometers in length and 45 laps, the shortest track on the calendar ran around Les Invalides, past the typical French cafés and close to the banks of the River Seine and Eiffel Tower. “On the slowing down lap I even saw the people waving from the apartment windows – I’ve never seen anything like this before,” reported Lucas di Grassi. 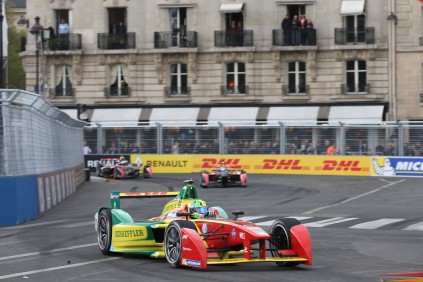 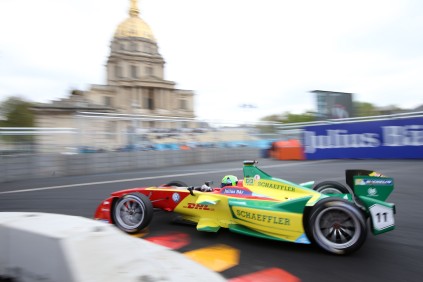 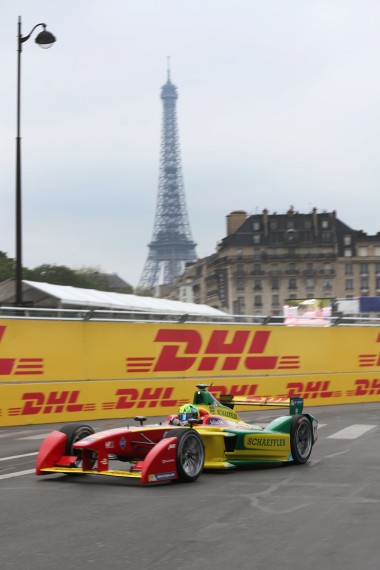 Team Boss Hans-Jürgen Abt was also full of praise: “Paris showed everybody what Formula E is all about: emotions, a unique location and enthusiastic people. Congratulations to everybody who made all this possible.” Before the race in the heart of Berlin, which is held on Saturday, May 21, Lucas di Grassi tops the championship rankings with a margin of 11 points and ABT Schaeffler Audi Sport lies second. “The gap to our rivals means nothing in Formula E. But it goes without saying that we will do everything to move up a gear in front of our home fans. We know that our ABT Schaeffler FE 01 is a winner!

Clean energy for a better world

The main objective of the organizers of the E-Prix is to experiment with new clean technologies that one day could be transferred to road cars. As an incredible coincidence the airplane Solar Impulse 2, using not one drop of fuel, was touching down on Mountain View, California also on Saturday, April 23, at 23:45, flying from Hawaii, for its Pacific crossing to resume their attempt to accomplish their solar-powered challenge. This confirms people everywhere are working in synch to find solutions for a better world.

“A transition to clean energy is about making an investment in our future.” Gloria Reuben