Artmonte-carlo, the highly anticipated art exhibition that dropped anchor at the Grimaldi Forum in the Principality from April 30-May 1, 2016, under the high patronage of HSH Prince Albert II, is the new offspring of Artgeneve, the prestigious salon of modern contemporary art, that has been organized since 2012 by Palexpo SA during the European winter.

Under the very professional direction of Thomas Hug (in the photo above Francois-Paul Journe and Thomas Hug), working with a team of accomplished specialists in the field, this new and top-class exhibition that unfolded in the heart of the Mediterranean, was created as a response to the high interest shown by gallery owners and art collectors. Armonte-carlo held a blossoming and high quality first edition at the beginning of the summer season, enhancing Monaco’s ever-increasing prominent position in the art calendar of the world, joining prestigious events like the European Art Fair Monaco and the exhibition on Francis Bacon and French Culture both scheduled for July this year at the Grimaldi Forum.

Artmonte-carlo inaugural’s edition was organised around a brilliant concept, showcasing a specialized and carefully selected collection of works from leading international galleries, within an immaculate layout by Jons Vukorep responsible for the visual concept, enhanced by a program of top level non-commercial exhibitions. This salon made at a human scale with a diversified offer was presented in Monaco in a more concentrated fashion by presenting 36 galleries from all over Europe but also USA and China. Plus including about fifteen non-commercial exhibits from institutions, foundations and museums, among them the New National Museum of Monaco (NMNM), and the Monaco Project for the Arts (MPA), thus providing a link with what’s happening in the area.

Its parent salon Artgeneve welcomes each year around 70 galleries and its not-for-profit program includes twenty expositions, proposing to the public to discover private and institutional collections, from museums of art centers, as well as artists and curators invited to participate in an original way. Its original scheme, where art prevails over market and performance, gives the exhibition the allure of a mini-biennale that is increasing in quality and maturity finding its own niche in Switzerland. Artgeneva’s sixth edition is scheduled from January 26-29, 2017.

“We wish that these two salons enrich each other and allow to emphasize the idea of an ‘art salon’ at the international level, different from the formats and concepts of the grand ‘art fairs’ that we are familiar with,” said Thomas Hug. 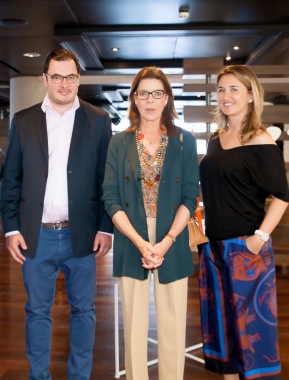 The official private opening of Artmonte-carlo took place on Friday, April 29, 2016 in the presence of HRH Princess Caroline de Hanovre, who you see in the photo with Thomas Hug and Safia Al Rashid, ambassador of the event in the Principality, and many other distinguished personalities.

The inauguration was followed by the Nuit Blanche (White Night), an all-night-long journey through cultural venues and public areas in the Principality, organized for the first time by the Monegasque Government in partnership with the Cultural Affairs Department. A perfect coincidence that made for a very artsy weekend in Monte-Carlo!

Before entering the Grimaldi Forum we could appreciate the large exterior art installations from artists participating in the Nuit Blanche Monaco: Apparatus for Sinking Bodies by German artist Max Frisinger; Bed Bondage / Anti Stationnement by American Bettina Alameda; TwoHOTEL by Swiss Fabian Marti with a wonderful sea view and in contrast with the high-rises; and the wind harpes entitled Yayu-Vata by Gabriel Lester located along the Champions Promenade, that unfortunately did not sound due to lack of wind that morning. 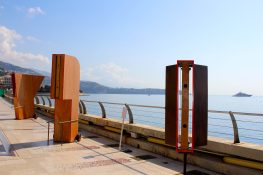 A fascinating journey through the Ravel space

It would be impossible to feature all the exposants of this exquisite mini-biennale in this article, so I will include only photos of some of the exhibits and artworks that really caught my attention. 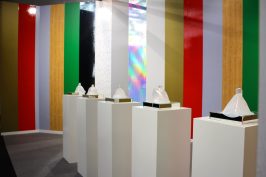 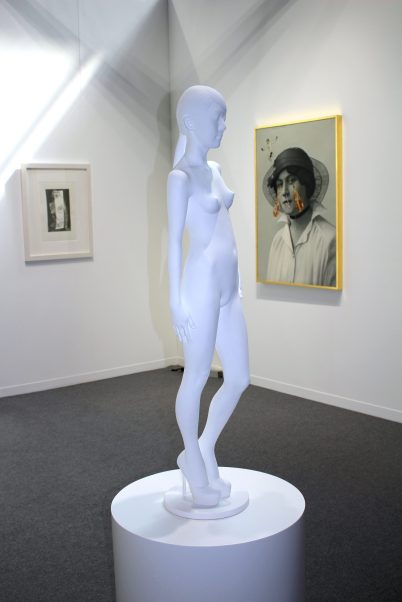 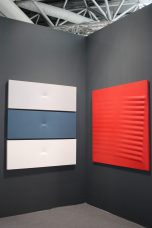 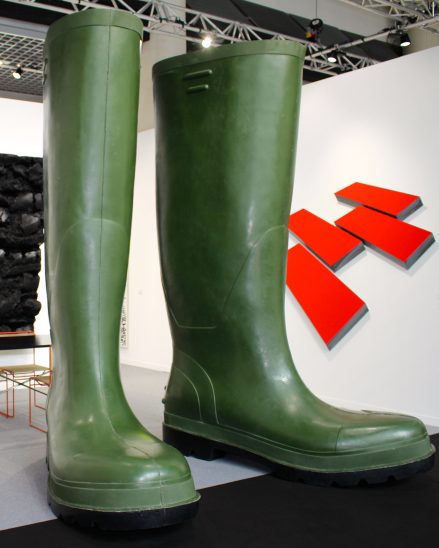 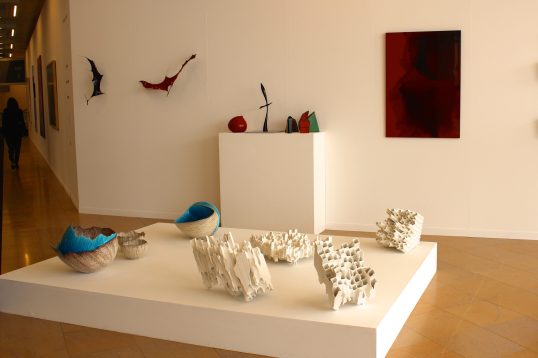 For its inaugural edition, the Solo artmonte-carlo – F.P. Journe prize, generously sponsored by Artmonte-carlo’s prestigious partner F.P. Journe Watches, recognized the best art exhibitor among the 7 independent cultural associations invited to expose in the Diaghilev area. The distinguished members of the Jury were: Marie-Claude Beaud, Director of the New National Museum of Monaco (NMNM); Manuel Borja Villel, Director of the Reina Sofia Museum in Madrid; and Chiara Parisi, Director of the Cultural Programs of La Monnaie de Paris.

The prize was awarded to the art institution Lulu from Mexico (stand F7), and it consisted in the acquisition of several artworks exposed from the young Franco-American artist Victoria Roth that will be subsequently donated to the New National Museum of Monaco (NMNM). It is the first time that the high-end watch manufacture of Switzerland F.P. Journe exhibits its haute horology watches in the Principality and Francois-Paul Journe himself, was present to guide visitors through his creations and to present the award. 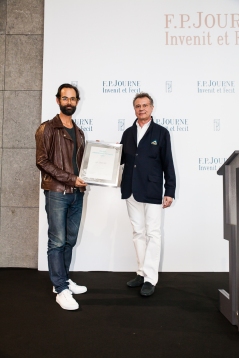 “That contemporary art be considered as classic and enduring can only be judged by future generations.” Ian Semple