Euro 192,000 raised for the Pelagos Sanctuary at Sir Stelios’ charity cocktail in Monaco 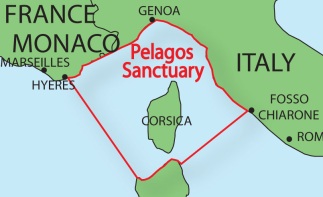 On a sizzling summer evening, July 7, 2016, Sir Stelios, the easyJet founder, gathered a lively and elegant crowd of five hundred guests on his vast terrace overlooking the port of Monaco for his now traditional cocktail, certainly the place to be and be seen. It was the 4th edition of his Philanthropic Foundation charity auction, to raise awareness and collect funds for the protection of the Pelagos Sanctuary for Mediterranean Marine Mammals. It encompasses a special marine guarded area extending about 90.000 km2 in the northwestern Mediterranean Sea between Italy, France and the Island of Sardinia, encompassing Corsica and the Tuscan Archipelago. The guest of honor was no other than HSH Prince Albert II, who came accompanied by Bernard Fautrier, CEO & VP of the Prince Albert II of Monaco Foundation (fpa2), and Marco Lambertini, General Director of the World Wide Fund (WWF), an association Stelios supports for more than two decades. 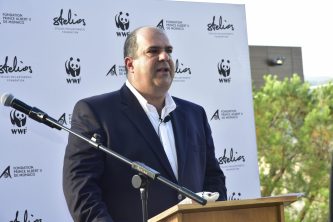 Sir Stelios, the buoyant host, kicked off the evening by inviting everybody to visit the Honesty Bar and drink plenty as every glass of wine, spirits, and even water at the price of €50 each, would help raise funds. Guests were also encouraged to Adopt a Dolphin for €1,000, and actively participate in the silent auction, curated by Space SBH around the theme Small is Beautiful, with graciously donated 32 works of art and jewellery. A check for a total of €192,000 was presented to Marco Lambertini of WWF at the end of the evening, the result of everybody’s generosity and Stelios Philanthropic Foundation’s customary funds’ matching. 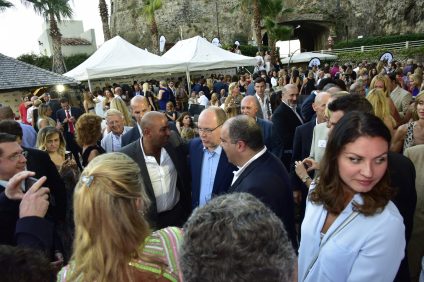 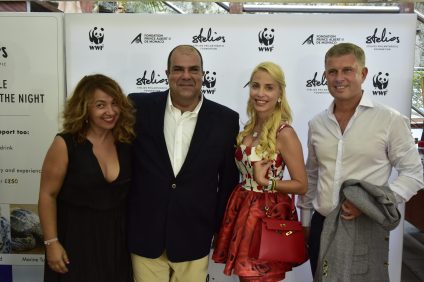 Sir Stelios with guests at his charity auction @SPF 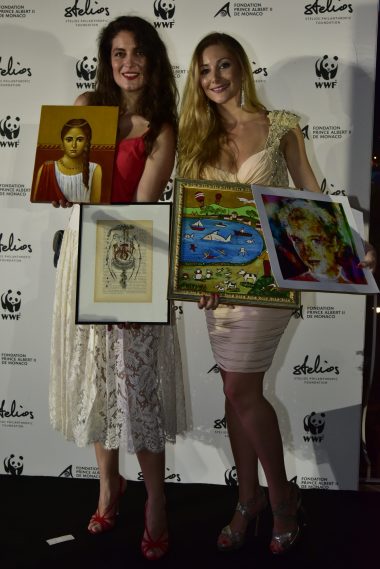 Artworks in the auction @SPF 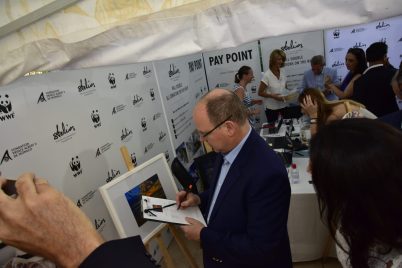 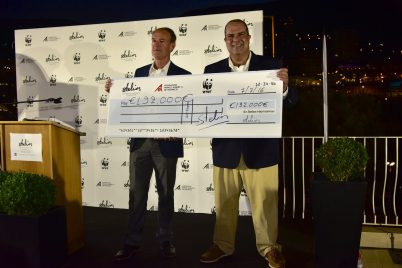 Prince Albert was invited to join the stage to talk about his Foundation’s involvement with the Pelagos Sanctuary project dear to his heart, as it was his father who helped establish it several years ago. Prince Rainier III then championed the idea that a sanctuary for cetaceans be eventually created in the Ligurian-Corsican- Provençal basin through a trilateral agreement among France, Italy and Monaco.

The responsibility to successfully implement the Pelagos Sanctuary still rests on the three governments, but the conservation effort’s success depends on a committed drive by civil society to create awareness on the public sector to live up to its commitments. Prince Albert informed the concerned audience that the original accord and its management is actually being revaluated, and emphasized the need to be proactive in reinvigorating it. The Prince wholeheartedly thanked Sir Stelios for his continuous philanthropic involvement.

“Fundraising is an extreme sport.” Marc A. Pitman