The highly anticipated European Art Fair Monaco run from July 20-24, 2016 at the Grimaldi Forum, with the participation of thirty-two of the most prestigious international art galleries, the entry ticket combined with the Francis Bacon exhibition through September 4, 2016. A celebrated art fair that keeps evolving and thriving for excellence.

This prestigious group, bearer of an illustrious history, has re-launched the salon with a new visual identity and upgraded communication support, recognizing the added value of their partnership with the Grimaldi Forum, from its appropriate installations to its exceptional architecture, plus the close collaboration with its highly professional press center. The collaborative effort of the four Monegasque galleries is aimed at capitalizing the salon’s glorious past while developing a new enhanced image. We confirm it was “mission accomplished”, by the high quality of the artworks exposed by illustrious art galleries. The idea was to renew ourselves,” emphasized Renaud Siegmann, the newly appointed Director of the fair.

Before entering the main exhibition in Space Diaghilev, the guests could appreciate “Les Arbres Brules” (The Burned Trees), a splendid work of art by the Monegasque artist Philippe Pastor. This installation has marked the entrance to the Monaco Pavilion during the latest Milan Universal Exposition.

Prince Albert with Adriano Ribolzi and his adorable wife @EAFMonaco 2016 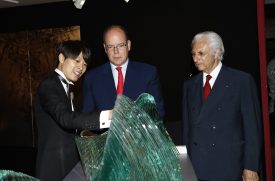 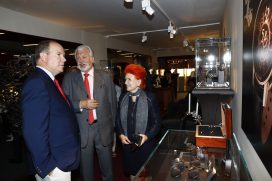 The privileged guests at the private inauguration, and the general public during the days thereafter, were able to discover the works art and collectors’ items exhibited in the stands smartly dressed in rouge, a real bridge between the universes of ancient and contemporary art, furniture, tapestry, sculptures, art pre-Columbian but also Asiatic and Latin-American creations, classic art pieces made in France or Italy, without forgetting the haute jewelry with the participation of Jewels of the World. It was a truly prestigious fair placing Monaco in the international art calendar among the very best in the field. 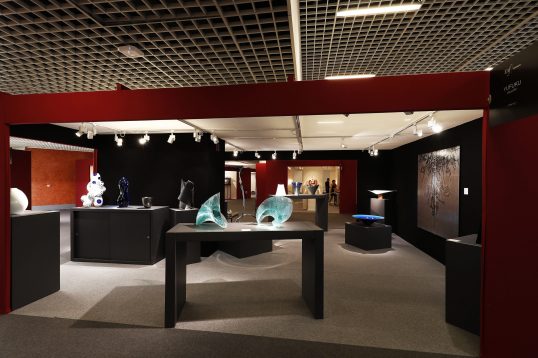 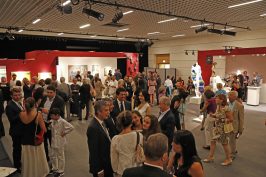 Guests at the inauguration of EAF Monaco 2016 @EAFMonaco 2016 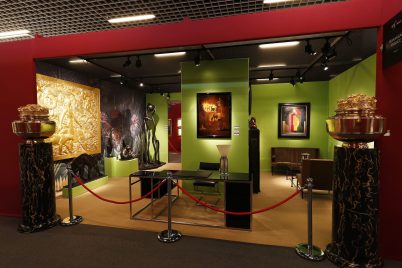 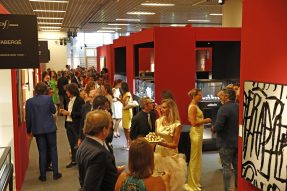 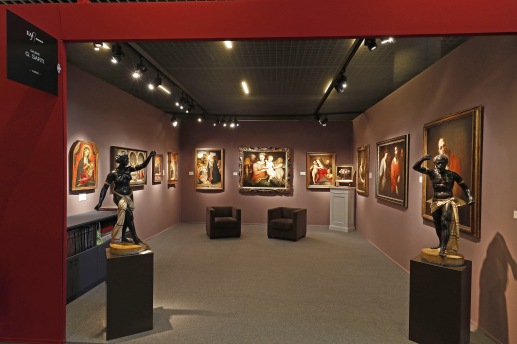 “The greatness of art is not to find what is common but what is unique.” Issac Bashevis Singer