Upon their return to the Principality after completing the first season on the fast paced GC32 Racing Tour, Pierre Casiraghi and his crew arranged a meeting for more than 30 promising young sailors from the Yacht Club of Monaco (YCM) Sports Section on Wednesday, October 19, 2016, the relay is guaranteed! Prince Albert II, YCM President, made an unexpected appearance to join his nephew Pierre Casiraghi, YCM Vice-President, and the youngsters in visiting Malizia, the catamaran flying the Principality colours, that was specially brought to the club for this occasion. The beautiful Beatrice Borromeo Casiraghi was also there to support her husband and take care of their mascot Uma.

The promising young sailors then had an opportunity to sail on board the GC32, an experience they will surely never forget. Malizia symbolizes the Grimaldi family’s deep connection to the sea in this tribute to Francesco Grimaldi, a Genovese who arrived by sea in 1297 and founded his namesake dynasty. 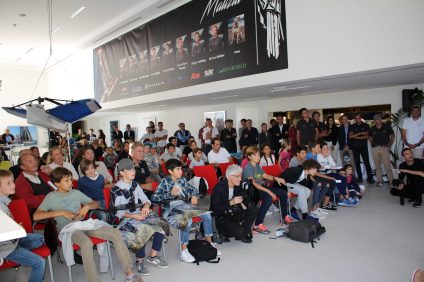 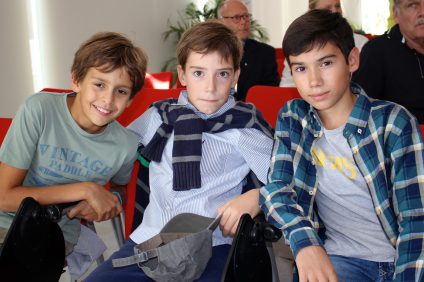 Malaysia held in the air by a large crane @CelinaLafuenteDeLavotha

Malizia at the YCM @CelinaLafuenteDeLavotha

Prince Albert II, his nephew Pierre Casiraghi and his crew with young sailors from the Sport Boats Section of the YCM @Sidney Guillemin

A courageous skipper with an A-team

They are the youngest crew in the circuit but ready to take the thrilling challenge of the extreme sailing series. Pierre started by introducing the Malizia team and then responded to the candid questions form the young audience. He emphasised: “We must be patient and take it one step at a time, as these boats are very powerful and quick. It’s imperative we take the humble approach.” He added that being newcomers in the circuit their goals were mainly to learn and sail as properly and effective as possible, trying to be at the level of competing highly experienced crews. They did accomplish their objective finishing 6th out of 11 for the season’s final overall ranking, and their vision is to work hard during this winter and reach a podium finish in 2017.

In preparation for the 2017 season, Casiraghi has a full agenda ahead of him, as he will be competing in the Monaco Sports Boats Winter Series in November 11-13 and December 9-11. These monthly regattas are attracting the best one-designs (J/70, Melges 20, M32, GC32) with four GC32s taking part for the first time, alternating fleet and match races. As his tactician Sébastien Col was keen to stress, “It’s important to hone your skills on different types of boat. Being flexible is essential if you want to improve.” Pierre will also be sailing Moths this winter, a single-handed foiling dinghy, with the objective of building his Malizia team. But before that happens, Pierre heads to Malta for the start of the Rolex Middle Sea Race from October 22-19, 2016, this time as member of the crew alongside Giovanni Soldini on the Italian’s multi Maserati.

Introducing the cast of Malizia

Pierre Casiraghi skipper of Malizia at the YCM @CelinaLafuenteDeLavotha 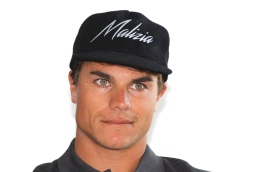 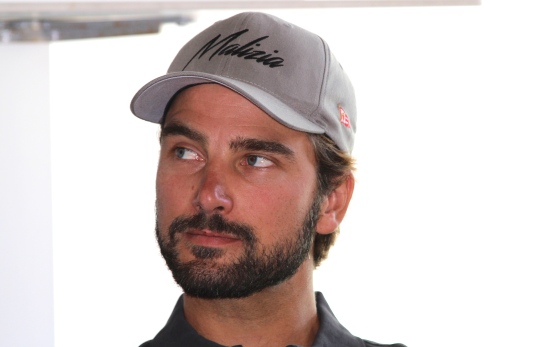 The GC32 circuit attracts the best international multi-hull sailors. Five regattas took place in the Mediterranean with phases in Italy, Spain and France.

“You don’t throw a compass overboard because the ocean is calm.” Matshona Dhliwayo