Flying catamarans are the attraction at the Monaco regattas winter series

Parallel to the regattas, there was a technical conference by German naval architect Martin Fisher, creator of the GC32 and the Flying Phantom, responsible also for the design team for the French challenge for the America’s Cup. He presented the latest advances in terms of foils for the great pleasure of the crews, avid for new technologies.

GC32 (Act II) – For their second act in the Principality, the three GC32 new generation foiling catamarans provided the show. With a wind of 8 knots, the three hulls elevated from the water holding on an L-shaped carbon foil. Invited by Pierre Casiraghi, these F1 of the sea brought a different dimension to the sportive sailing, completing the legs with regularity and incredible speed, under the supervision of Anne Malledant, PRO of GC32 Racing Tour. At the end of the three days and 11 rounds, Jerome Clerc (Realteam) claimed victory in front of Team Engie lead by Sebastien Rogues and followed by Malizia skipped by Pierre Casiraghi, assisted by Sebastien Col and Boris Hermann. A close result that illustrates perfectly the battle fought during this weekend of regattas.

M32 (Act I)– The new kids in the block to participate in the Monaco Sportsboat Winter Series, this other type of ultra-dynamic catamarans completing 11 rounds. Guido Miani as helmsman for Team Neverland triumphed, with Swedish Patrick Sturesson (Cape Crown Viking) coming second by one point difference, followed by Riccardo Simoneshi (Italia Sailing Team).

“I am happy that our Club hosts these series, very adapted to all type of weather conditions. This regatta format is fantastic for the crews that are able to train at the end of this year and prepare for the 2017 season”, commented Guido Miani. 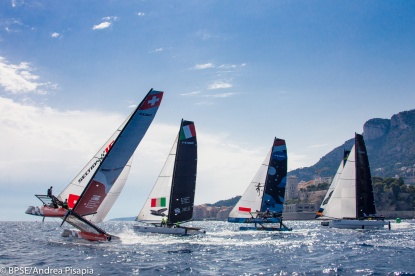 J/70 (Act III) – In this very dynamic and international series, counting with the presence of 34 teams of 11 nationalities coming from the five corners of the world, the games were very open, with only five points difference among the first six. Italian Luca Domenici of Notaro Team, sacred Europe champion here in 2015, was the winner. In second position was Russian Valeriya Kovalenko (ArtTube) that finished with equal points as Charles Thmpson (Brutus) placing third. Stefano Roberti (Piccinina), vice-champion of Europe of these series, confirmed his position of chief of the Monegasque armada composed of eleven units, finishing in 8th position.

Melges20 (Act III) – Fourteen Melges 20 came with eight Russian teams. But it was the Polish Krysztof Krempec (Mag Tiny) who won the competition with one point ahead of Pirogovo Sailing skipped by Alexandr Ezhkov. It is important to highlight the great showing by Alexander Novoselov (Victor) who finished on third place. 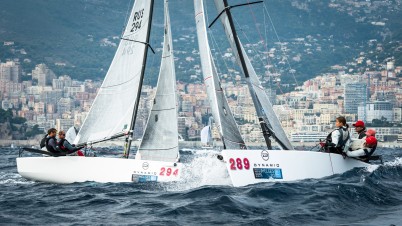 The next competition is scheduled from January 13-15, 2017 with the participation of the Melges20, J/70 and M32. We firmly believe that many of the courageous sailors will want to do their best to have a chance at reaching the podium, before the Primo Cup – Credit Suisse Trophy to run from February 2-5, 2017.

“It is not the ship so much as the skillful sailing that assures the prosperous voyage.” George William Curtis