Once upon a time…

From December 28, 2016, through January 3, 2017, the Ballets of Monte-Carlo present a new production of La Belle at the Grimaldi Forum. Jean-Christophe Maillot conceived La Belle, this original, rather unconventional, and unique version of The Sleeping Beauty, based on the fairy tale of Charles Perrault, for his company and his divine muse former prima ballerina Bernice Coppieters, premiering in the Principality on December 21, 2001. To many of us Bernice will forever remain as the unforgettable one-and-only original “Belle”, but Maillot wanting to transcend time reinvented the ballet once again, inviting the principal dancers of the Bolshoi Ballet, Olga Smirnova as La Belle and Semyon Chudin as the Prince, and a new production is born! 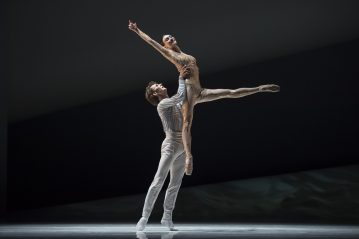 This new version of La Belle, the story of an impossible love where Maillot does not pretend to follow the traditional story, is a mix of classical and contemporary dance, set to Tchaikovsky’s score interpreted by the Philharmonic Orchestra of Monte-Carlo, with a contemporary and luminous decor by Ernest Pignon-Ernest who recreates the universe of the Prince in a stark aseptic black and white, in contrast with the sensual and soft world of Belle.

The superb lighting effects by Dominique Drillot complete the different atmospheres, enhanced by the videos of Matthieu Stefani & Remi Lesterle, while the beautiful extravagant costumes by Jerome Kaplan does the rest. Colors, lights, shadows, and contrasting stark and colorful costumes interplay with the traditional Tchaikovski’s tunes creating a magic faraway world.

The original plot is a barely camouflaged allegory of lustful desire in which “the sleeping beauty” retains her virginity until her one true love finds her. Maillot, who always operates outside the box, pushed the limits further to explore into the deep emotional aspects of the fairytale and opposes the protected world of La Belle which is all so ethereal, to that of the Prince fantastically played by Semyon Chudin, a sad, solitary, but pensive youngster living in a world of grief and penumbra, who has grown up castrated by his mother portrayed as a dark villain figure. La Belle’s arrival sliding down inside a huge transparent ethereal bubble, dressed in glimmering golden dress, is truly spectacular. But bubbles can be pierced as she sadly finds out when she is assaulted. La Belle appears lovely and mysterious, innocent and vulnerable. The ultra fine dress is ripped off with violence, leaving a skin-tight costume that seemed painted on the slim body of Olga Smirnova giving the impression of being naked while still appearing so virginal. 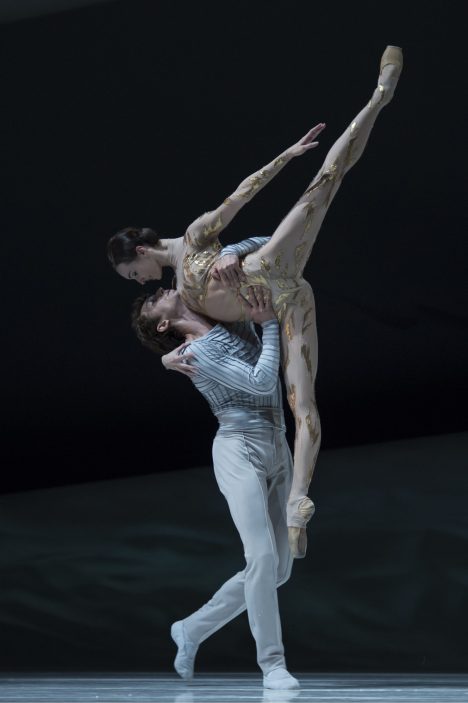 Multicoloured playful characters, with the ladies bearing a transparent balloon on their bellies, possibly suggesting fecundity, take over as the opening festivities begin and where the fairy becomes the symbol of transition between the past and present.  The humorous characters exude an assortment of sentiments, from love and sensuality to jealousy, avarice and yearning.

Excellent performances were given by all the dancers in this fine company, particularly Stephan Bourgond playing in drag as the mother of the Prince, who is powerful and intensely charismatic. The Fairy incarnated beautifully by Mimoza Koike literally stole the show. As Perrault intended there is a happy ending, as the lovers finally reunite and the beasts devour the wicked mother.

The Fairy and the Prince’s mother, 2016 @Alice Blangero

“And those who were seen dancing were thought to be insane by those who could not hear the music.” Friedrich Nietzsche