Top guns Murray, Nadal & Wawrinka qualified for 3rd round after fighting hard but Dimitrov was ousted in Monte-Carlo

Standing room only to watch top seeds battle on clay

Another exciting day at the Monte-Carlo Rolex Masters with the best of the crop made it to the third round on their clay season debut. World No. 1 Andy Murray had a tough battle to finally get rid of Gilles Muller from Luxembourg in a 7-5, 7-5 win against a worthy opponent that pushed him to his limits. The Scot was making a come back from a right elbow injury that had kept him of the courts since March, and will now meet Spaniard Albert Ramos Vinoles. Andy Murray said: “I definitely played better as the match went on. Obviously first service game was not ideal. But, you know, when you are coming back from not really serving for a few weeks, it’s I think normal. I was happy with how I hit the ball. I hit the ball clean from the back. I was dictating a lot of points once I got into the rallies. It was just sometimes the first couple of shots, like, the serve or the return, could have been a little bit better. But it was okay for a first match in a while.” The Scot’s fans encouraged him all the way! 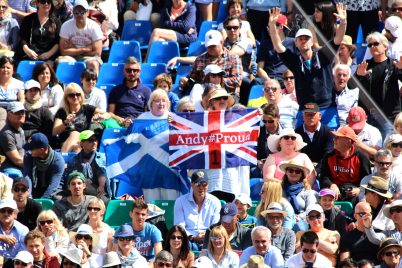 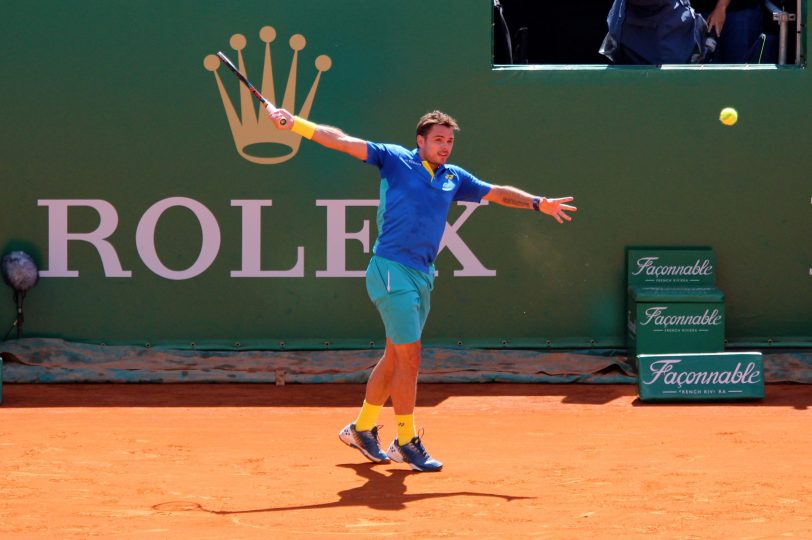 World No. 3 Stan Wawrinka had to go to three sets 6-2, 4-6, 6-2, to get rid of the Czech Jiri Vesely, who last year had ousted Novak Djokovic in the first round. The Swiss will now challenge Pablo Cuevas from Uruguay who is having a good run. “Overall it’s a good match. It was a first match on clay. The feeling was good. Winning in three sets means it was a good victory. It’s important to win and keep going. I prepared well. Practice was good. Physically I’m fine. We’ll see what I can do. I know my level is good. If I’m able to improve, I might have a chance in this tournament,” said Wawrinka after his victory.

Defending champion Rafael Nadal ranked ATP 7, looked like he would have an easy day at the office when he started by winning the first set 0-6 against 22-year old Kyle Edmund, but the Brit took the second 5-7 playing his best tennis ever, and the Spaniard prevailed in the third at 6-3, leaving his dream of conquering his 10th crown intact, and will face NextGen ATP Alexander Zverev. Always the great sportman, Nadal said: “He played well. I am very happy to still here with a victory. I think mentally I was there all the time. I fighted very well and I was strong enough after tough situations and saved one breakpoint in the third. I’m very happy to be here. I was humble enough to run and to put one more ball in, to find solutions.” Rafa’s supporters branded their signs everywhere to cheer for their favorite man. 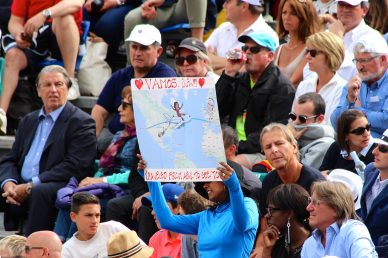 “I will let the racket to the talking.” John McEnroe