There were eight gladiators and now there are only four

Eight gladiators entered the arena of the Monte-Carlo Country Club on Friday, April 21, to battle furiously for a place in the semis, and four of them succeeded. The day started with clay specialist Spaniard Albert Ramos-Vinolas who outplayed Croatian Marin Cilic in three sets 6-2, 6-7, 6-2.

In the next match it was Lucas Pouille who beat Pablo Cuevas from Uruguay in a contested battle that went to three sets 6-0, 3-6, 7-5, with the hopes of becoming a French title winner at the Monte-Carlo Rolex Masters since Cedric Pioline won the trophy in 2000. Pouille said: “In the third set, it was very tight for both of us. He was able to break back, be up 5-4. After that, I was able to make no mistakes. I played well until the end. I was solid.” 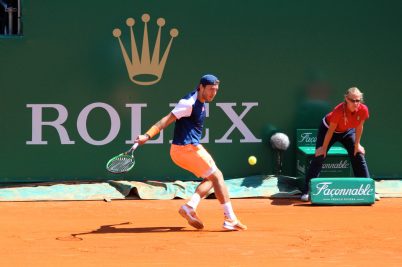 The 11th seed Pouille will be facing Spanish No. 15 seed Albert Ramos-Vinolas as they both attempt to reach their first title match at the ATP World Tour Masters 1000 level.

The excitement continued with the match between Belgian David Goffin, 10th seed, World No. 2 Novak Djokovic, with the last rays of sun covering half of the court and shadows growing on the other. It was Goffin who claimed victory over the Serb in three hard fought sets 6-2, 3-6, 7-5, with fans cheering loud for both fighters. Goffin recovered from a 2-4 deficit in the deciding set and sealed victory on his fifth match point when second seed and two-time former champion Djokovic struck a backhand into the net. Djokovic said: “It’s just unfortunate I missed my chances in the beginning of the third set to go a double break up. Yeah, in the end, that side, yeah, it was terrible. It was almost unplayable. Unfortunately, yeah, I mean, it resulted that way. I had my chances, I definitely did. I just didn’t use them.” 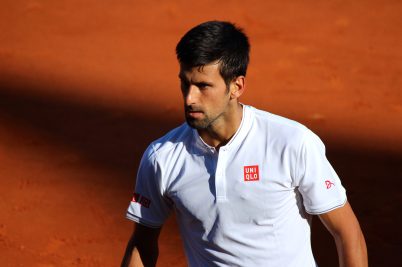 The last match between defending champion Rafael Nadal and Argentine Diego Schwartzman started late when the last rays of the sun were leaving central court and the electrical lights had to be turned on. Rafa had to fight against a high quality adversary, a clay specialist like him and coached by Juan Ignacio Chela, and the Spaniard succeeded in two straight sets 6-4, 6-4 for a place in the semifinals against David Goffin, and the hope of conquering his 10th crown in Monte-Carlo. 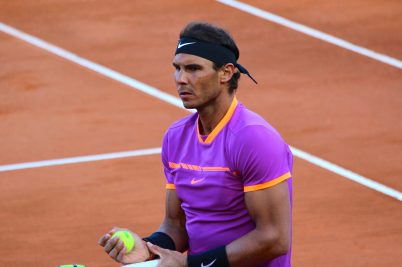 “If you don’t lose, you cannot enjoy the victories. So I have to accept both things.” Rafael Nadal