On Tuesday, May 23, 2017, just a couple of days before the start of the 75th Monaco Grand Prix, the Star Team for the Children and the F1 drivers confronted each other at the Stade Louis II in Monaco, for the 25th edition of the charity World Stars Football Match, perfectly organized under the leadership of Mauro Serra. This annual friendly match gathers celebrities and sports stars to raise funds to aid underprivileged children worldwide. This year Prince Albert sealed the victory for the A.S. Star Team with a goal. Bravo!

Captain Felipe Massa and the members of the Pilots’ Team Copyright:A.S Star Team for the Children – J.M Follete 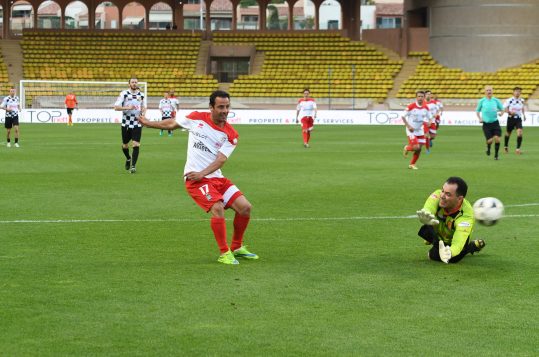 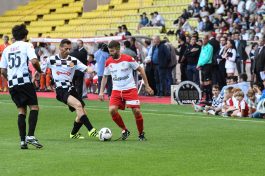 Captain Felipe Massa and the members of the Pilots’ Team Copyright:A.S Star Team for the Children – J.M Follete

Helping children one sporting event at a time

A.S. Star Team for the Children was created in 1993 by H.S.H. Prince Albert of Monaco and Mauro SERRA. The idea of creating this team arose from the fact the most important world sports and show business personalities live in Monaco. The purpose of Star Team is to collect funds for Monaco charity Associations which are helping underprivileged children around the world. In 1999 Star Team was recognized by the Monegasque Goverment as a Sports Association to help the children of the world. To this day, A.S. Star Team for the Children has held more than 100 sportive and social events, but their objectives are much more ambitious with the support of their members and of all those who believe in their initiative.

The A.S. Star Team gathers high level sports people in different disciplines, organizing all along the year events around: ski, golf, karting, tennis and of course football to raise funds to help a large number of charity organizations. A new discipline has been added to its calendar, as a car with the colors of the association will participate in the 2017 NASCAR Whelen Euro Series Championship.