Supporting emerging talent one filmmaker at a time

In 2006, the newly formed International Emerging Film Talent Association (IEFTA) participated in the Cannes Film Festival for the very first time. IEFTA returned for the Festival’s 70th anniversary, May 17-28, 2017, with a wide range of important initiatives, continuing its mission to support emerging talent from around the world in gaining access to resources, fundraising and industry exposure.

“Our organisation has had a presence in Cannes for the past eleven years,” says Marco Orsini, IEFTA’s President and one of its founding members. “We started off as a film festival promoting first-time feature-length film directors from around the world, before transitioning to support emerging filmmakers in emerging economies.”

First up, in partnership with the International Film Initiative of Bangladesh (IFIB), IEFTA presented the inaugural Dhaka to Cannes, a biennial event in support of emerging filmmakers from Bangladesh. This year’s selected participants, Lubna Sharmin, Md Abid Mallick and Kazi Muntasir, were brought to Cannes to take part in the Producers Workshop hosted by the Marché du Film. This unique opportunity included three days of intensive meetings with some of the world’s most prominent filmmakers, film executives and industry power brokers, identifying best practices and relevant programs while focusing on ways in which artistic and commercial efforts can be made sustainable across local and global markets. 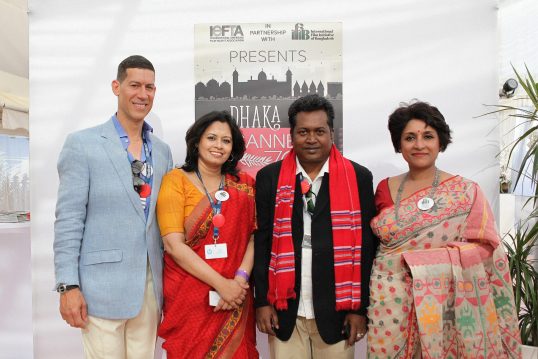 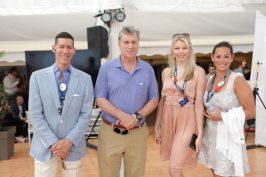 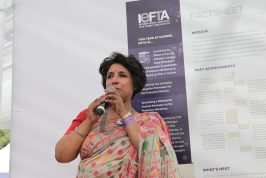 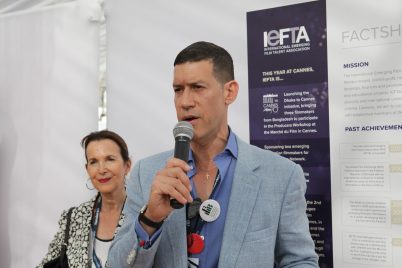 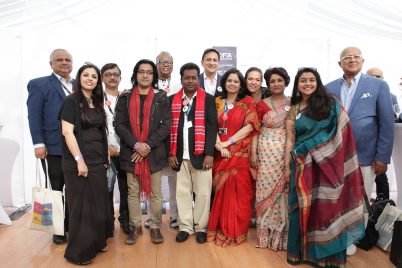 A similar initiative, Addis to Cannes, was launched by IEFTA in 2010 in partnership with the Ethiopian Film Initiative to support young Ethiopian filmmakers through a career-developing trip to Cannes. Past participants have gone on to have their films shown in international festivals such as Berlin, Toronto and Venice, and sold to worldwide markets.

In addition, as part of IEFTA’s sponsorship of Watersprite: The Cambridge International Student Film Festival, the runner-up of the Filmmaker of the Future prize – an award for filmmakers campaigning for change – was brought to Cannes to take part in the Producers Workshop. This year’s participant was UK-based Italian documentary filmmaker, Pietro Novello.

A reception at Plage Royal for Dhaka to Cannes: A Celebration of Talent,was organised by IEFTA, celebrating participating Bangladeshi filmmakers from this year’s inaugural Dhaka to Cannes initiative, as well as the Mongolian filmmakers, and Watersprite participants.

IEFTA hosted the second consecutive Refugee Voices in Film, a participatory screening highlighting the use of film as a tool for change against the backdrop of the global refugee crisis, in partnership with Doc Corner at the Marché du Film. The event presented United Nations Refugee Agency (UNHCR) social media campaigns, including #DangerCrossings, a collaboration with IEFTA to raise awareness about the dangers of migrant sea crossings into Yemen and the Mediterranean.The screening was followed by an evening reception on the beach of Plage 45, honouring filmmakers whose work gives voice to refugees. 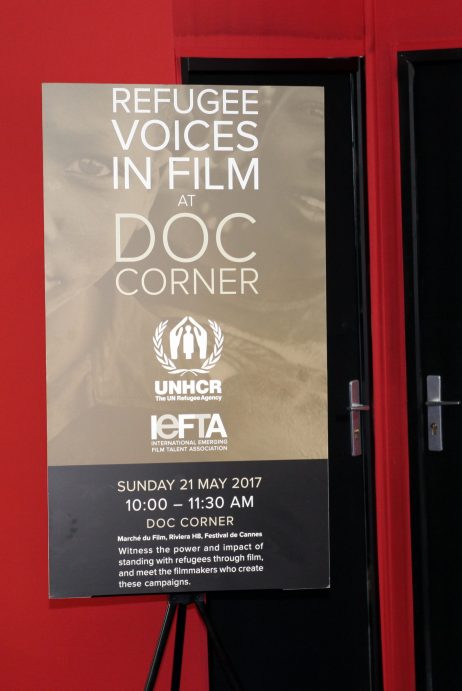 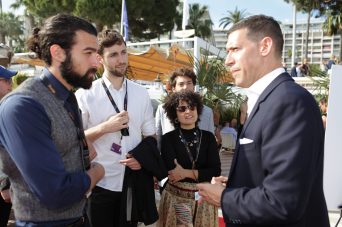 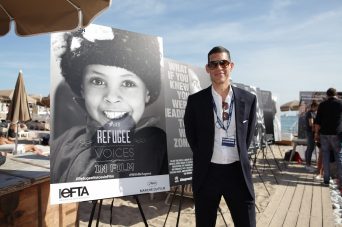 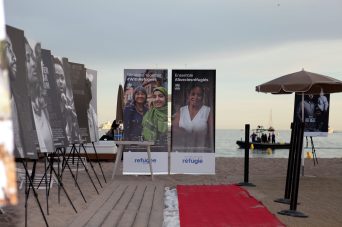 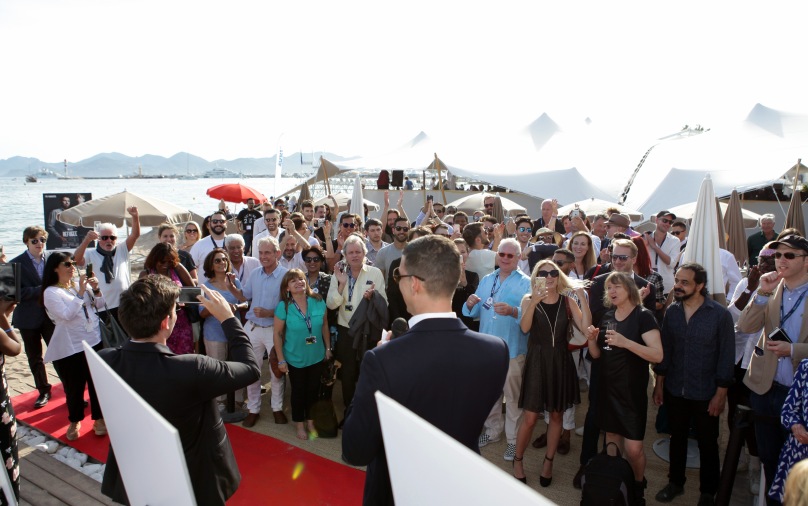 The refugee and migrant crises around the world is a humanitarian catastrophe. Filmmakers, musicians, writers, journalists unite to bring awareness and attention in any possible way.

Six prominent musical artists from Africa and the Middle East, an acclaimed filmmaker from Egypt, and a music producer from Hollywood, have joined UNHCR in a new campaign to raise awareness of the dangers facing refugees and migrants who journey from the Horn of Africa to war-torn Yemen and further afield in the Mediterranean.

The resulting track and music video, Dangerous Crossings, featuring stars from Somalia, Ethiopia and Egypt, singing in five languages – Maryam Mursal and Aarmaanta from Somalia in Somali; Yeshie Demalash in Amharic, Dawit Nega in Tigrinya and Tadele Roba in Oromo from Ethiopia; and Hany Adel in Arabic from Egypt – was recorded last month in Egypt. Cairo, home to a vibrant music and film scene, was chosen as the location to record the song in part because it is home to many refugees from across the continent. They helped create the music, devise the messages and write the lyrics during a workshop with local musicians and refugees, including shipwreck survivors with harrowing tales. Aarmaanta’s song “Tahriib” sowed the seed for the creation of Dangerous Crossings.

The production of the Dangerous Crossings song and video was facilitated with help from the International Emerging Film Talent Association (IEFTA), a Monaco based organization, whose mission is to discover and promote emerging cinema talent from around the world, to encourage dialogue between filmmakers, to promote cultural diversity and international understanding, and to engage the art of cinema.

Promoting emerging cinema talent for over a decade

The mission of IEFTA, a Monaco-based, non-profit, non-governmental organization, is to discover and promote emerging cinema talent from around the world, encourage dialogue between filmmakers, promote cultural diversity and international understanding, and engage the art of cinema. Focusing on the world’s developing regions, IEFTA’s Global Film Expression provides opportunity and education to those with little to no access to resources for cinematic expression. This year marks the 11th anniversary of IEFTA relentless work.