Bringing smiles where there is suffering

This past Monday, September 25, 2017 the Monegasque association Les Enfants de Frankie (Frankie’s Children) organized a Gala at the Yacht Club of Monaco to celebrate Frankie’s 20th birthday. This magic event recounts the accomplished journey that started back in 1997, as well as the important initiatives to assist children in need. This anniversary also marks an important turn as the association is in the process of creating the “Frankie’s Foundation” to perpetuate the emblematic Frankie the Clown, who cares so much for children in need in the region. A live auction of items offered by generous donors took place during dinner, enabling the association to raise Euro 80,000 that will contribute to the completion of new projects.

The tables were beautifully decorated and the ceiling was covered with white balloons, plus a giant ice sculpture by triple world champion Mario Amegee, represented the 20th anniversary. 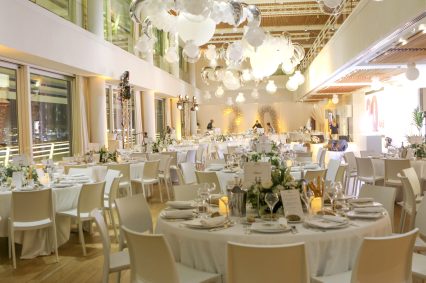 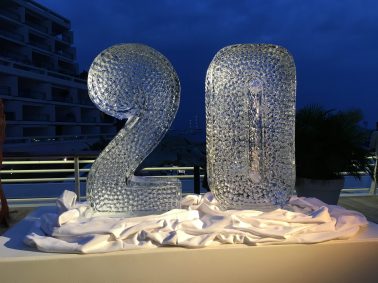 Adding to the festive ambiance, twenty children from the association took the stage to sing the Monegasque anthem honoring the Prince, among them Vincent Cassarini, who is assisted by the association for over five years, and who dreamed of “inviting Zidane and Barthez to my birthday on August 2”, through the “Dream Mission” program, that HSH Prince Albert had the kindness of making it into a reality. Guests were happily entertained by five young London jazz players from the band “The London Essentials” and Natalie Makatsaira, a young and beautiful 13-year-old girl. Frankie the clown surprised everybody by popping out of his birthday cake!

Children on the stage with singer Natalia @Thierry Carpico

“True charity is the desire to be useful to others with no thought of recompense.” Emanuel Swedenborg