This past Sunday, November 19, 2017, during the celebration of the National Day in Monaco, and after 8 days, the No Finish Line culminated breaking all records! With 12,967 caring souls running or walking a total of 436,963 km surpassing the objective of covering the distance to the Stars, with a total a mount of Euros 436,963 raised (at the rate of 1km = 1 Euro) that the association Children & Future will dedicate to finance projects in support of underprivileged children. The NFL keeps breaking records in the name of children. Since the debut of the NFL, Children & Future has raised a total Euro 3,5 millions.

One more time, this course made of generosity and love was a resounding success, thanks to the number of participants, added to time investment of cheerful hard working volunteers and the loyal support from sponsors.

Prince Albert II, who participated in the course as he does year after year since its inception in 1999, took time from his busy schedule and was present at the closing of this year’s circuit. There were 367 accomplished teams participating this year, plus the individuals pursing personal challenges, and the experience runners who see in the NFL a highly anticipated sportive event. Together united for a common cause! 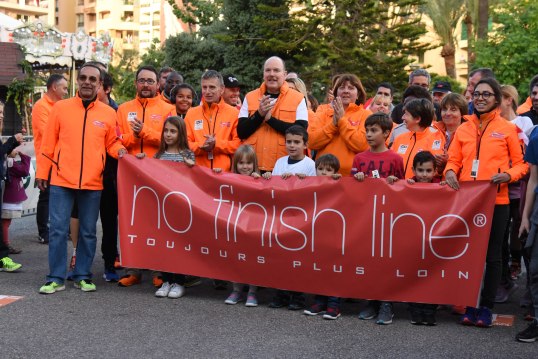 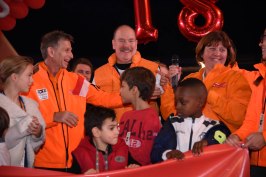 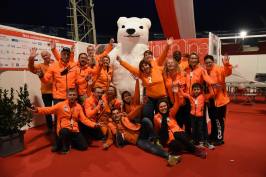 Every participant is a winner in solidarity race

Below are some sports results from the solidarity race, but I want to emphasize that every participant is a winner, because each one of them gave their time and effort to raise funds for the children and bring smiles where there were tears. Bravo to everybody who got involved!

During the NFL, an homologue course “the 24-hour runners” reserved to experienced runners, that went from Saturday, November 18/09:00 to 9:00 to Sunday, November 19/09:00, registered in the official calendar of the French Athletic Federation, broke a new record among the 166 runners registered in both the 100 individuals and the 11 teams of 6 in relay.

Mark your calendars for November 2018

The 19th edition of the NFL will take place again in November 12018 again in Fontvieille by popular support and with new records to be broken! Exact date to be unveiled in the near future.

“We only have what we give.” Isabell Allende