On December 5, 2017, the Oceanographic Museum of Monaco, under the direction of Robert Calcagno, hosted the premiere of the 75min documentary “Le Prince et la Mer” (The Prince and the Sea), in the presence of HSH Prince Albert II, distinguished invited guests and French journalist Christine Oberdorff who directed the film, that will be officially aired on Ushuaia TV tonight Friday, December 8, at 20:40.  The date coincides with the celebration of World Climate Day, at the initiative of various French and Belgian environmental associations. Prince Albert II with Christine Oberdorff at screening of The Prince and the Sea at Oceanographic Museum of Monaco @ M. Dagnino 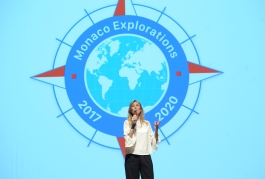 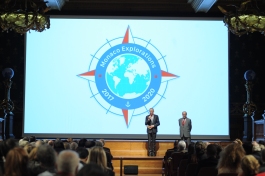 The Ushuaia TV team, under the direction of Christine Oberdorff, chronicled the first part of the exploratory campaign on board the YERSIN, the Principality’s new ecological scientific vessel that departed on July 27, 2017 from the Yacht Club of Monaco. By getting on board the vessel and accompanying Prince Albert, Oberdorff wanted to demonstrate to the world that Monaco is more than rhinestones and glitter, and show the Prince’s internationally recognized longstanding commitment to the preservation of the environment through the Monaco Explorations, following the steps of his great-grandfather Prince Albert 1er, founder of the Oceanographic Institute. 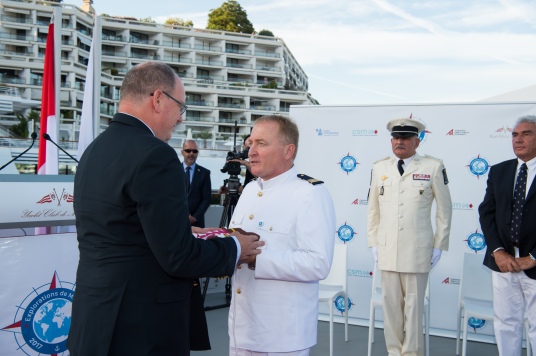 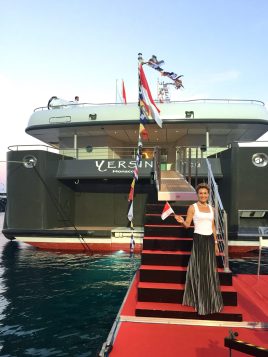 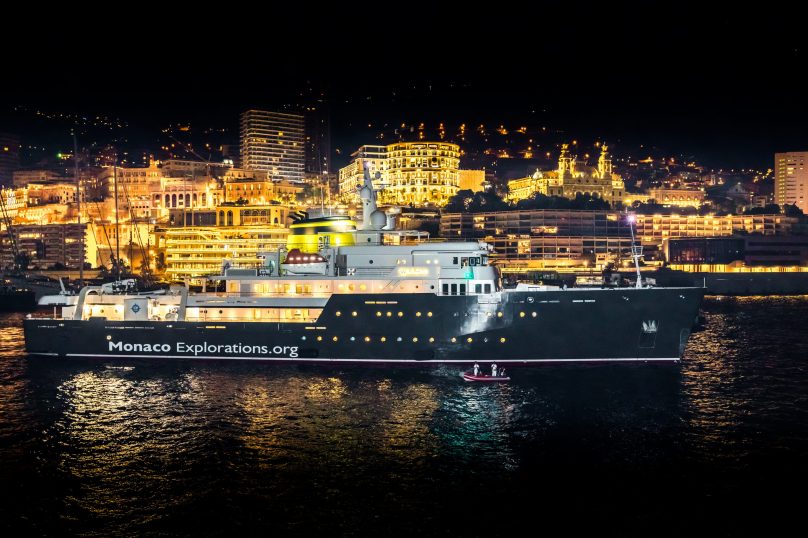 The film relates the daily life of the Prince and the teams of Monaco Explorations during their incredible adventure last September in Macaronesia, the region of the Atlantic that covers the archipelagos of Madeira and Cap Vert. This giant yacht converted in scientific vessel will explore the blue planet for a world tour of 3 years, to verify overexploitation, pollution, plastic waste and global warming, acidification, species in the brink of extinction, all alarming signs for the ocean that are being multiplied due to the pressure exerted by the present in the current growth model. That is the reason why Monaco re-launched the great explorations that took place during the past two centuries, to learn, understand and bear witness, with the ambition to reconcile Humanity and the sea.

A new exhibit “Monaco Explorations – Back in Macaronesia” consisting of 22 XXL photos retracing the highlights of this first mission, will be open to the public in the Salle de Conferences of the Ocenographic Museum of Monaco until Sunday, January 7, 2018.

“Exploration is really the essence of the human spirit.” Frank Borman