Marie-Christine Oghly, is originally from the cultural and historical region of Lorraine in north-eastern France bordering Belgium, and this is the first time in the history of this association that a French woman is the top leader, succeeding the Italian Laura Frati-Gucci.

Oghly, had been elected President of the Femmes Chef’s d’Entreprise Mondiales (World Entrepreneurial Businesswomen), in March 2017 in the Principality during the FECM’s committee meeting, and officially appointed in November of that year during the AFCE’s World Congress in Rome. Oghly is a brilliant and accomplished businesswoman who has an ambitious plan for the association she presides.

FCEM is the pioneer association uniting business owners from all over the world. Yvonne Foinant, founded the association in France, in 1945 at the end of WWII, just a few months before the creation of the United Nations. The association spread quickly into other European countries and today it counts over 5 million members, representing 120 countries in the 5 continents, bringing together in solidarity and friendship, like-minded women who share entrepreneurship as their common interest.

The first day was entirely dedicated to Marie-Christine Oghly meeting the Monaco members who introduced themselves, explaining their position within the association and their professional career, and had the opportunity to partake with their world president, culminating with dinner together.

Hilde Haneuse-Heye, President of AFCEM, and her executive board took the opportunity to honour the Monegasque association’s doyen Anna Amalberti, founder of the Papeterie de Monaco, who recently retired at 96 year’s young. Joelle Baccialon past President of AFCEM, was in turn congratulated for her nomination to the position of Vice-President of FCEM in charge of Europe. 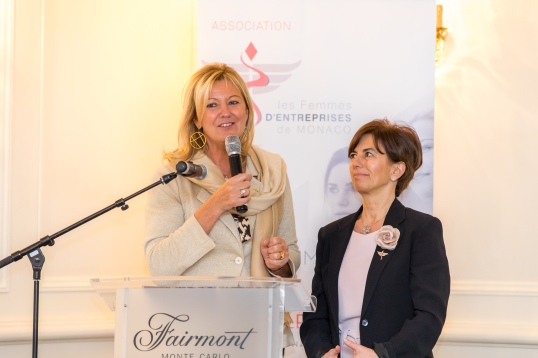 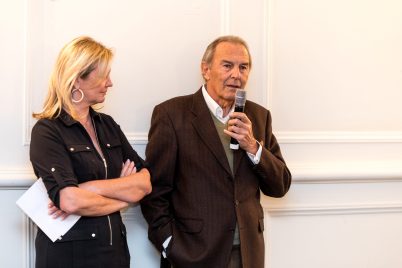 An ambitious and progressive agenda

Businesswomen from Italy and France including Claudia Torlasco, President of the FCE Italian association, joined the AFCEM members at the Fairmont the following day.

Marie-Christine Oghly exposed her new ambitious program for the association she presides, praising those who preceded her and promising to advance FCEM around the world even further, in support of the millions of accomplished members that are the association’s strength, true to their original motto: “Alone with are invisible. Together we are invincible”.(Photo insert: Marie-Christine Oghly @Philippe Fitte)

She took the opportunity to announce the creation of a new commission within FCEM to handle Ethic and Protocol, to be lead by Cinzia Cicolella, vice-president of the Monegasque association AFCEM. (Photo insert: Emmanuelle Bouvet and Cinzia Cicolella @Philippe Fitte) 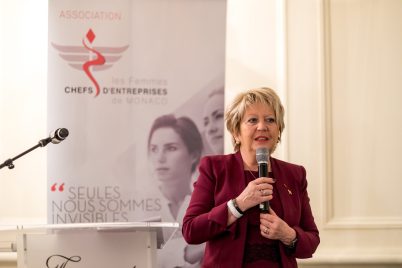 Furthermore, the new president proceeded to announce the dates and sites for the association’s future meetings, while inviting members in all countries to present their candidates for the Yearly Awards in New York. 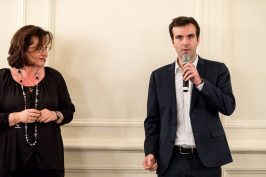 The highly interactive meeting culminated with lunch in a very friendly atmosphere.The AFCEM members gave their farewell to Marie-Christine Oghly with a promise to meet again very soon at one of the upcoming meetings. 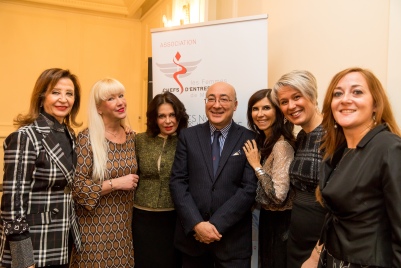 The motto of the FCE association is:“Seules nous somes invisibles. Ensemble nous sommes invincibles.”  In English “Alone we are invisible. Together we are invincible.”