Prince Albert, appropriately wearing a tuxedo with sport sneakers, accompanied by an elegant and chic Princess Charlene, dressed in an all white long robe, attended the 2018 Laureus World Sports Awards (LWSA) in the splendid Salle des Etoiles at the Sporting Monte-Carlo in Monaco this past Tuesday, February 27. The Laureus celebrated sporting success and achievement over the past calendar year, while also recognizing the true value sport can have in uniting communities and acting as a positive force for change.

Hollywood star Benedict Cumberbatch hosted the 2018 Laureus World Sports Awards in the Principality, having previously hosted the 2014 Awards in Kuala Lumpur and the 2015 Ceremony in Shangai.

The globally-recognized actor has appeared in a series of highly respected film and TV dramas in recent years, including his famous role as Sherlock Holmes in Sherlock, playing Alan Turing in The Imitation Game as well as a role in Academy Award-winning 12 Years a Slave. Benedict is also acclaimed for his performance as Julian Assange in the Wikileaks movie The Fifth Estate and as the Dragon Smaug, in Peter Jackson’s The Hobbit: The Desolation of Smaug. (Photo-insert: Benedict Cumberbatch and Kate Abdo at the 2018 LWSA in Monaco, 02-27-18 @Stuart C. Wilson/Getty images for Laureus)

The distinguished guests were fabulously entertained by world famous Scottish singer and songwriter Emeli Sande MBE, who received the 2012 Brit Awards’ Critics Choice Award and in 2017 won the Brit Award for Best British Female Solo Artist becoming her fourth win in total. The acclaimed artist is no stranger to singing on the greatest sporting stages, having performed at both the Opening and Closing Ceremonies at the London 2012 Olympic Games. 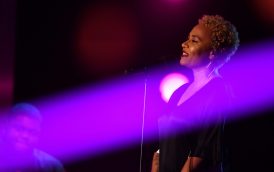 Roger Federer, the icon of men’s tennis, won his fifth and six Laureus statuettes, becoming the most decorated Laureus Winner in history at the 2018 Awards Ceremony in Monaco. At 36 years old the highly accomplished Swiss tennis player has reclaimed the No.1 position in the ATP world ranking, and is unstoppable! 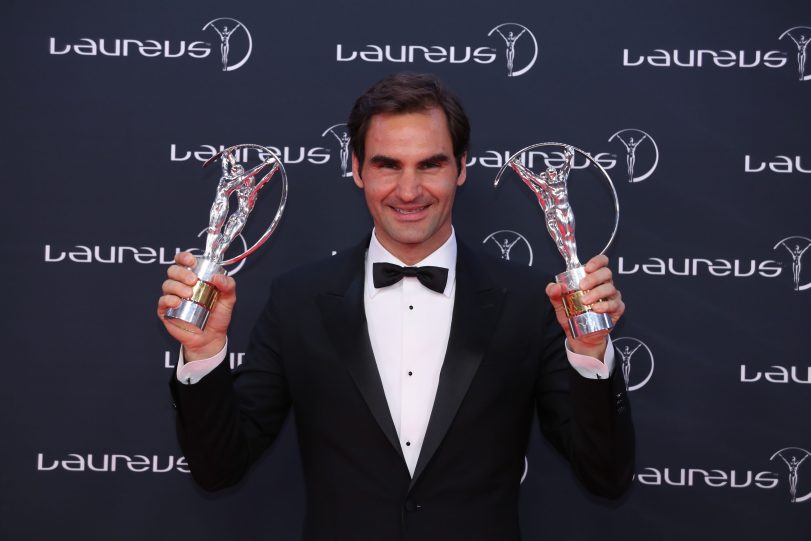 Speaking after receiving his Awards, Federer said: “This is a very special moment for me. Everyone knows how highly I value my Laureus Awards, so to win another would have been wonderful, but to win two is a truly unique honour. And so unexpected. I am delighted and I would like to thank the Laureus Academy for all their support.” (Photo insert:R oger Federer with his two trophies at the Laureus World Sports Awards in Monaco 2018 @Boris Streubel/Getty Images for Laureus)

“It was an unforgettable year for me, to come back after a very difficult 2016, and these Awards just make it even more memorable. When I won my first Laureus Award back in 2005, if you had said I would have ended up winning six I would not have believed you. It’s been an amazing ride.”

Voted for by the legends of sport in the Laureus World Sports Academy, the Awards recognised sporting achievement in the 2017 calendar year.

In the Sportsman of the Year category, Federer fought off tough competition from the likes of Rafael Nadal and Cristiano Ronaldo to win the Award. The Swiss tennis star who won the Australian Open and Wimbledon, also received the Comeback of the Year Award, in recognition of his achievements in overcoming a serious knee injury.

Serena Williams won the Sportswoman of the Year Award following her Australian Open success, her 23rd Grand Slam title. Serena, who also gave birth to her first child in 2017, is now the most decorated female Laureus Award winner with five Laureus statuettes. The 36 year old was back on court alongside sister Venus after the pregnancy break, in a doubles clash against the Netherlands at the Fed Cup in North Carolina on Sunday, just five months after giving birth to daughter Alexis Olympia Ohanian.

Golfer Sergio Garcia won his second Laureus Award, 18 years after winning the Laureus Newcomer accolade at the 2000 Awards. The Spaniard received the Breakthrough of the Year Award for winning the 2017 Masters, his first ever Major Championship win on his 74th attempt.

Mercedes AMG Petronas beat the likes of Real Madrid and the Golden State Warriors to win the Team of the Year Award, after continuing their dominance in Formula One by securing their fourth successive Constructors World Championship. (Photo insert:Toto Wolf of Mercedes BEnz/Patronas F1 team receiving Laureus Team of the Year in Monaco on February 27, 2018 @Boris Streubel/Getty Images for Laureus)

Attended by sports stars, celebrities and business leaders from around the world, the Awards also shone a light on the transformational work of Laureus Sport for Good, the Laureus charity which uses the power of sport to help young people overcome violence, discrimination and disadvantage.

Active Communities Network, an international sport for development organisation which works in the UK, Ireland and South Africa, received the Laureus Sport for Good Award for their life-changing work in using sport to help young people make positive lifestyle choices, by learning life skills and progressing into education, training and employment programmes.

Brazilian football team Chapecoense, the team which was torn apart by a devastating plane crash and whose revival and comeback inspired the sporting world, were honoured with the Laureus Best Sporting Moment of the Year Award.

US Olympic Legend and Laureus Academy Member Edwin Moses received the Laureus Lifetime Achievement Award, in recognition of his remarkable sporting career in which he won two Olympic gold medals and remained unbeaten for nine years, nine months and nine days in the 400 metres hurdles. He is now a world leader in the fight against the use of illegal drugs in sport. 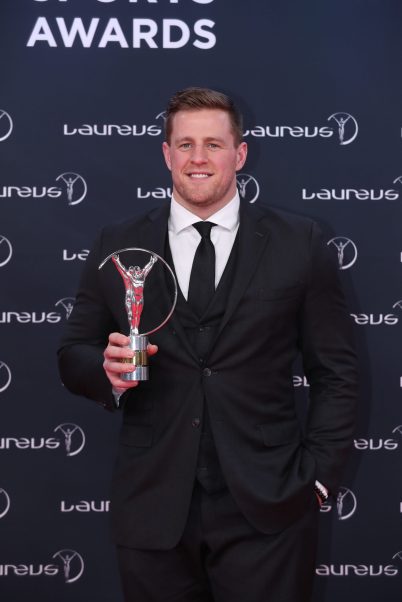 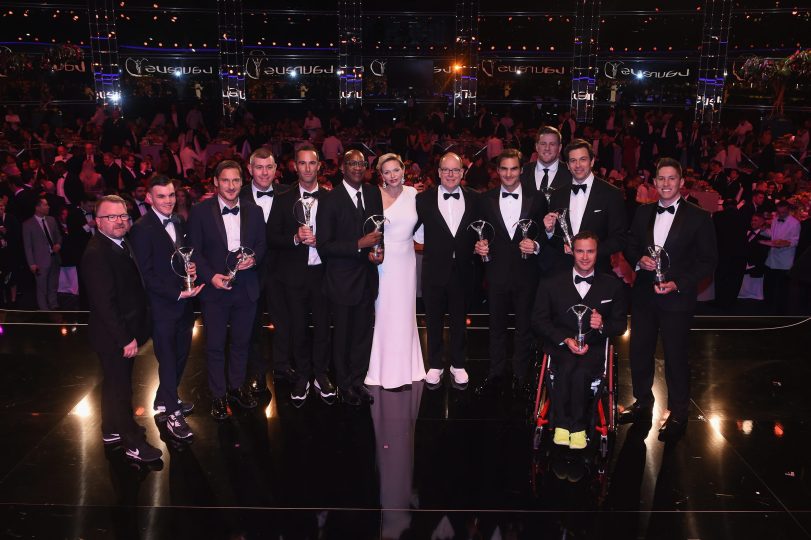 “Sport has the power to change the world. It has the power to inspire, it has the power to unite people in a way that little else does. It speaks to youth in a language they understand. Sport can create hope, where once there was only despair. It is more powerful than governments in breaking down racial barriers. It laughs in the face of all types of discrimination.” Nelson Mandela at the inaugural Laureus World Sports Awards in Monaco in 2000