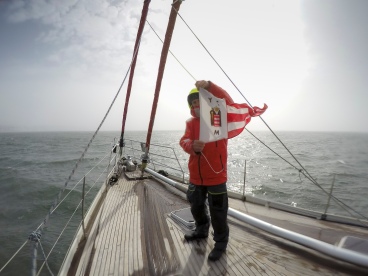 The Yacht Club of Monaco (YCM) and their Explorers Club, organized a conference on March 15, 2018, to meet the crew, led by Jochen Werner, co-founder of Global Offshore Sailing Team (GOST), who were back from the White Antarctic expedition, a visit to the end of the world and shared their perilious adventure.

The expedition was made possible thanks to the invaluable support of the Yacht Club of Monaco following an initiative by H.S.H. Prince Albert II trough his Foundation. The Prince follows in the footsteps of his great-great-grandfather Prince Albert I, who was an explorer and cared for the environment. The expedition’s vessel carries the YCM’s insignia. 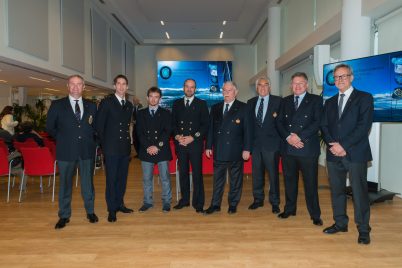 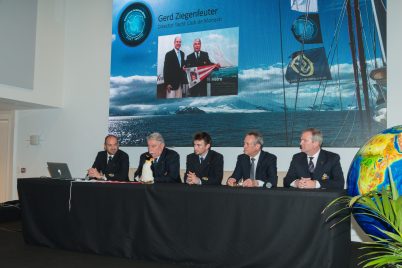 From 12-28 February, a crew of 12, covered more than 2,000km on a 25m sailboat in Southern Hemisphere waters. They made a round trip epic journey departing from the Chilean village of Puerto Williams on Navarino Island, facing the Beagle Channel, they continued to Cap Horn and Drake Passage, to arrive to Deception Island in the Antarctic.

The White Antarctic expedition objectives share an historical, social and environmental element. For example, the international crew performed a ceremony on Deception Island in homage to explorers and sailors who have risked their lives crossing this territory. Out of respect for the Antarctic continent’s fragile environment, an ice crown was placed on behalf of the 19 nations supporting the expedition and United Nations.

Gérard Ziegenfeuter, Yacht Club de Monaco Board member and experienced sailor, opened the conference: “Twenty-five years ago when I sailed to these remote places, we did not have the same technical equipment on board or access to all the meteorological tools. Today, even with these aids, exploring Antarctica is far from being a tourist trip, and I am happy to see that sailors continue to venture into these challenging territories, combining them with initiatives to help protect our environment, so dear to our Prince Albert II.”

Jochen Werne, co-founder of GOST (Global Offshore Sailing Team), a driving force behind this project, looked back on their experience: “We covered some of the most dangerous maritime routes on earth, including Drake Passage and weathered several big storms in the Antarctic and Cape Horn. The trip took two days longer than planned due to the extreme conditions we encountered with waves over 8 metres high, temperatures around 0°C and winds gusting up to 50 knots.”

For David Gamba, appointed by the Yacht Club to represent the Principality, his mission was to observe marine mammals in their wild state, list them and collate the information for scientists. David runs the YCM’s year-round whale watching outings in the Pelagos Sanctuary and was thrilled to have this opportunity to put his experience and knowledge at the service of this expedition: “Antarctica is truly at the end of the world; the environment is totally natural. The cetaceans are not used to humans and therefore not that nervous, so I was able to observe 18 whales of four different species.”

He continued: “In my 27 years, this was one of the most difficult missions ever entrusted to me. During the Drake Passage there was no room for error. This experience taught me so much about myself as well as the environment.” 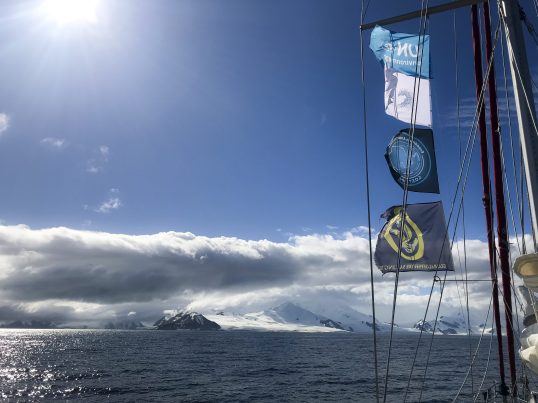 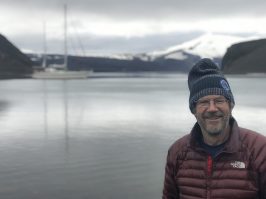 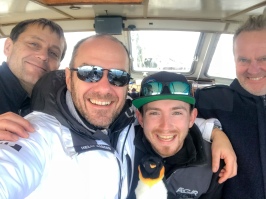 The expedition also helped raise awareness in the international community of the importance of protecting remote areas, notably with its support for the UN Environmental “Clean Seas” initiative battling plastic waste pollution of the oceans. The team were also collecting samples of plankton for a research project run by Connecticut University and North Eastern University who analyse data to better understand how the ecosystem is reacting to climate change.

Sharing in the crew’s adventures was a mascot called PINGI that helped involve the new generation, particularly youngsters in the Sports Section. They were given a taste of what extreme conditions are like in two phone calls to the crew, the first when the boat was sheltering in a small bay at Cape Horn with 80km/h winds at anchor, and the second when they were in the open sea facing 8-metre high walls of water. 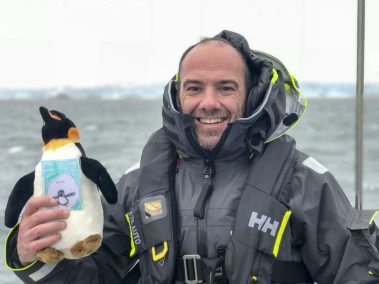 This expedition contributes to create awareness among the international population on the importance of protecting these faraway areas of the planet. Notably defending the United Nations “Clean Seas” initiative that fights against plastic pollution in the oceans. They also collected plancton to support a project by the Connecticut and Northeastern universities who analyse the data to better respond to our ecosystem’s reaction to climate change.

On their return to Puerto Williams, the crew visited a sailing school in Cedena, which teaches children the values of sport, sharing, teamwork and solidarity and enables them to compete in regattas all over Latin America. The meeting resulted in a project being initiated to develop a partnership between youngsters at this school and the Yacht Club de Monaco. 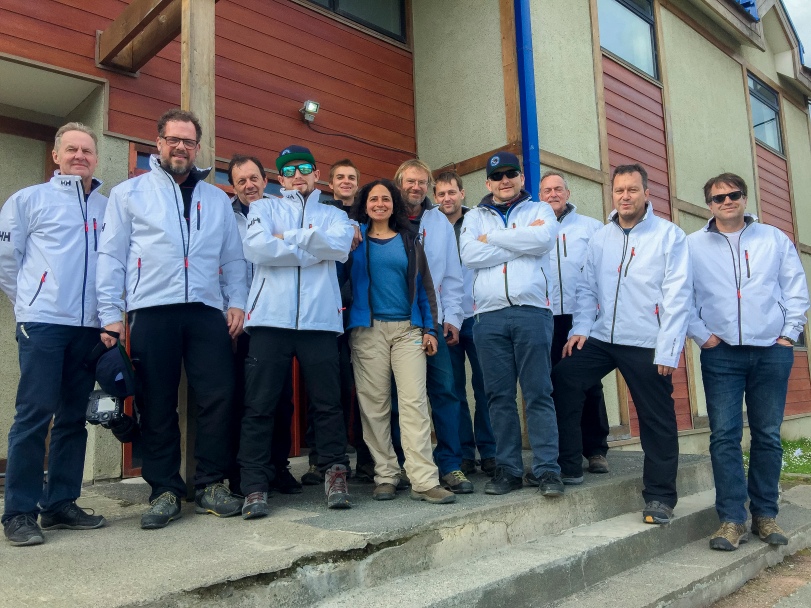 A few facts about Antarctica

While there are no bears in Antarctica, they named the region after a polar star guiding the explorers to the end of the earth. The star was called “Arktos” by the Greeks meaning “land of the big bear”. Antarctica is a desert, and it does not rain or snow a lot there. It is the coldest, windiest and driest continent. When it snows, the snow does not melt and builds up over many years to make large and thick ice-sheets.

The continent is approximately 14 million square kilometres, and is divided into two regions, East and West Antarctica, with the Eastern section making up two-thirds of the total area, and is about the size of Australia. Ice on this area averages 2km deep. The coldest temperature ever recorded on Earth was minus 89.2 degrees Celcius, registered on July 21, 1983 at Antarctica’s Vostok station, a lake hidden deep beneath the surface, where expeditions from several countries are currently drilling the 4,000 meters to reach this hidden gem. West Antarctica, on the other hand, is a series of frozen islands stretching toward the southern tip of South America, an extension of the Andes Mountains. East and West regions are separated by the Transantarctic Mountains, a range stretching across the entire continent.

The most abundant and best known animals from the South Pole are penguins, whales, seals, albatrosses, other seabirds and a range of invertebrates you may never have heard of, such as krill, small crustaceans which form the basis of the Antarctic food web.

“Antarctica has this mythic weight. It resides in the collective unconscious of so many people, and it makes this huge impact, just like outer space. It’s like going to the moon.” John Krakauer