Go Red to save lives

Thursday, April 5 the Prince’s Palace was illuminated in bright red in support of the initiative lead by Chantal Ravera, President of the association Femmes Leaders Mondiales Monaco and her team, who organized a superb Gala under the theme “Save Women’s hearts”, at the Yacht Club in the presence of Princess Stephanie of Monaco and more than 300 guests. (Photo: Prince’s Palace illuminated in Red @Celina Lafuente de Lavotha) 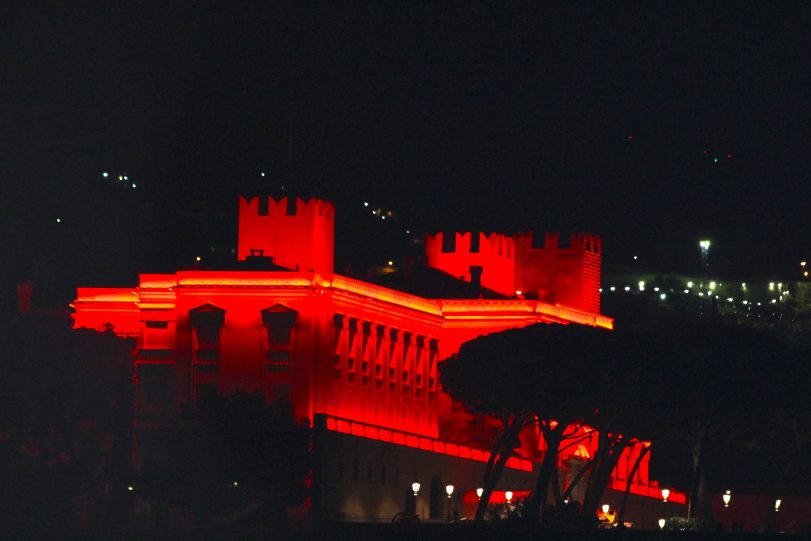 In a friendly and festive ambiance women all dressed in red gathered to defend a cause still not well known around the world: cardiovascular disease in women, joining the Go Red for Women movement created in 2004 by the American Heart Association, to empower women to take charge of their health. Dr. Nadir Saoudi, Head of Cardiovascular Service at the CHPG, explained the reasons for this important initiative that serves to create awareness about the risk of heart disease in women worldwide, and save lives. 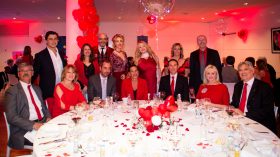 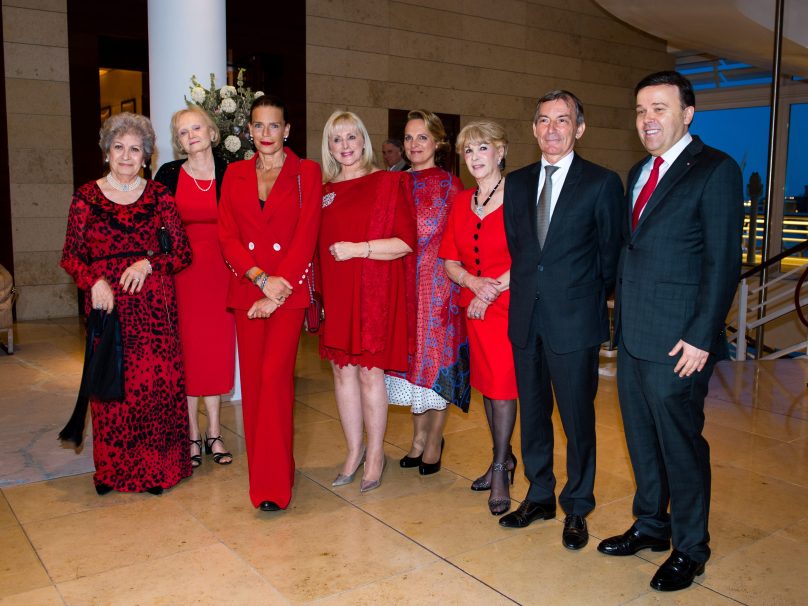 Not just a man’s problem

Worldwide, women live an average four years longer than men. Globally, cardiovascular disease, often thought to be a “male” problem, in reality it is the number one killer of women according to the World Heart Federation (WHO). Heart complications in women are under-recognized and under treated.

The good news is that most CDV diseases are preventable if risks factors are controlled, such as remaining active, stop smoking and protecting from tobacco, maintaining a healthy weight, checking your blood pressure, cholesterol and glucose regularly, eating healthy and being aware of the warning signs.

Femme Leader of the Year Award

During the evening Chantal Ravera presented the Femme Leader of the Year award to Brigitte Boccone-Pages, Vice President of the National Council of Monaco for the ensemble of her career.

The organizers conducted a live auction with items offered by generous donors with the funds raised to be reversed to the Princess Grace Hospital Center (CHPG) and Monaco Cardiothoracic Center (CCM) to save the hearts of women.

Highlights of the evening by Monaco Info

The Monegasque association published a Prevention Booklet with a compilation of an extensive list of healthy recommendations, prefaced by Prince Albert and Princess Stephanie, and supported by a Scientific Committee of the CHPG and CMM. The 50,000 copies of the booklet have been distributed not only in the Principality, but also in Spain, Italy, Switzerland, Belgium, Germany, Russia, England, USA and Africa., plus the UN, WHO and the European Council. 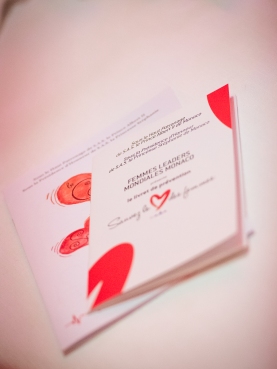 “The Go Red for Women campaign raises awareness of the risk of heart disease. I think a lot of people don’t realize that heart disease is the number one killer of women. So what we’re doing is encouraging women to tell five other women to learn more about heart disease and how they can prevent it.” Cheryl Hines