Rublev vs Thiem was the most exciting show on central court 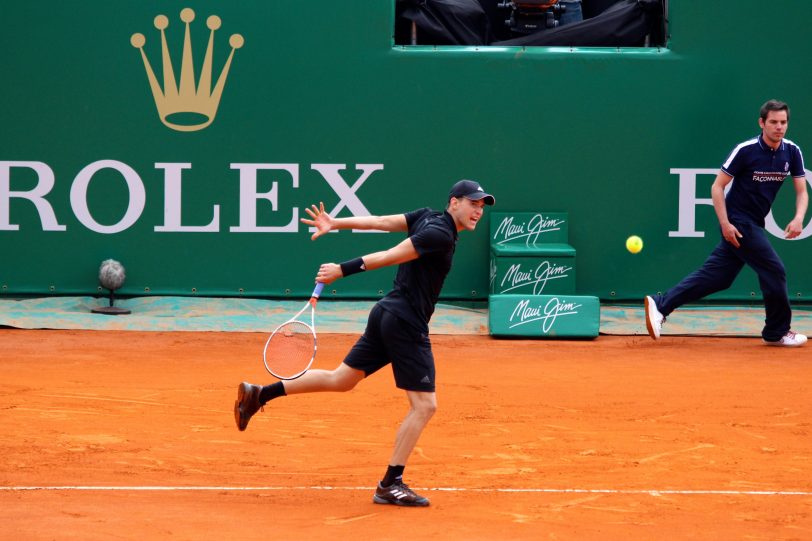 Today, Tuesday, April 17, top ranked Austrian Dominic Thiem (5) debuted on Court Rainier III defeating 20-year-old Andrey Rublev (ATP 33), in a tough and fascinating battle in three sets 7-5 5-7 7-5 where 24-year-old Thiem saved match point to beat the young Russian. This turned out to be the best match of the day! Thiem will play the winner of the match between Djokovic and Coric on Wednesday. (Photo: Dominic Thiem @CelinaLafuentedeLavotha)

“I had to fight from the first to the last point, which of course I did well. But I was also lucky at the end when he had a match point and missed a forehand by 10 centimeters or so,” confessed Thiem after the match. 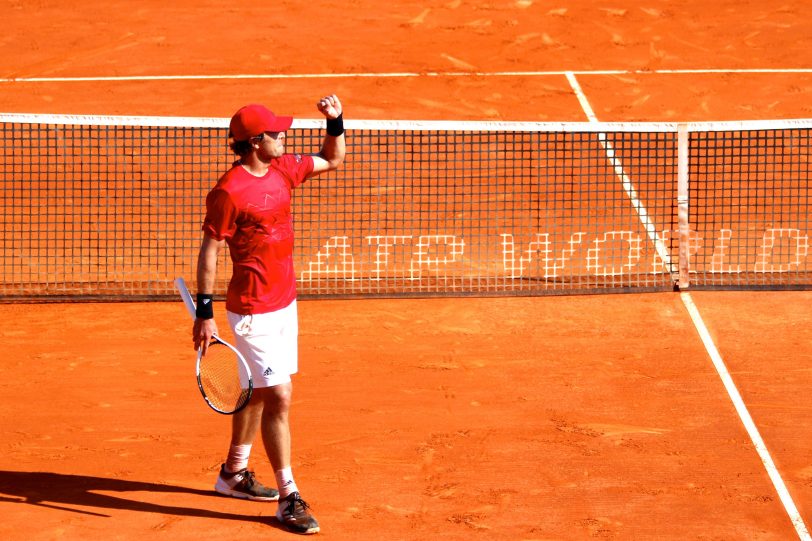 The day’s deception came with the unexpected exit of France’s top ranked player Lucas Pouille (7) on his debut, in the hands of 30-year-old German Mischa Zverev (55) in three sets 2-6 6-1 7-6(3). The German will face the winner of the match between French Gasquet and Argentine Diego Schwartzman also on Wednesday. (Photo: Mischa Zverev, April 17, 2018 @CelinaLafuentedeLavotha)

As the sun was starting to disappear in the horizon, Grigor Dimitrov assured his place in the Rolex Monte-Carlo Masters third round — totally relieved to fight another day.For much of his 3-6, 6-2, 6-4 victory, Dimitrov was constrained by the attacking instincts of Pierre-Hugues Herbert. It appeared that it wasn’t until the final game that fourth seed Dimitrov was really able to relax, open his shoulders in a love hold to complete a hard-fought win in one hour and 50 minutes. 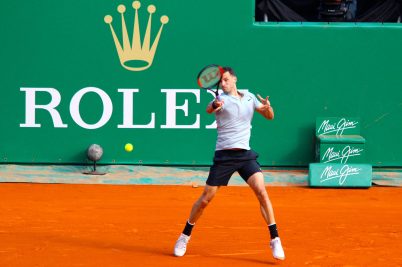 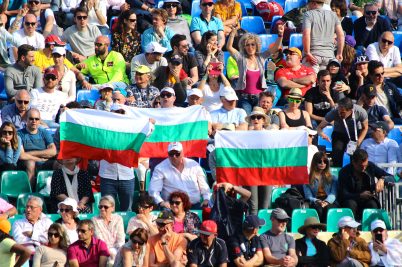 World No. 82 Herbert, fresh from qualifying wins over Stefano Travaglia and Andrej Martin, lost four points on serve in the first set and broke Dimitrov in the third and ninth games. Dimitrov regrouped and broke the serve and volleying Herbert twice in the second set. After three straight service breaks in the deciding set, it was Dimitrov who seized control to improve to a 12-6 record in 2018. Herbert is 1-8 lifetime against Top 10 players in the ATP Rankings.

The shadows had almost inundated the whole court when Gilles Muller from Luxembourg and German Alexander Zverev (3) entered central court. It was Muller who took the first set 6-4 serving marvelously and playing flawless tennis, but the German made a strong recovery and won the two other sets 3-6 2-6 to pass to the next round. He will be meeting the winner of the encounter between Italian Fognini and countryman J. Struff. Alexander will be blowing 20 candles on his birthday this coming Friday, April 20. 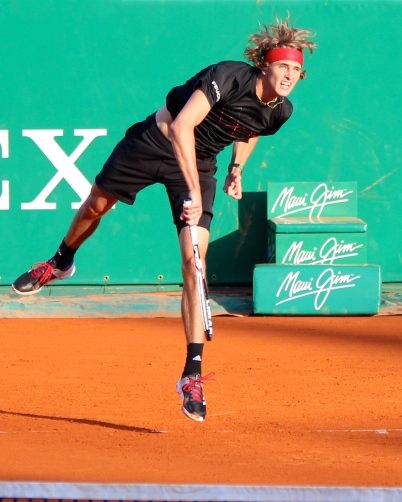 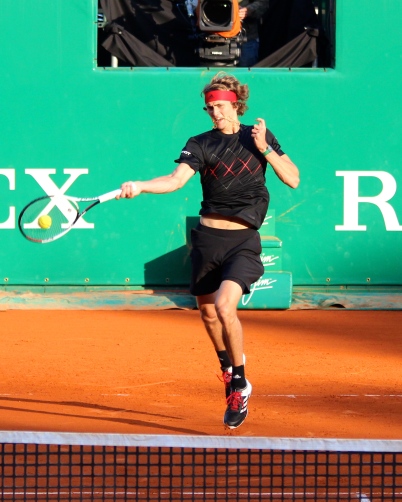 Elsewhere, Spaniard Fernando Verdasco moves to within one match win of a 500th career victory after the 2010 finalist saved three match points to beat Pablo Cuevas of Uruguay 5-7, 7-6(4), 6-1 in two hours and 50 minutes. Verdasco, who missed out on two set points at 5-2 in the first set, then saved three match points at 3-5 in the second set to deny last year’s quarter-finalist Cuevas. Verdasco, who improved to 3-2 lifetime against Cuevas in their FedEx ATP Head2Head series, will play second-seeded Croatian Marin Cilic on Wednesday.

Belgian David Goffin (6) defeated Greek hope qualifier Stefanos Tsitsipas in two tight sets 6-7 5-7, and is really relieved to pass to the next round. 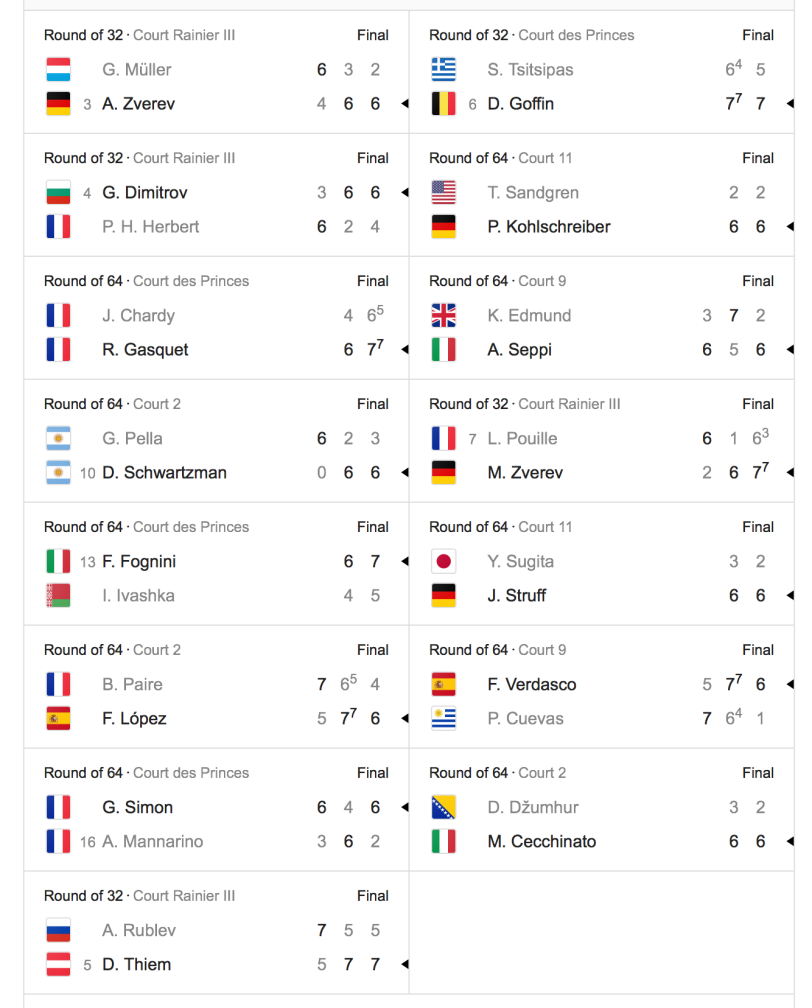 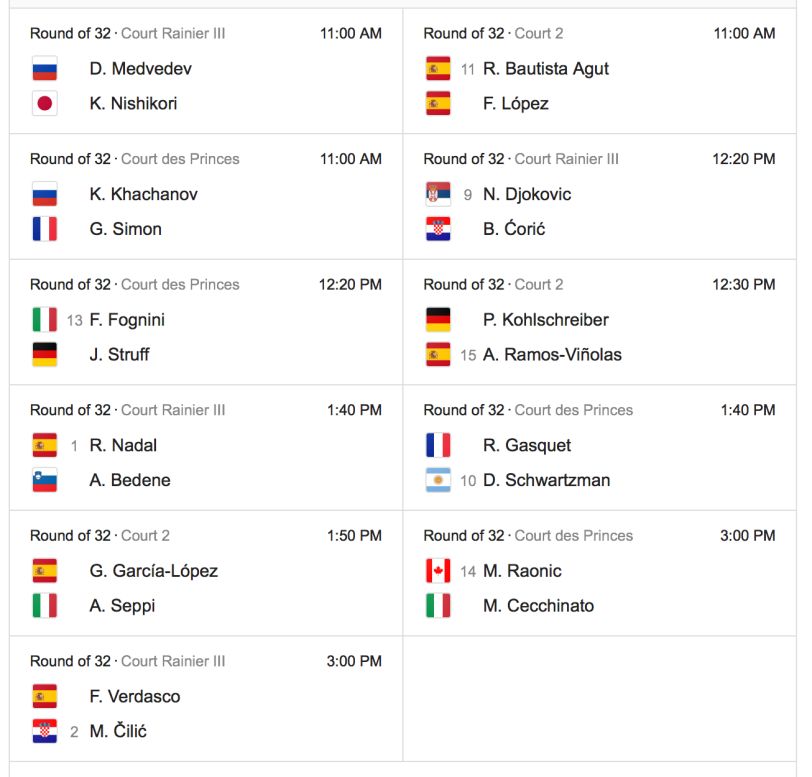 As it is the tradition every year, Tuesday morning there were no photographers to be found on the courts, as they all gathered in the VIP Village for the Prize Ceremony of the photo contest organized by Alain Manigley. The best photos from each participating professional photographer accredited to the tournament are compiled by Alain into the “Best of Collectors” booklet that immortalizes each new edition of the Rolex Masters Monte-Carlo. Congratulations! (Photo: Tournament accredited photographers during Prize Ceremony @ZsLavotha) 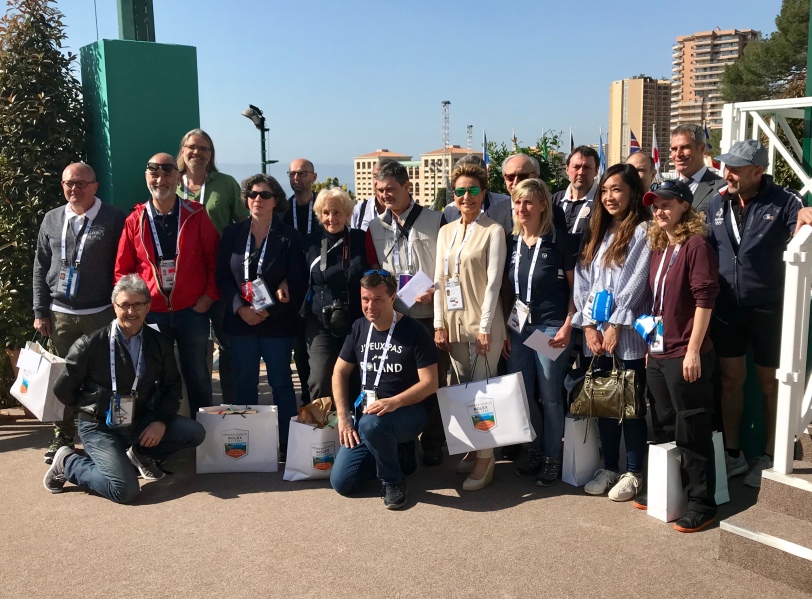 “There are a lot of stories abut me being potential number one, about Kyrgios becoming number one, about Borna Coric, but what I think is that there is a very strong group of young guys coming up, I think we can all do great!”  Zverev