The International Emerging Film Talent Association (IEFTA), a Monaco-based, non-profit, non-governmental organization, lead by filmmaker Marco Orsini, returns for the 71stCannes Film Festival, May 8-19, 2018, with new as well as on-going initiatives.  IEFTA is committed to continuing its Global Film Expression Program that brings filmmakers from emerging economies including Ethiopia, Bangladesh, Palestine and Egypt; as well as the Select Film Programs from the Watersprite Film Festival and The Princess Grace Foundation-USA, to Participate in the Producers Network & Industry Workshop of the Marché Du Film during this new edition of the Cannes Film Festival.

This year marks the 12th anniversary of IEFTA-supported initiatives. Its mission is to discover and promote emerging cinema talent from around the world, encourage dialogue between filmmakers, promote cultural diversity and international understanding, and engage the art of cinema. Focusing on the world’s developing regions, IEFTA’s Global Film Expression provides opportunity and education to those with little to no access to resources for cinematic expression.

Epic documentary Beyond the Raging Sea is a call for action 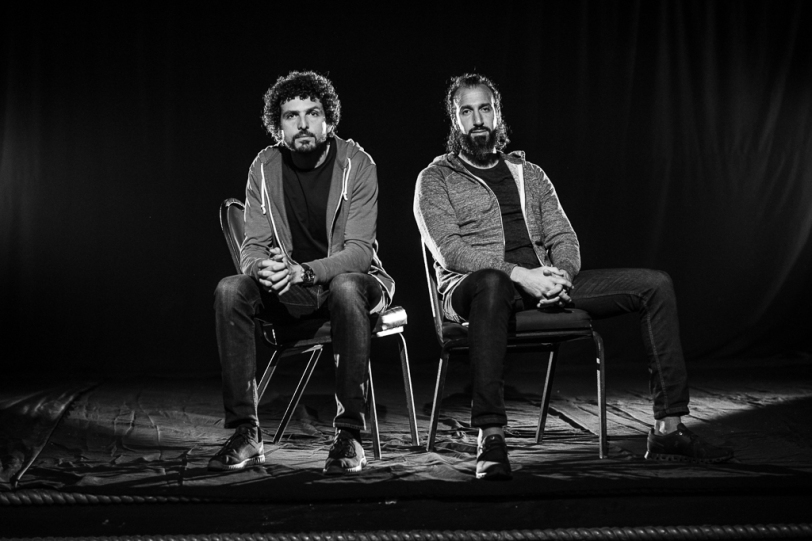 IEFTA’s rich program includes a new documentary, work-in-progress, entitled “Beyond the Raging Sea”, made in collaboration with DHL, UNDP, is scheduled to screen in Cannes on Saturday, May 12 in Palais K in the Palais des Festivals.

The documentary tellsthe amazing true-life rescue story of two Egyptian world-class athletes and adventurers Omar Samra and Omar Nour, better known asO2, (See photo insert) as they take on the world’s toughest row, a perilous 3,000 nautical miles, 8 days journey across the Atlantic Ocean from the Canary Islands to Antigua.The extreme journey is part of an annual ocean-rowing race called the Atlantic Challenge. They didn’t make it!

The adventurers were hit by 45-knot winds and towering waves that made their boat capsized. The 12 hours that followed, deserted and floating in the rough seas in a small rubber raft, before they were rescued by a cargo ship which re-routed in response to their SOS call, became a survival story of epic proportions.

Omar Samra and Omar Nour are seen floating in their life raft with their capsized rowing boat behind them. Taken from the deck of the ‘Kefalonia_ during the 4 hour rescue

Sponsored by DHL, Team O2 dedicated their row to raising awareness of the global refugee crises. In an ironic twist, Nour and Samra faced the same dangers, terrors and decisions of those they meant to recognize and relieve. In this film, an elite adventure introduces us to extraordinary people in exceptional circumstance, navigating existential threats and grueling ordeals, fighting for survival and what comes after.

“When we first decided to partner with the Omars it was because they not only represented some of our own values of can do and passion, but because their cause – the plight of refugees in need, is something that a global company like DHL cares deeply about,”says Ken Allen, CEO of DHL Express. “This film, which documents their incredible journey, brings this story of bravery and rescue to life but, more than that, it gives a voice to thousands who are unable to speak on an international stage. We are incredibly proud to be a part of that.”

The power of refugee testimonials

With its mission to discover, nurture and empower budding filmmakers from emerging economies, IEFTA once again, in partnership with the Marché du Film and its Producers Network and Industry Workshops programs, brings filmmakers to the South of France for a career-developing trip to Cannes. Focusing on the world’s emerging regions, IEFTA’s Global Film Expression provides opportunity and education to those with little to no access to resources for cinematic expression.

Celebrating the 8thanniversary of IEFTA’s GFE programto be presented in Cannes, thanks to their generous sponsorship, Ethiopian filmmakers are making their fourth visit to the Cannes Film Festival following an intensive weekend workshop in Addis Ababa representing several diverse regions of Ethiopia to select this year’s participant. This year’s winner was put forward by the panelists involved in the workshop including Tribeca Film Institute, TorinoFilmLab, Watersprite Film Festival and Les Films de l’Après-Midi.

IEFTA is sponsoring three filmmakers in the Producers Network this year. With each new edition, the Producers Network welcomes more than 500 producers from all around the world for a series of meetings and unique events specifically designed to encourage international co-productions and facilitate networking. For 7 days during the festival, participants are given the opportunity to meet potential partners that will move projects forward: co-producers, sales agents, festivals, film funds, and more.

IEFTA sponsored GFE filmmakers to participate in the Industry Workshops program, a 4-day workshop series led by leading industry experts who are invited to share advanced knowledge and up-dates on the current trends of film production, financing and distribution. On the final day there is a speed-meeting session with a selection of 35+ co-production markets and festivals.

The filmmakers attending the Industry Workshops are:

This is IEFTA’s second year partnering on the “Dhaka To Cannes” program in affiliation with the International Film Initiative of Bangladesh (IFIB), founded by Samia Zaman. IEFTA’s partnership with Watersprite: The Cambridge International Student Film Festival, which brings to Cannes the ‘Filmmaker of the Future’ prize winner – an award for filmmakers campaigning for change – is also in its second year. And it is the first year for GFE filmmakers to join us from Egypt and Palestine through our support of the El Gouna Film Festival program focusing on Emerging talent from the Middle East.

For the first time IEFTA is partnering with the Princess Grace Foundation-USA to sponsor one of their Award-winning filmmakers in Cannes.

HSH Prince Albert II of Monaco, Vice Chairman of the Princess Grace Foundation-USA says: “The Princess Grace Foundation-USA has identified and supported some of the most talented, ground-breaking filmmakers in America.  This year, the Foundation partners with the International Emerging Film Talent Association to afford Princess Grace Award-winning filmmaker, Heidi Saman, the opportunity to participate in Cannes’ Marché du Film Producers Network. Offering Heidi this chance to promote her film, The Armenian Club, aligns with IEFTA’s mission to advocate for diverse filmmakers from around the world. We look forward to this being the first of many collaborations to come.”

IEFTA presents screening of the 3rd Edition of UNHCR’s Annual Refugee Voices in Film, in collaboration with the Marché du Film and the UN Refugee Agency (UNHCR), on Friday, May 11 and Sunday, May 13, 14:00-15:30,in the “Doc Corner” of the Marche du Film in the Riviera: #WithRefugees

It is an invitation to witness first hand, the diverse use of film in addressing one of the most poignant global humanitarian crises of our time, with a focus on the Rohingya crisis, Yemen & the Horn of Africa, and Syria. 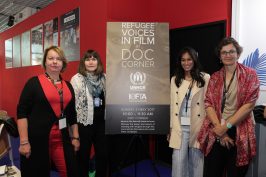 As a culmination of their activities in Cannes, IEFTA will host a reception at Plage 45, for all of its 2018 Cannes participants and programs.

“In a sea of human beings, it is difficult, at times even impossible, to see the human as being.” Aysha Taryam