Water biking for a noble cause

This past Sunday, July 17, 2018 under a scorching Mediterranean sun and calm waters, renowned athletes and personalities joined the Monaco royal couple for the 2ndedition of the Riviera Water Bike Challenge. Adorable Prince Hereditary Jacques and Princess Gabriella wearing the event’s t-shirts, were present to cheer their sport-loving parents.

Team Serenity led by Princess Charlene with Mark Webber, Terence Parkin, David Tannet and Christophe Dominici were declared the winners. But our Princess is already a consecrated champion through her namesake Foundation whose mission is to save lives by putting an end to drowning. Combining hard work, team spirit and joy, this race corresponds to the philosophy of the Princess Charlene of Monaco Foundation and the values they defend, with proceeds destined to support their actions. 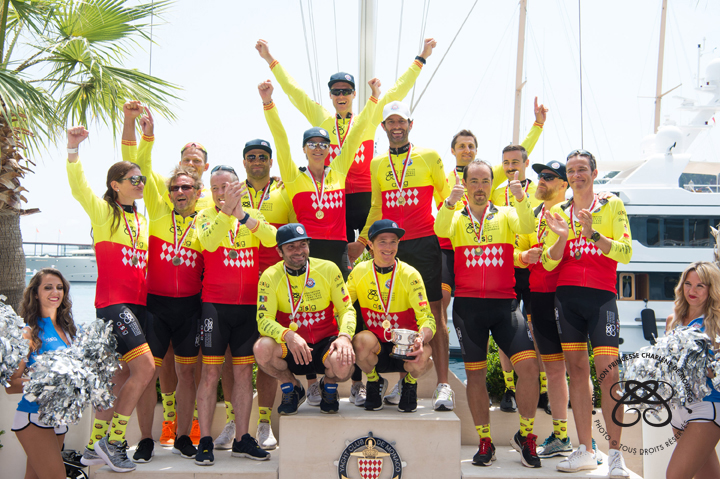 A cast of stars

The first Riviera Water Bike Challenge in 2017 had 10 teams participating with the number increased to 22 this year with five participants per team for a total of 110, mixing amateurs, personalities and 44 professional athletes. 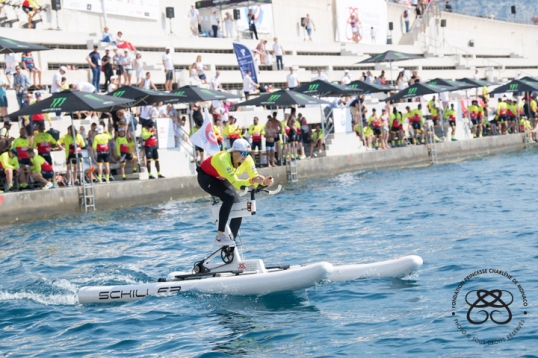 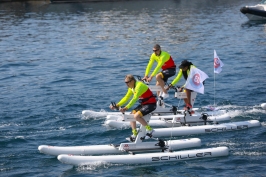 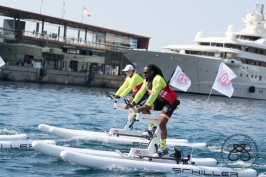 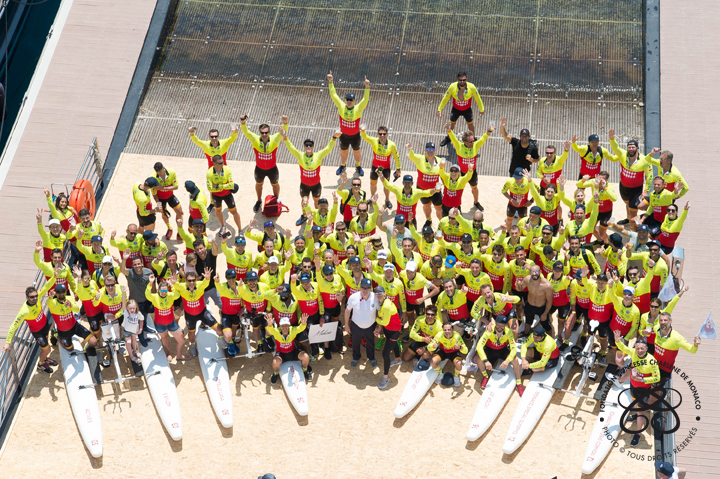 On your marks, get set, go!

Earlier on Sunday morning the participants started by warming up on stationary bikes, then received precise instructions from MC extraordinaire Eddie Jordan, before getting on board the Schiller S1-C aquatic bikes that would propel them across the ocean to cover 30 rounds over a 20 km distance in relay format in front of the port of Monaco. These modern design and environmentally friendly silent bikes are pollution free and powered by the cyclist energy alone.

The race was inaugurated royally by Prince Albert himself joining the ranks of team Police Maritime & Aeroportuaire de Monaco. 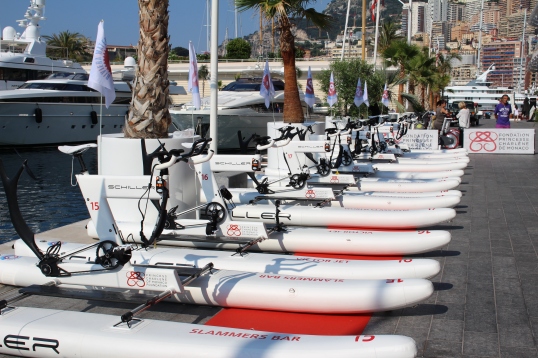 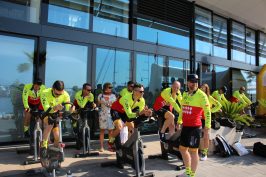 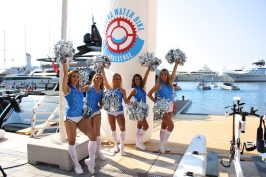 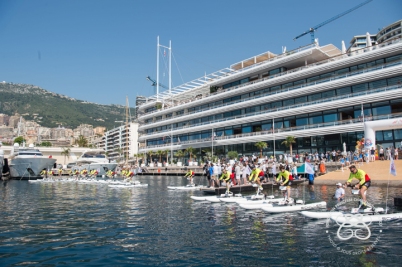 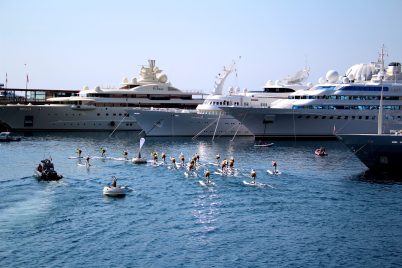 The supporters, who came in large numbers, were able to follow the race and cheer the competitors from the Rainier III embankment. The relays took place on land on the solarium’s lower level and each team member had to complete at least a whole lap, with the teams allowed to set up their own relay strategies and the number of laps to be completed by each of them. 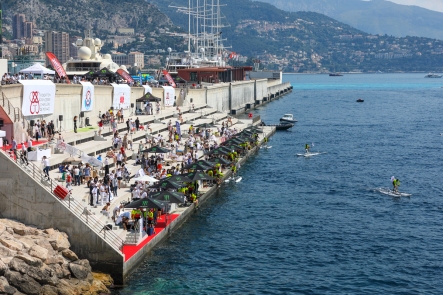 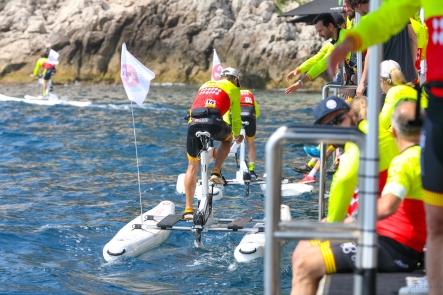 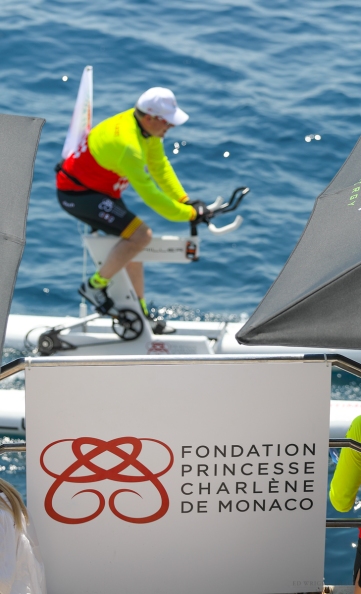 The Princess Charlene of Monaco Foundation was launched on December 14, 2012, and their primary goal is to save lives by preventing drowning.  Its mission is to create worldwide public awareness about the dangers of water, teach children swim while learning safety measures through their “Learn to Swim”, and “Water Safety” programs.

The Foundation is equally involved in communicating the values of sport, such as discipline, determination, respect for oneself and for others, and team work. The “Sport & Education” program is based on the belief that sport is a tool that highly contributes to the wellbeing and development of children, who will grow into conscientious adults.

Since the creation of the Princess Charlene of Monaco Foundation, more than 500,000 people, most of them children, have benefited from the three ongoing programs in 33 countries.

“Around the globe, thousands of innocent lives are tragically lost to drowning every year. I am here to share with you how many lives we are saving – and how many more we can save, simply by training the trainers and by focusing on one person, one family, and one community at a time.” H.S.H. Princess Charlene of Monaco