Honoring the shared history of Monaco, France and Italy

Saturday evening, June 23, 2018, coinciding with the traditional Saint Jean celebrations, the 1stedition of the Historic Sites Grimaldi of Monaco Conclave was inaugurated in the Prince’s Palace Square, a Light and Sound show extravaganza, dedicated to the Grimaldi dynasty, with scenes projected on the facades of the Palace. 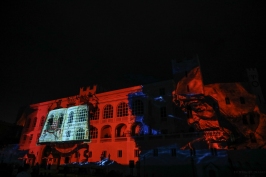 Malizia projected onto the Palace facade©EdWrightImages_StJean18_0252 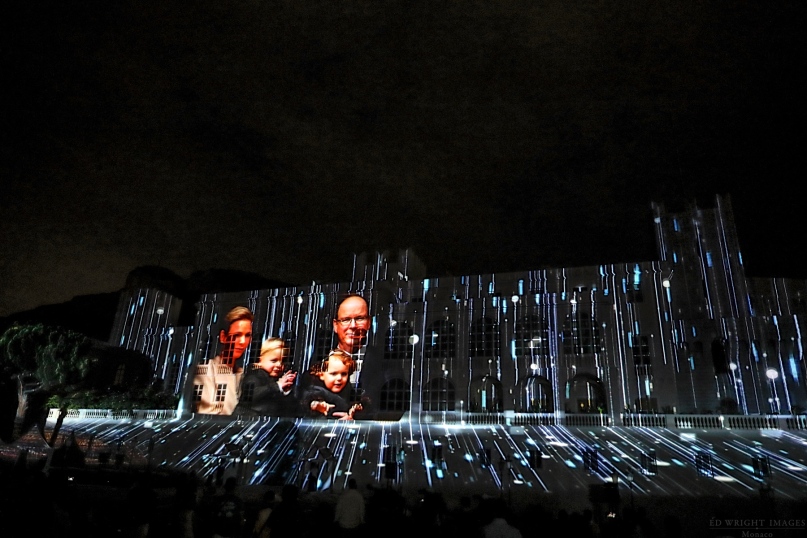 The chef d’orchestra of this impressive spectacle was Monaco Inter Expo, taking six months of work and installing twelve video-projectors for an 18 minutes video of images onto the front of the Palace.

Powerful images projected onto the Palace©EdWrightImages_StJean18_0253

This fantastic event praised the marquisate des Baux and Count of Carlades in honor of Hereditary Prince Jacques and Princess Gabriella. Prince Jacques, Marquis de Baux wore the traditional outfit of the Baux-de-Provence, and Princess Gabriella, Countess of Carlades, the traditional Barrezienne robe. The princely twins received their noble titles at birth, according to a XVII century tradition. Accompanied by their parents Prince Albert and Princess Charlene, the charming twins joined in the festivities that continued on Sunday, June 24, with diverse animations by folkloric groups, theatre and marionettes shows, ateliers of lavender, fabrication of ornamental figures, children’s games, tasting of regional products, in summary entertainment for the whole family. 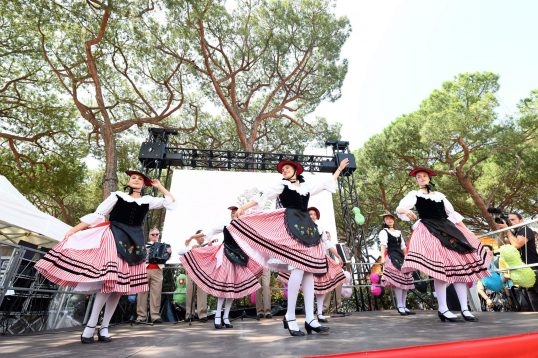 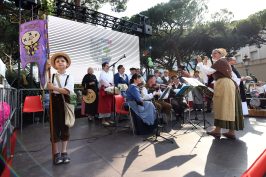 For this first edition the Sovereign invited the village of Menton, to express his gratitude towards Mayor Jean-Claude Guibal, who created the association Historic Sites Grimaldi of Monaco, formally established on July 15, 2015 at the Palais de Carnoles in Menton in the presence of Prince Albert, to commemorate the tercentenary of the Alliance of the Grimaldi’s and the Matignon’s. The village of Menton had been part of the Principality for over five centuries. Jean-Claude Guibal, Deputy-Mayor of Menton, President of the Group of Friends France-Monaco National Assembly, took the initiative to create a social network of shared history associating the former fiefs of Grimaldi in France and also Italy.

“Science and technology revolutionize our lives, but memory, tradition and myth frame our response.”Arthur M. Schlesinger