Reinventing the boats of tomorrow riding on clean energy

Another successful edition of the unique Solar & Energy Boat Challenge, organized by the Yacht Club of Monaco (YCM) in collaboration with the Prince Albert II of Monaco Foundation, Hydros Foundation and International Power Boating Federation (UIM), culminated on Saturday, July 14.

(Photo: Solar and Energy boats in the Marina of the YCM 2018 @Studio Borlenghi)

Engineering students and the industry are working hand in hand to transform this sector, a necessity according to YCM General Secretary Bernard d’Alessandri: “Together they are building the future, laying the foundations and developing projects that are closer than ever to becoming a viable reality. We are working on energy and propulsion systems and I really believe it is here on the Côte d’Azur that we are in the process of re-thinking how we build the boats of tomorrow.”

The eco-conscious concept is based on reinventing boating to comply with energy and environmental needs, attracting 200 competitors grouped into 30 teams in three categories. 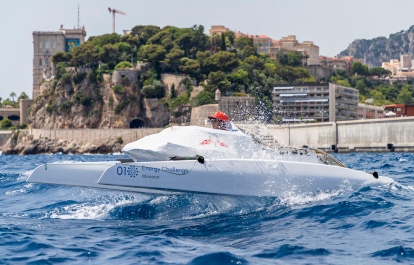 The Solar Class feeding from Helios

The solar-powered boats participated in force with 23 boats, including 15 Dutch teams. Indeed, the Netherlands has all the expertise to lead the way as shown by Gerhard van der Schaar on Clafis Victron Energy Solar Boat Team. Winner of the last four editions, he retains his title after winning the slalom as well as the Fleet Endurance Race (Solar Class) completing 24 laps in one hour. In the Challenge A Class, victory went to Antwerp Maritime Academy with 17 laps, with the Belgium boat missing one edition. “It’s very important for us to be here,” said the pilot, Félix Pruzon, “We could see that this meeting is growing in popularity with more participants. It’s great to be here and working towards a common goal.”

Monaco experiments with the Energy Class

With the new Energy Class category launched this year by the YCM, the Principality confirms its predominant place as capital of yachting. This class pushes the ingenuity of participants to the limit with teams having to build a cockpit and design the most powerful and durable propulsion system from a given amount of clean energy for their boat: Bio Fuel, battery, hydrogen, compressed air, LNG or any other clean energy.

Among the most innovative projects is that of Simon Bernard, Merchant Navy officer, aged just 27, and co-founder of Plastic Odyssey, a 25m catamaran powered by plastic waste, which he presented.

On Monaco-Saint Tropez, Nicolas Milanesio is the only Monegasque pilot in the competition: “This year we were still in the test phase, but what I can say after this first experience is that the hull is very stable and slips through the water. I reached a speed of 26.8km/h – it was amazing! And above all, we were able to compete in the 16-nautical-mile race between Monaco-Ventimiglia-Monaco (there and back). Proof that it is possible.”

Indeed, the goal is to develop this category to “bring new solutions” explains Jérémie Lagarrigue, General Manager of Hydros Efficiency and organizer of the Hydrocontest in Saint-Tropez, first student contest dedicated to maritime energy (working on hulls). “We should bear in mind that maritime transport represents 4% of global pollution and 90% of trade is by ship. We need to raise the profile with key players, shipbuilders, users and transporters. By next year, we’d like to have 20 hulls for the Energy Class. That would be fantastic.”

Keen to demonstrate the potential of these new energy sources, competitors in the Offshore Class took to the open sea on a round trip course between Monaco to Ventimiglia , two interconnected harbors. Vita Yachts driven by David Gray crossed the finish line first, covering the 16nm in 54 minutes 41 seconds, followed by Ernesto Riva Innovation driven by Daniele Riva in 1 hour 29 minutes 13 seconds. Nicolas Milanesio, the only representative from the Energy Class for this event on Monaco & Saint-Tropez, finished third in 2 hours 38 minutes 13 seconds.

A spectacular show on the water and interactive discussions on land, daily Tech Talks gave each team a chance to present their boat, explaining what they want to achieve and future projects. A good example was the project by Solarboot Team Emden to design a solar boat to take children to and from school on Lake Buyonyi in Uganda, and others like Técnico Solar Boat, whose ambition is to build a 100% Portuguese boat designed by them.

It is an initiative praised by Espen Oeino, designer and naval architect, also Vice-President of the Cluster Yachting Monaco: “This type of meeting is fantastic. It’s by discussing together that the industry can evolve as a whole. Today, it is only a question of time before we improve the storage capacity of a battery.”

There were useful exchanges between students, as well as high-level motorsport authorities. At the initiative of the International Powerboating Federation (UIM) and its President Dr Raffaele Chiulli, the second edition of the International Motorsport & Environment Workshop united 12 speakers, representing International Sports Federations, boat builders and engineers, to discuss measures to be implemented by major players in the Motorised Sports Federations for the environment. (Photo below: Interactive workshop at the Yacht Club of Monaco@mesi_BD) 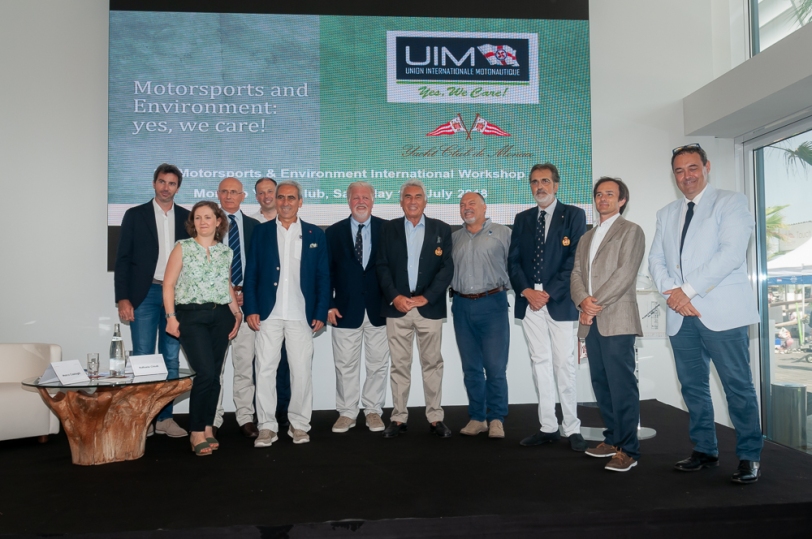 Mark your calendars for the 6thedition

A date has already been set for the 6thedition from July 6-4, 2019. A presentation on the new Energy Class regulations is due to be published on the Yacht Club de Monaco’s website and its Facebook page @yachtclubmonaco, before August 1, 2018.

“I would put my money on the sun and solar energy. What a source of power! I hope we don’t have to wait until oil and coal run out before we tackle that.” Thomas E. Edison