World No.1 Djokovic & No.2 Nadal advance to quarters, No.3 & No.4 exit the Rolex Monte-Carlo Masters

Players are set to battle in quarterfinals

Italian fans have a lot to brag about with two of their countryman advancing to the quarterfinals in Monte-Carlo. Lorenzo Sonego, a 23-year-old Qualifier, and ATP48 showed some of his best shots when beating British Cameron Norrie (6-2 7-5) to make the quarterfinals of a Masters 1000 for the first time in his career. He will face 28-year-old Serbian Dusan Lajovicwho eliminated ATP5 Austrian Dominic Thiem, a quarterfinalist last year in Monte-Carlo. Lajovic had defeated David Goffin on Wednesday.

Dusan Lajovic said: “I felt good and comfortable today on the court which was not the case the 5 previous times against Dominic. I did not expect such a good start. It was windy today not easy to play. Every time I went for a winner, it worked and gave me a lot of confidence. I am very happy to be in the quart finals and play a young Italian guy who plays really well, probably the best tennis of his life. It’s not going to be easy, but I am just enjoying my moment, right now.”

Later in the afternoon, another Italian ATP8 Fabio Fognini unexpectedly defeated favorite world N°3 German Alexander Zverev, who thought he would be celebrating his 22nd birthday on the clay court of Monte-Carlo in a couple of days. In front of an enthusiastic horde on center court, Fogna broke through in his characteristic style against the German to reach his five ATP Masters 1000 quarterfinals, which include his run to the semi-finals at the Monte-Carlo Country Club in 2013. 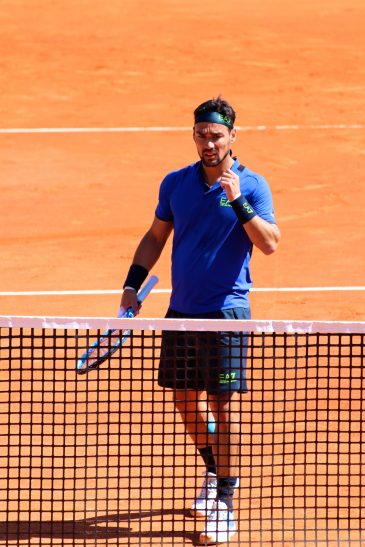 Rafael Nadal did not allow Grigor Dimitrov to get comfortable in the match, gave no chances, and run over the Bulgarian in two straight sets.  The 11-time champion, who overcame Dimitrov at this event in 2013 and last year, broke serve on four occasions to defeat the Bulgarian 6-4, 6-1 and advance to his 15th quarter-final in the Principality. The Spaniard will meet 28-year-old Argentine Guido Pella (ATP35), who beat 26-year-old Italian Marco Cecchinato (ATP16) in three sets 6-4 4-6 6-4. Vamos Guido!

Rafa said: “I am happy with the way that I am playing. The first two rounds I played more than well enough to win. So that’s a good start for me on the clay court season. Every victory is important for confidence. It’s important for the improvements. Hopefully, today’s victory helps for tomorrow, too.” 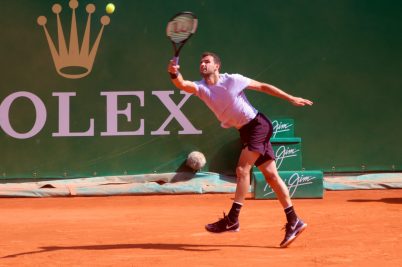 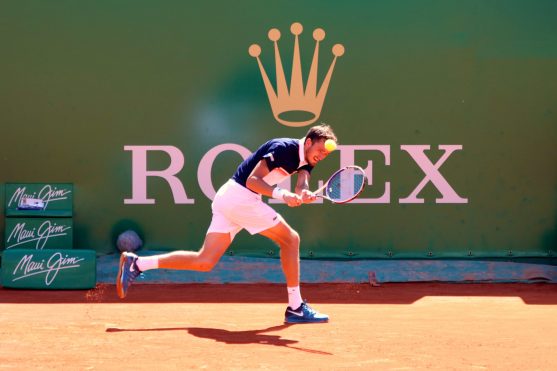 Novak said: “With Daniil (Medvedev), we have never faced each other on clay. We have faced each other in a close four-setter in Australia this year. I have seen him play. I have practiced with him many times. I’m looking forward to it.”

“If you don’t practice you don’t deserve to win.” Andre Agassi