Uniting & empowering businesswomen around the world

The association Femmes Chefs d’Entreprise de Monaco– AFCEM, (or Entrepreneurial Businesswomen Association), presided by Hilde Haneuse-Heye, organized their 15thanniversary gala at the Monte-Carlo  Beach Club, on Saturday, July 13, 2019, during a warm summer evening under the stars. H.S.H. Prince Albert II of Monaco, a loyal supporter of the association, honored its members with his presence at the Welcome Cocktail, and with the gentle disposition he is known for, he agreed to participate in a photo session to the delight of everybody present. 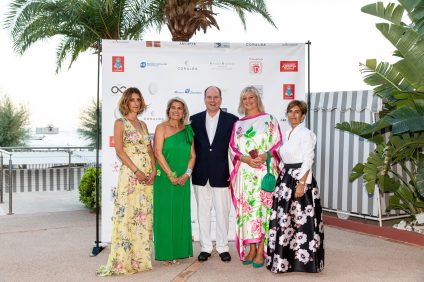 Among the prestigious invited dignitaries from the Principality were: Stephane Valeri, President of the Conseil National, Didier Gamerdinger, Minister of Health and Social Affairs, Anne-Marie Boisbouvier, Counselor from the Princely Cabinet , Karyn Ardisson Salopek, representing the Mayor of Monaco, H.E. Marine de Carne de Trécesson, Ambassador of France in Monaco; H.E. Cristiano Gallo, Ambassador of Italy in Monaco; H.E. Catherine Fautrier, Ambassador of China & Australia in Monaco, Jean Kerwat, Honorary Consul of Croatia, Philipe Ortelli, President FEDEM. It is worth mentioning the presence of AFCE delegations from Italy, Belgium, and guests coming all the way from Japan. 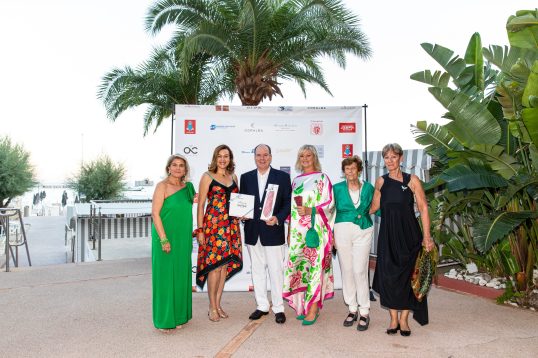 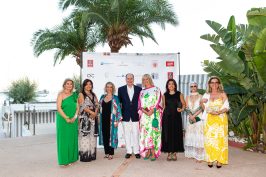 A delightful evening under the stars 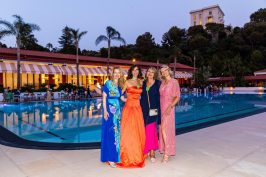 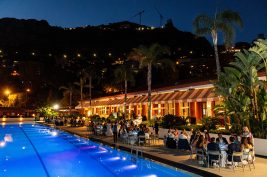 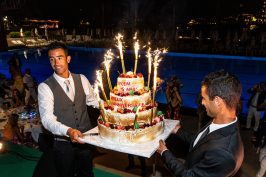 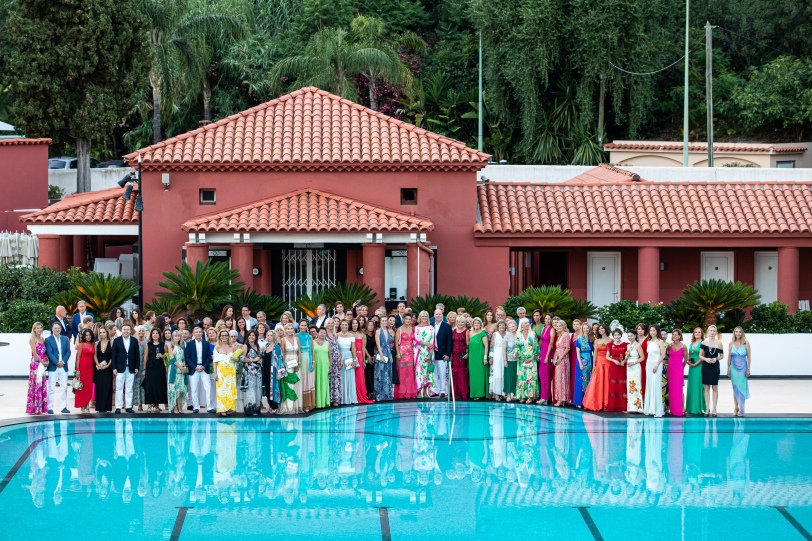 A little bit of history

The world association of Femmes Chefs d’Entreprise (FCEM), the pioneer organization uniting women business owners from 120 countries, counting with 5 million members from five continents, was created in 1945 and is currently presided by Marie-Christine Oghly.

The Monegasque branch of the Femmes Chef’s d’Entreprise (AFCEM) or Business Entrepreneurial Women Association was created on July 15, 2004, at the initiative of what today is the Monaco Economic Board (MEB). Three of their founding members were present at their 15thanniversary, Nicole Delacour Law, Anne-Marie Noir, and Patrizia Fiorelli.

The 1stAFCEM anniversary Gala was organized on December 13, 2007, within the framework of a diner-conference with the participation of 230 business leaders and dignitaries from Monaco. The event raised Euros 8,500 for EORTC, presided at the time by Dr. Françoise Meunier. The 5thanniversary gala took place in 2010 at the Hermitage Hotel in the presence of Prince Albert.

The association regroups highly accomplished women from different nationalities, with diverse career paths, with experience and knowledge in their field. Women who invest themselves in the Monegasque economic life, and who are committed to participating in the overall development of the Principality.

The logo of the association represents the caduceus with the winged staff symbol of the magic wand of HERMES, patron of Commerce, Diplomacy, Prosperity, Eloquence and the Union.

It is under these good hospices that the women entrepreneurs of Monaco began to recruit quality members. Thanks to the diversity of nationalities and sectors of activity represented by its members, they have participated in international events to defend and make appreciate the specificity of Monaco.

It was with those goals in mind and at the initiative of AFCEM, through Sabine Holz-Strautmann & Hilde Haneuse Heye, that the IMSEE Monaco Statistics conducted a study on The place of women in business in Monaco. Below is a copy of the report that has recently been published, that can be consulted by visiting their website. 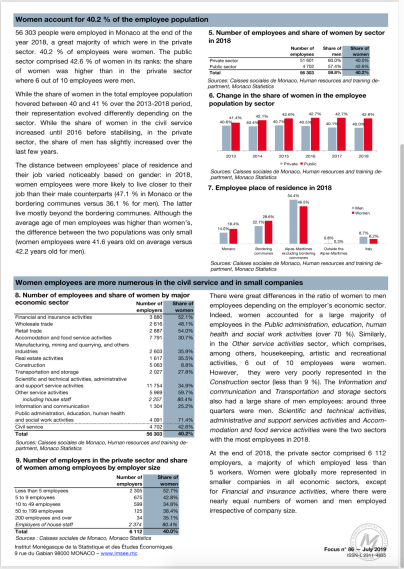 In her brief discourse, Hilde Haneuse-Heye expressed her heartfelt gratitude to Prince Albert, all the dignitaries present, as well as the association’s members involved in the organization of the memorable anniversary Gala, all members and guests present, and a very special mention to the sponsors and partners for their loyalty and generosity.

“Alone we are invisible, together we are invincible.” Yvonne-Edmond Foinant, FCE Founder