Proud to announce that the big winners of the 15th edition of the Palermo Monte-Carlo 2019 were the navy blue Maxi Vera by my countryman Miguel Galuccio from Argentina, and Ice 52 Primavista Lauria skippered by Gaetano Figlia di Granara. Palermo-Montecarlo is the fifth and final event of the 2018-19 Mediterranean Maxi Offshore Challenge organized by the International Maxi Association, the World Sailing-recognized body that promotes maxi yacht racing and represents maxi owners globally.

The Maxi Vera was the big winner, participating for the first time in this 500nm offshore race, making the crossing in 2 days 17 hours 13 minutes, so the record established by Esimit Europa 2 in 2015 stands at 48 hs, 52 min, 21 sec. The Maxi’s crew included Dutch world tour operator Bouwe Bekking, with 8 participations in the Volvo Ocean Race and Transalpine laser specialist Michele Regolo, a member of the Italian Olympic team at the 2012 London Olympics. “This was our first participation at the Palermo Monte Carlo. We had all the weather conditions, with winds between 0 and 25 knots, which required us to adapt to these changes. It was a very good experience and we are delighted by the welcome we received from the Yacht Club of Monaco when we arrived,” said Germain Creach, a member of the Vera crew. (Photo:Maxi Vera, Palermo-Montecarlo @ Carloni – Raspar : CVS)

Vera made her ‘winning move’ soon after starting when she headed west, some 45 degrees off course, as her competition stuck to the rhumb line* to the Porto Cervo gate. This was to avoid high pressure off to the east.“There were maybe a couple of patches of breeze I thought we could catch,” explained Vera’s Norwegian navigator Aksel Magdahl. “This worked, but not as well as anticipated. “I thought we would be way ahead, but the other guys were lucky that a thunderstorm helped them get back in the game.”

(*In navigation, a rhumb line, rhumb, (/rʌm/) or loxodrome is an arc crossing all meridians of longitude at the same angle, that is, a path with a constant bearing as measured relative to true or magnetic north.)

Primavista Lauria, the Yacht Club boat Circolo Canottieri Roggero di Lauria, is also the winner of this regatta. He finished 7th in real-time but won the race in compensated time. The crew adds a new success to its victories by winning this competition for the fifth time in cleared time. Onboard the ICE 52 were sailors such as Sandro Montefusco, Matteo Ivaldi, Andrea Caracci, the Sicilian Giuseppe Leonardi, and Mario Noto, a world-class team. (Photo: Prima Vista, Palermo-Montecarlo 2019 @Carloni – Raspar / CVS)

After winning the silver medal at the Olympic Games four times and the Alpine Ski World Cup gold medal 26 times, Ivica Kostelic, passionate about the mountains and the sea, participated in the regatta aboard the Class 40 Croatia Full Of Life Ola X2. It was a different kind of challenge for this top-level athlete. (Photo below: Ivica Kostelic @mesi_BD) 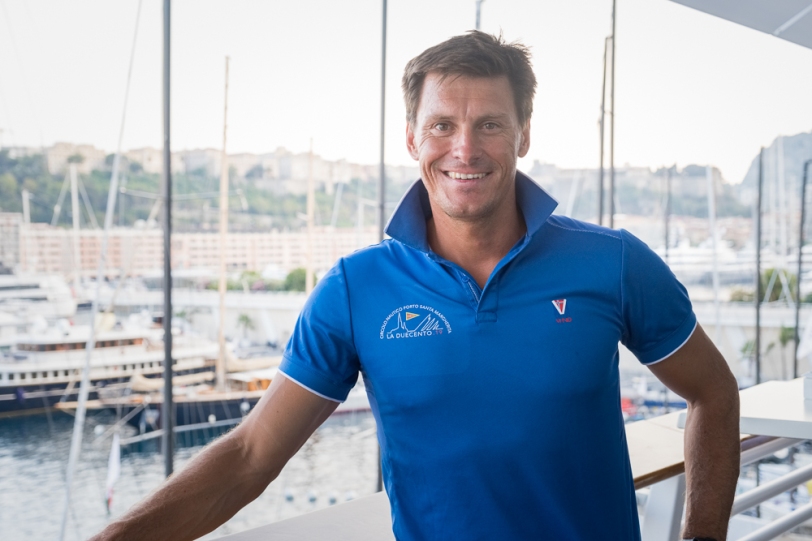 The regatta officially culminated on Monday, August 26 with the arrival of the last boats of the fleet, where the team members were able to celebrate their crossing the same evening during the trophy presentation ceremony. 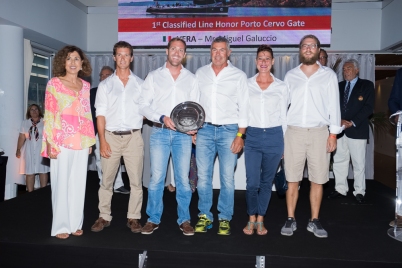 The 15th edition of Palermo Monte-Carlo was particularly difficult due to the varied weather conditions and the great heat, forcing the crews to work mainly on their tactics.

Maxi fleet next event around the corner

No time to rest as the next event for the maxi fleet – the Maxi Yacht Rolex Cup – is scheduled out of Porto Cervo from September 1-7, 2019.

Find the results by following this link: http://www.palermo-montecarlo.it/2019/it/classifiche.asp

“A captain who does not know where he wants to sail, there is no wind on Earth that will bring him there.”Amy Ayalon