The Christmas Ball brings the allure of the Dolce Vita to Monte-Carlo on December 14, 2019

The mythical Salle Empire of the Hotel de Paris, in the heart of Monte-Carlo, will host the 14th edition of the glamorous Christmas Ball, on Saturday, December 14, 2019, organized by Sandrine Knoell-Garbagnati of 5 Stars Events, under the High Patronage of H.S.H. Princess Charlene of Monaco.

This enchanting Ball, under the theme of Fellini’s La Dolce Vita, is the highlight of the season festivities in the Principality, with the privileged guests adding to the appeal and spirit of the holidays’ celebration. The Ball is supported by: AKILLIS jeweler, Monika Bacardi Lady of Bayfield Hall, and Hello Monaco; with the participation of Victoria la Dolce Vita Proseco, Poggio Dimadis, ArtSGK and florist Narmino-Sorasio. 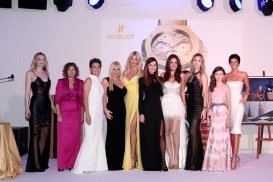 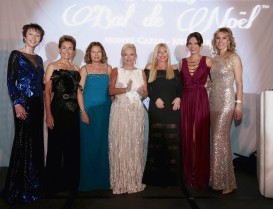 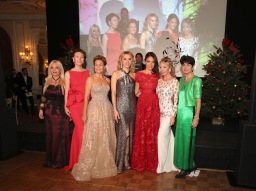 The Christmas Ball is one of the to class events in the Monaco social calendar, usually held in the splendid Salle Empire of the Hotel de Paris, except during the hotel’s renovations when it was hosted at the Salle Belle Epoque in the Hermitage Hotel. Guests will be treated to a delicious gourmet dinner, and Internationally renowned DJ Andrea T Mendoza, Resident of Billionaire, will create a real explosion of energy on the dance floor, keeping everybody dancing all night long!

Since its inception the Christmas Ball has collected more than € 650,000, through a live auction of items offered by reputable donors, for different charity associations in the Principality, proving that glamour and social responsibility go hand in hand.  Since 2016 the funds have benefited the Princess Charlene of Monaco Foundation.

Launched back on December 14, 2012, the primary objective of the Princess Charlene of Monaco Foundation is to save lives by putting an end to drowning. Its mission is to raise public awareness about the dangers of water, teach children preventive measures and teach them to swim.

The World Health Organization estimated that 360,000 people drowned worldwide in 2015 (*):

(*) Reproduced with the publisher’s permission – Fact Sheet N°347, May 2017, published by the World Health Organization – http://www.who.int/mediacentre/factsheets/fs347/en/

It is important to note, that even when a drowning is non-fatal, often the victim is left with severe repercussions, in particular neurological. A number of “Learn to Swim” and “Water Safety” programs have been implemented around the world in order to fight against drowning.

The Foundation’s actions are also based on the values of sport such as discipline, self-respect and respect for others, determination and team spirit. The “Sport and Education” program uses sporting activities as tools to contribute to the wellbeing and development for all children no matter their origin or circumstances.

Since the Foundation’s inception more than 590,000 people, mainly children, have benefited from those three programs in 34 countries**.

Space for the Ball is limited, reserve now!

Participation is limited, so if you want to be among the privileged guests at the Christmas Ball, please contact Five Stars Events at Tel.: +377 9770 7875 or by email to events@5starevents.com

“Training and competing in the water taught me the importance of discipline, respect for oneself and others, team spirit and dedication. Most significantly, I saw how learning to swim could not only change lives, as it did mine, but also save lives.” HSH Princess Charlene of Monaco