It was in 2009, that the Ballets de Monte-Carlo celebrated the centenary of the Russian Ballets in the Principality, with the objective of honoring them in grand style. Over a whole year, the Monte-Carlo Ballets captivated the audience with unrivaled unique events. This time around, the Company is renewing this festive and exciting spirit by playing four ballets that echo Nijinsky’s legendary persona, with music by the Philharmonic Orchestra of Monte-Carlo under the direction of Kazuki Yamada.

Daphnis & Chloe – The art of the loving Pas de Deux

This ballet in one act with three scenes, describe by Maurice Ravel himself as a choreographic symphony, is the story of the love affair between the goatherd Daphnis and the shepherdess Chloe. 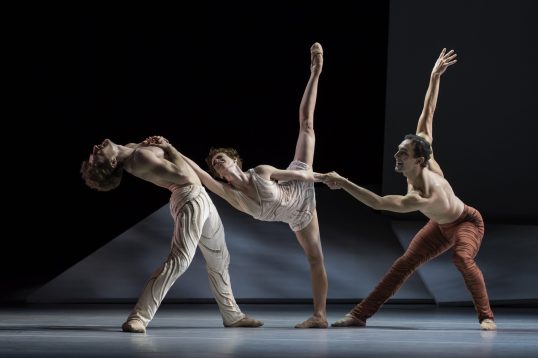 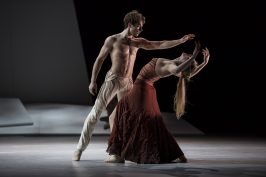 “I’ve always had a predilection for the footsteps of two, these unreal sequences where nothing matters to the dancers outside what they live at this moment. These are moments of naked truth. “(J-CH Maillot). From Romeo and Juliet through Cinderella, LAC or more recently Taming the Shrew, the pas de deux is intimately linked to the repertoire of Jean-Christophe Maillot. Daphnis and Chloe give us one of the most beautiful examples.

The Spirit of the Rose

The Spirit of the Rose is a short ballet about a young girl who dreams of dancing with the spirit of a souvenir rose from her first ball.

If in the version of Fokine, the female role of The Spirit of the Rose was summed up to that of a sleeping beauty, that of Marco Goecke makes it a central element. Just like her male partner, and the six friendly specters, the dancer embodies with the same energy, the powerful and instantly recognizable style of the German choreographer.

Am I in love with a dream?

The curtains open and on the stage there is a mysterious mist, where a sleepwalker meets a metaphysical hybrid creature. An unreal encounter where provocative eroticism and interrogations about sexual identity blend forcefully and beautifully.  This is a truly exhilarating piece that moves you and seduces you from beginning to end.

Am in Love with a dream? choreographed by Jeroen Verbruggen, Opera de Monte-Carlo, October 2019 @Alice Blangero 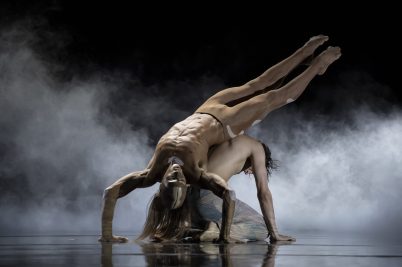 Am in Love with a dream? choreographed by Jeroen Verbruggen, Opera de Monte-Carlo, October 2019 (2) @Alice Blangero

Jeroen Verbruggen purposefully gave his piece a different title from the countless other tributes to Afternoon of a Faun, by choosing one of the first lines from Mallarme’s famous poem, Aimai-je un reve?  (Am I in love with a dream?) Verbruggen created roles that could be played by women and men interchangeably, an original take on the concept of a single gender.  The nymphs have disappeared and the piece offers a vague universe that contrasts with the sharpness of the bas-reliefs that inspired Nijinsky’s legendary ballet.

The ballet tells the story of the loves and jealousies of three puppets that Inger turned into mannequins. While Fokine chose the setting for a village feast to situate Petrouchka’s action, Johan Inger turned to the world of haute couture in order to give his ballet an exuberant yet squeaky dimension. 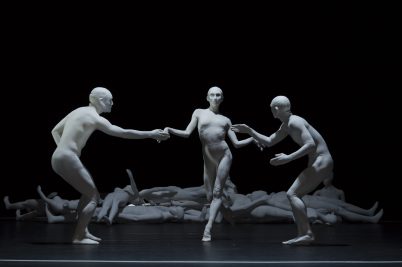 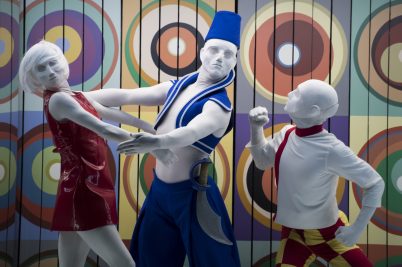 In the end, the destinies of the the manipulated puppets and the unfortunate mannequins seem to interlace.

“Now I will dance you the war… The war which you did not prevent.” Vaslav Nijinsky