Reconciling humanity with the planet, theme of Francophone conference in Monaco

Unifying value of French language spoken by over 300 million

The two-day 36th Ministerial Conference of the Francophonie (CMF) opened on Wednesday, October 30, 2019, at the Grimaldi Forum in Monaco under the theme Reconciling Humanity with the Planet, bringing together the representatives from 88 Member States and Governments, members of the International Francophone Organization (OIF). All united under a common language, French, spoken by over 300 million people in five continents. This is the first time the Principality welcomes such an important event, in spite of being a founding member of OIF since its creation on March 20, 1970, and 2020 will mark its 50th anniversary in Tunisia. 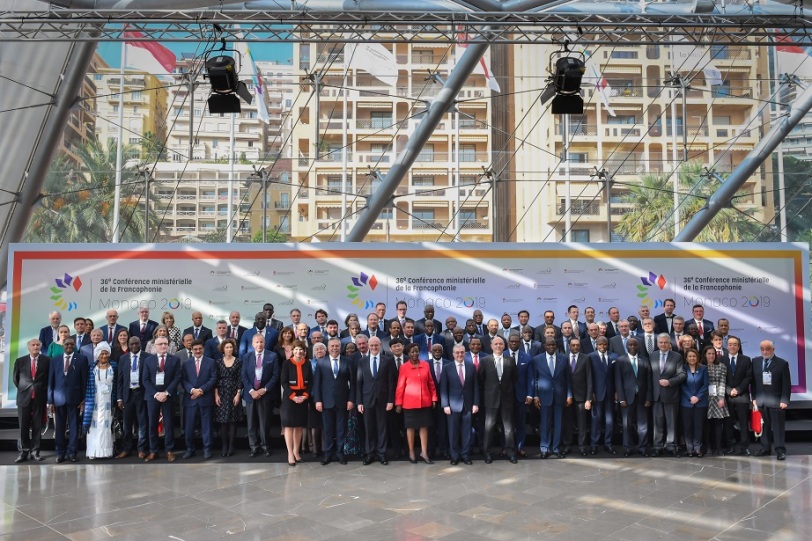 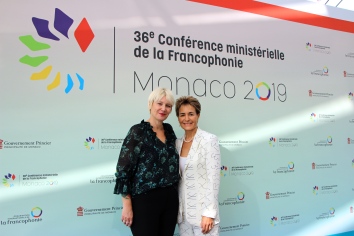 Serge Telle started his presentation by saying: “This meeting in Monaco represents a moment of joy for us, due to the importance of the International Organization of the Francophonie, having the Principality of Monaco as one of its founders, remaining active members, and faithful supporters.”

He emphasized the theme of this year’s conference by affirming: “To save our planet we must combine all the energies, all the wills. Those of the states and governments we represent here, of course, but also the civil societies and their youth, in particular, companies, NGOs, the intellectuals, the artists, the scientists – in fact, each one of us. If we want to act effectively at the service of our planet, we must act together. This is the meaning of the event we are organizing parallel to this conference, on sustainable tourism”.

His speech was, in turn, echoed by Zohrab Mnatsakanyan and Louise Mushikiwabo (seen in the photo below by Celina Lafuente de Lavotha), elected since last year at the head of the Francophone Organization. She warmly thanked the Principality for its involvement and organization and highlighted the values ​​of this Francophone’s multiculturalism, now at a crossroads, and requiring to assert its unifying strength.

These expressions of sturdiness and symbiosis united by the same language emerged from the video message of Prince Albert II, projected to the assembly, in which he reiterated, to the Secretary-General, his full support for the reforms undertaken and confirmed the support for Louise Mushikiwabo’s vision.

The ceremony,  placed under the sign of youth one of Francophone unifying pillars, included artistic interludes by Les Petites Chanteurs de Monaco, and dancers of the Princess Grace Academy, plus an emotionally charged message of wisdom, hope, and respect delivered by the students of Sciences-Po Menton campus.

Performance by Students from the Princess Grace Academy @CelinaLafuentedeLavotha

The Monegasque Association Aux Cœurs Des Mots (ACDM), founded and presided by Hilde Heye, received a special invitation by the Government of Monaco and the International Organization of La Francophonie (OIF) to present its flagship action: the digital francophone writing contest under the theme of equal rights between girls and boys. The ACDM Honorary President is Prince Albert II of Monaco, who has been supporting this initiative since its inception.

ACDM is under the High Patronage of Madame Louise Mushikiwabo, the new Secretary-General of La Francophonie, was created by active women, entrepreneurs, teachers, lawyers, and executives of different countries and cultures. Convinced that increased youth participation is crucial in discussing equal rights for girls and boys, ADM decided to give them a voice through the organization of a writing competition.

Hilde Heye said: “Schools are the most relevant agora to conduct these exchanges,  a neutral place where education is omnipresent and can undoubtedly help change mentalities, regardless of student’s origin, gender or beliefs. It was important for us to connect these schools so that the project had an intercultural dimension, something possible thanks to sharing the same language”. Schools, jury members, members of the association, but also international correspondents who are local relays, all have access to this database.

“It is an area without borders, a place of peace, and tolerance in which they publish photos, films, information about their environment. With 52 countries participating in the contest, it has become a worldwide success. The theme and age changes with each new version of the contest, the ACDM community of girls and boys keep increasing in successive competitions.

Equal Rights for Girls and Boys, for a Better and Just World

For the third edition the theme selected is: “Equal Rights for Girls and Boys, for a Better and Just World,” and classes will have to write a poem to clearly express their thoughts, working on the sounds, rhythm, and musicality. This composition, based on the need for equal rights for girls and boys,  and the importance of respecting those rights to contribute to a more compassionate and juster world. The contest was launched in September 2019 and will end on April 30, 2020, at midnight, with the award ceremony planned for March 2021in the Principality.

A prestigious international jury composed of personalities from different horizons (literature, cinema, music, art, show, etc.), will evaluate the work and select the winning entries. A collection gathering all the works will be published and offered to all participants to enhance their work and allow them to remember these moments of exchange and enriching debates. It will stimulate the desire for reading and writing. These collections will be made available to decision-makers and all relevant actors at the international level as a tool for reflection.