On December 6, 2019, photographers Jean-Charles Vinaj and Olivier Huitel unveiled, their book “Artisans Princiers”, during an exhibition of a selection of 50 of the photos in the Throne Room and the Blue Room at the Palace. They presented Prince Albert with the 300-page photo displaying 400 black and white pictures, with a print-run of 3,000 copies.  The texts accompanying the photos are signed Marie-Alice Leclercq and the graphics were created by Mikaël Barelaud. 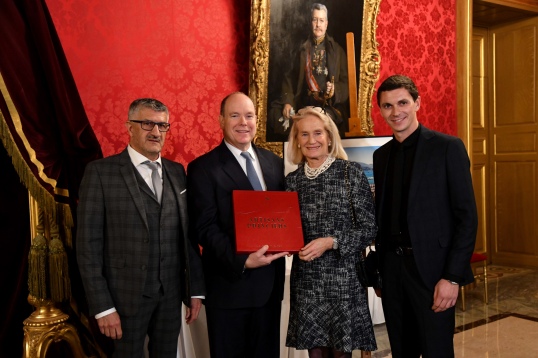 Photographer Jean-Charles Vinaj was at the initiative of this project in association with colleague Olivier Huitel from its conception. Both wanted to highlight the 126 people who work every day in the service of the Prince’s Family and the Palace, and also at the Domaine of Rocagel.

In the Palace everyday jobs become extraordinary, as whatever their role the people working there are part of something out of the ordinary. They offer invaluable support to the Prince’s family allowing them to fulfill their duties and run the Principality. The artisans working in such historic surroundings are certainly motivated to deliver excellence.

The team is truly diverse, as in the household you will find from IT professionals to Engineers, Curators and Chefs, all working as one and together for a shared special purpose. The Prince’s family trusts, and supports them, and is proud of the contribution each one of them makes. They become part of an everlasting experience that they will treasure even if they leave one day. Discretion and confidentiality are of prime importance. Some of the staff have the chance to meet incredible people on a daily basis, specially during State visits.

Prince Albert gladly allowed the photographers to follow the daily life of all these people and their work, during 6 months of filming. Jean-Charles and Olivier would like to thank all the Artisans who have been very available and have played the game to allow them to get the best pictures and showcase them in the spotlight, as they deserve. 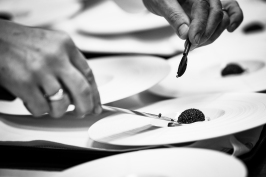 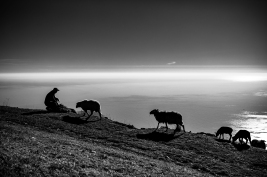 Olivier Huitel said: “We chose to make a black and white photo book, which gives a certain homogeneity to the finished book. We wanted fairness between trades. We tried to highlight each service, both the gardeners and the kitchen, the maintenance, the garage, the farm boys, and more.”

The photographers would like to thank their partner EFG Bank Monaco, which always supports cultural projects promoting the Principality, as well as Multiprint Monaco who accompanied them throughout their work and who also supported the project.

“I am an artisan. I only became an artist when people watch what I do. That is when it becomes art.” Rhys Ifans