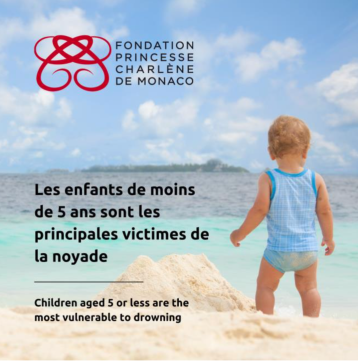 Since its creation in 2012, the core mission of the Princess Charlene of Monaco Foundation is to save lives by putting an end to drowning.

A digital campaign (#drowningprevention) seeks to raise public awareness about drowning prevention, by displaying different key messages throughout the summer. It is aimed at parents of children aged 5 or less, who are the most vulnerable to drowning, but also at youngsters aged 25 or less who can act dangerously near water.

Among young children, drowning often occurs in private swimming pools. Regarding teenagers and adults, drowning happens mainly in lakes and rivers or in unsupervised areas. It is sometimes the result of recklessness and a lack of analysis of one’s surroundings.

For children, it is important to recall the following measures:

Never let children out of your sight close to the water, and make sure that an adult accompanies them at all times when bathing

According to Santé Publique France, drowning is a major cause of death by accident affecting all age groups.

The World Health Organization counts more than 320,000 deaths by drowning each year around the world.

In 2019, the « Learn to Swim » and « Water Safety » programs were implemented in 15 countries by the Princess Charlene of Monaco Foundation. More than 60,000 people, mostly children, were sensitized about water safety and were taught how to swim. 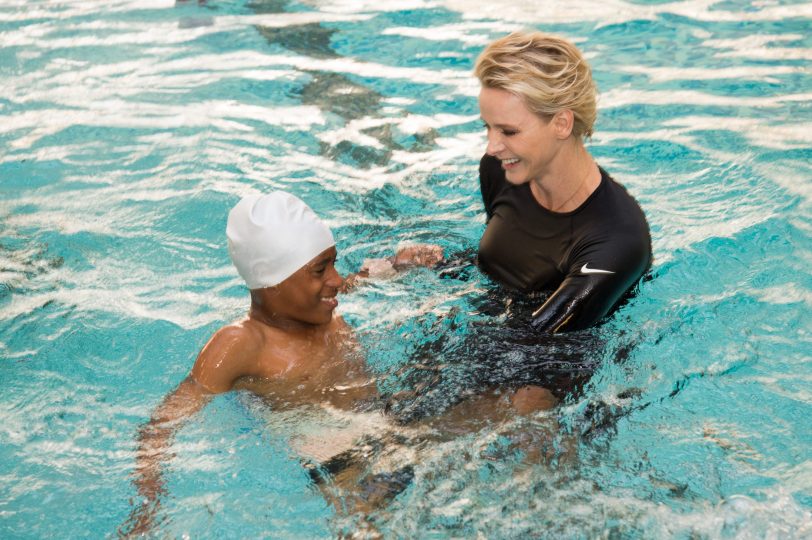 “I grew up around the pool with my sisters. Both of my sisters swam. I was always there. So I thought, why not? My mom put us in the water for water safety, so we were comfortable in the water in case anything ever happened. I learned that way, and started liking it more and more.”Michael Phelps