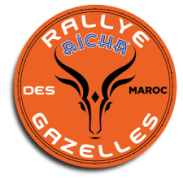 The official ceremonial start of the 28th edition of the Rallye Aicha des Gazelles of Morocco, created in 1990 and organized under the patronage of his majesty King Mohammed VI, took place on the legendary Promenades des Anglais in Nice, France on Saturday, March 17 under sunny skies and crowds of enthusiastic fans, and will culminate in southeast Morocco on Saturday, March 31, 2018.

H.S.H. Princess Stephanie of Monaco and her daughter Pauline Ducruet joined Christian Estrosi, Mayor of Nice, Dominique Serra, Director of the rally , Farida Schera Bakkhouche and her daughter Schanel Bakkhouche (Pauline’s copilot), and all the other participants for the official send off. 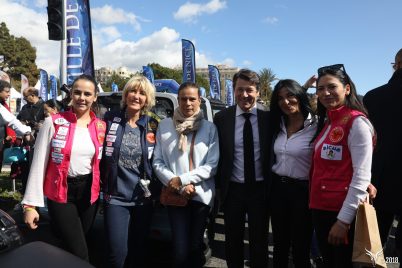 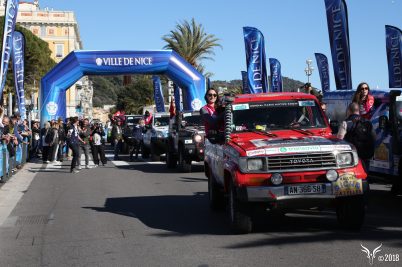 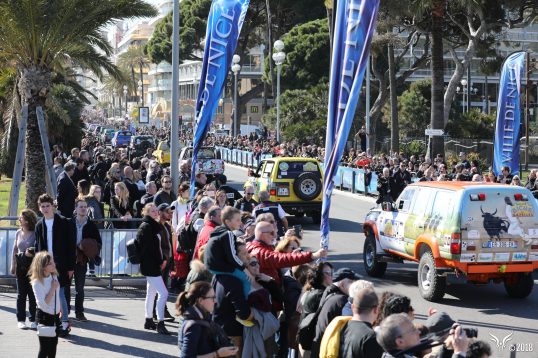 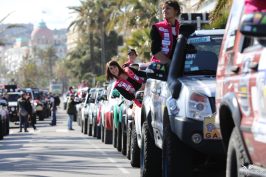 The Gazelles in Nice ready to start the rally RAG180317_Nice @Maienga

Symbolic pre-departure from the Palace Square

Earlier on Saturday and before leaving for Nice, Princess Stephanie had gathered at the Prince’s Palace Square in Monaco for a symbolic pre-departure, with her daughter Pauline Ducruet, who at 23 years old is participating for the first time in the rally with Shanel Bakkouche as her teammate (Team 243). Pauline, who is a graduate of the Parsons School of Design, met Shanel in New York during her fashion studies. On board their Jeep Wrangler, the duo led the parade of six electrical vehicles including Jasmin Grace Grimaldi her copilot Kiera Chaplin, granddaughter of Charlie Chaplin (Team 504), and her friends on board their 4×4’s. 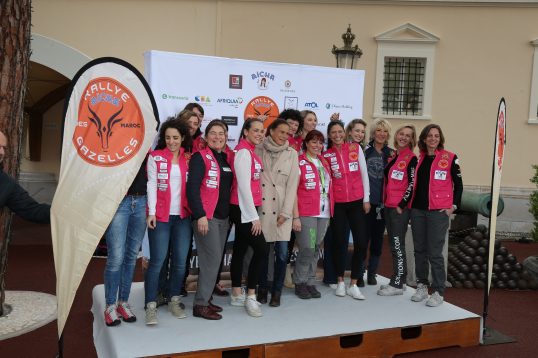 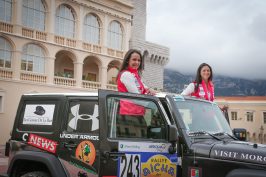 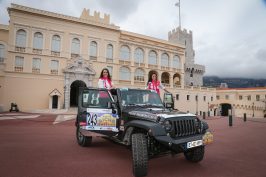 Pauline and Schanel had trained together in Utah last January as part of the several training courses offered by the organizers. They both love the challenge and share a competitive spirit. They are also engaged in defending great causes through the rally, and apart from the Coeur des Gazelles, they participate for their own association called “Schapau” (combining Schanel and Pauline), created in 2017.

Other teams representing the Principality are: Team 22 – Sophie Richard and Sarah E Seddiqui, friends and both nurses at the Cardiothoracic Center of Monaco; Team 310 – Sandrine Martial and Isabelle Faust; and Team 145 – Sophie Challet and Delphine Phardy. 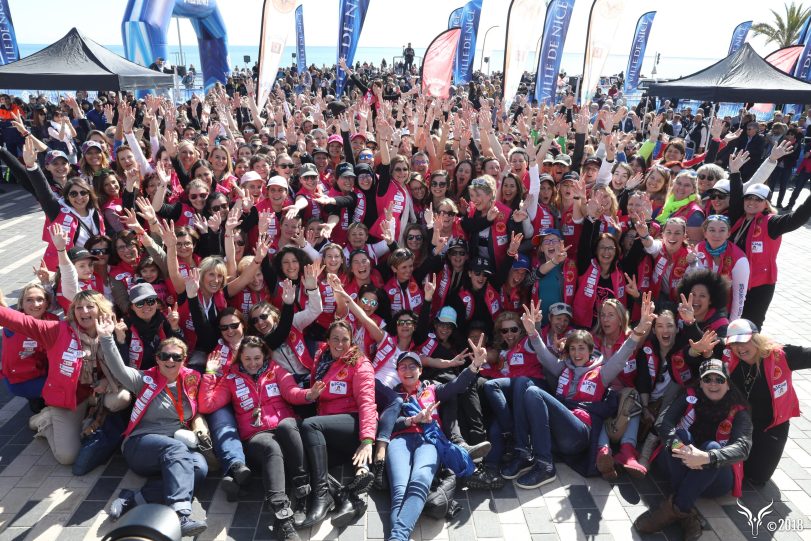 This rally is the largest all-female motorsport competition in the world, with no selection other than their own determination, since they may participate regardless of age, class, nationality or experience.

More than 250 people are involved in securing the logistics, mechanical and medical assistance, for 330 teams with women from 20 to 60 years old, representing 16 nationalities, covering an itinerary of 1,300 Km in 6 stages in the dessert including 2 marathons, in vehicles of 6 categories: 4×4, crossover, camion, quad, motorcycle and electric car. (Photo insert @Maienga)

This atypical race through the Moroccan dessert, where the winner is the team that travels the shortest distance, under the concept of old-school navigation with no GPS, no cellphones, using just maps and compasses, completely off-road with no need for excessive speed and with a single goal: reach all the checkpoints in the shortest possible distance. That is not an easy task, because the smallest navigation error, or terrain relief appreciation will cost dearly in penalty points, at the end of 6 legs.

This rally includes making donations, as each year the social responsibility cause led by the charity association Coeur des Gazelles, collects the equivalent to two tractor-trailers of 100m3 filled with clothing, shoes, toys and basic necessity products.

The items donated are sorted, carefully packaged, and then delivered with the support of So Colissimo in charge of collecting and shipping them to Morocco to benefit people in need.

Friday, March 16 – Technical, administrative and medical verifications at the Allianz Riviera Stadium in Nice – It was the time to control each vehicle from top to toe; place identification stickers on the vehicles, pick up lunch rations, and do medical check ups. To follow the Gazelles visit: Rallye Aicha des Gazelles of Morocco

Dominique Serra, founder and general director of the event reminds participants that the Rallye’s founding values are: courage, adventure, solidarity, friendship and fraternity, and added: “It’s all about sharing, emotion and communication and the fact that we are still going strong after 28 years is because, as women, you have all of those qualities!”